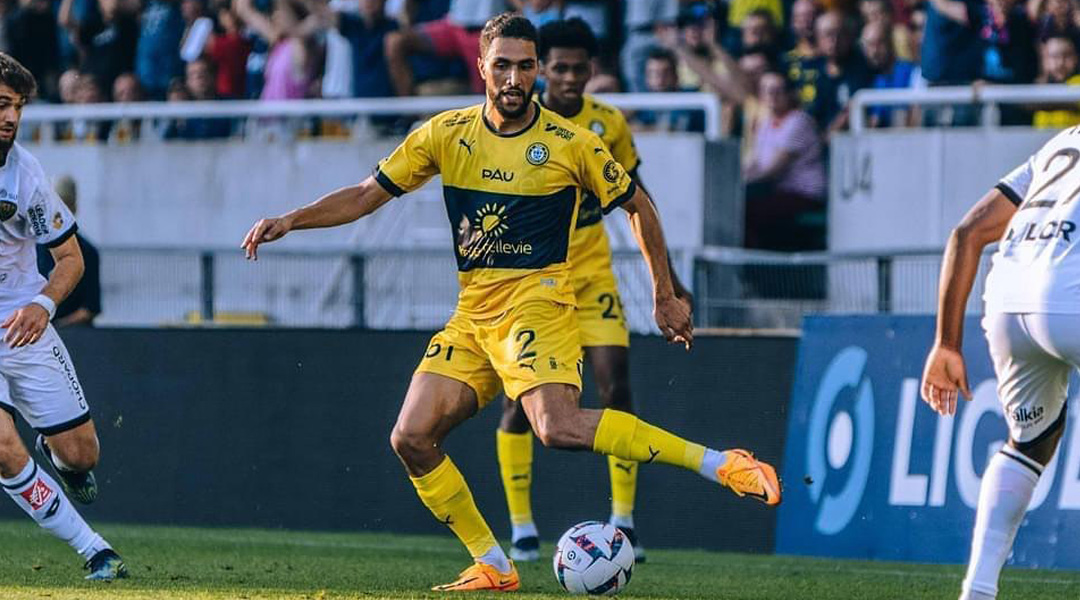 Those who routinely watched former York United left-back Diyaeddine Abzi bomb down the left flank knew he would be destined for greater pastures, with the star CPL athlete finally securing a move to French Ligue 2 side Pau FC this summer.

Speaking with Le Republique Des Pyrenees, the former Nine Stripe touched on his ambitions with the Ligue 2 side, with his new head coach confirming that York’s all-time appearance leader has the potential to go even further.

“When I arrived in France, I made a big leap in level,” said Abzi of the move. “I still have defensive difficulties. I learn, I improve. I’m a full-back, it’s just a matter of time for me to develop defensive qualities and be able to bring them to all levels, in defense and in attack.”

Canadian Premier League fans are well familiar with Abzi’s performances on both ends of the pitch, where he’s been a staple since the inception of the four-year-old league. Arriving as a relatively unknown rookie in 2019, he’s proven to be fast-footed full-back with a good eye for set-pieces, too.

Pau FC head coach Didier Tholot revealed that the club had done its fair share of research on Abzi before approaching York United, examining many matches before reaching out to the player and discussing the profile they wanted him to fill.

“I told him what we wanted to do,” said Tholot. “There, he is certainly not at 100% of his possibilities. He has talent, but it still lacks tactical rigor. That’s what we have to give him. Afterwards, he is a player who has volume, who has feet: it is interesting for a coach.”

Tholot’s impression of Abzi is that he has the potential to go higher, so long as has the desire and mental fortitude to get there.

Northern Tribune has also learned that Paul Stalteri sought to bring the left-back with him to Toronto FC, but an injury at the time of his trial invitation curtailed such a move. Instead, he opted to remain with the Nine Stripes and bide his time for another move upwards.

Pau FC came into the picture not long after that, and the rest is history.

While Abzi experienced his first taste of youth international action with Canada through the Olympic Qualifiers, the Morocco-born full-back remains flexibile on where his national team future lies – and that’s one of the big reasons he opted to test himself abroad.

“A lot of Ligue 2 players go to the national team,” he says. “It gives greater visibility. It is a goal to become an international.”

Abzi has already starting collecting good minutes out on Pau’s left flank, where he’s succeeded Kenji-Van Botoin in the position. He’s made three appearances for the second division side, securing two draws after falling to a tough loss on his debut.

Abzi’s long journey to France took an unusual root for a dual national, with the left-back developing without the aid of a professional academy. Rather, he tested himself on futsal courts in Quebec, developing his technical skills in a flurry of one-on-one duels and even earning an national team nod for such in 2018.

It wasn’t until on year later, after dipping his toes in Quebec’s top amateur league with AS Blainville, that Abzi earned his first professional opportunity with York United. Sensing his potential, they had the attack-minded athlete molded into a modern full-back.

It didn’t take him long to establish himself as one of the best and brightest in the league, with his three-and-a-half seasons in green seeing him contribute eight goals and nine assists in 76 appearances, which is still the most made by any York United athlete.

The decision for him to leave wasn’t easy, but Tholot and Pau FC Vice President Joel Lopez made his next step much clearer. With his contract set to expire, York United did well to obtain some value from the deal, netting a transfer fee and a significant sell-on clause should Pau sell him. They ultimately bringing in Paris Gee as his replacement.

“I couldn’t refuse, and I chose to come to Pau,” said Abzi. “I signed three years. I never imagined coming to play in Europe, and now that I have sized this opportunity I want to take advantage of it.”