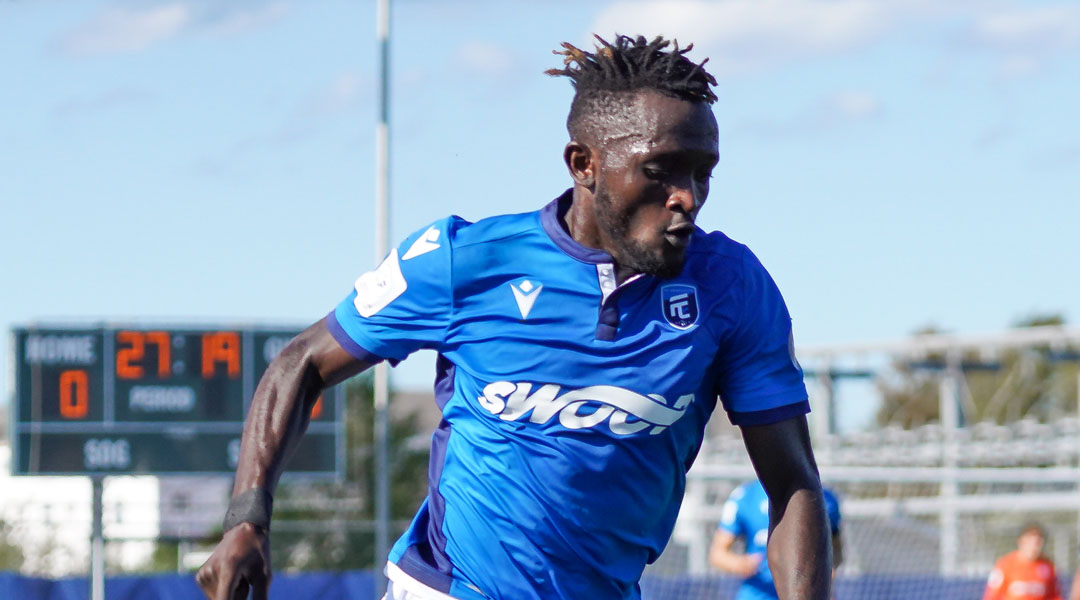 FC Edmonton’s Jeannot Esua is taking his next steps in Finland.

The Cameroonian full-back was a regular starter for the Eddies across the last three seasons, though he found himself losing minutes at the tail end of the 2021 CPL season.

The 25-year-old has now signed with Finnish second division side PEPO Lappeenranta, who earned promotion from the third tier last year.

The 2019 FC Edmonton Player of the Year was a frequent sight on the Eddies’ right flank, and departs with fifty club appearances to his name.

Jeannot had first broken into the professional game in the USL through Orange County SC, where he made eleven appearances before returning to his native Cameroon. His return to North American football through FC Edmonton lasted three seasons.

FC Edmonton is set for a near-total squad overhaul now that the club is being run by the league, with only a few academy youngsters expected to survive the drastic roster rebuild.

Esua will be expecting to remain a starter following his move to the Finnish second division. He’s not the only Eddie to move abroad during this offseason window, either.

There’s a strong link between Canada and PEPO, with Zachary Sukunda and Jeff Addai currently there, too.

FC Edmonton has yet to confirm any members of its current roster, though we know it’ll feature several intra-league loans. The club will start off its season at home on Sunday, April 10 against Valour FC.