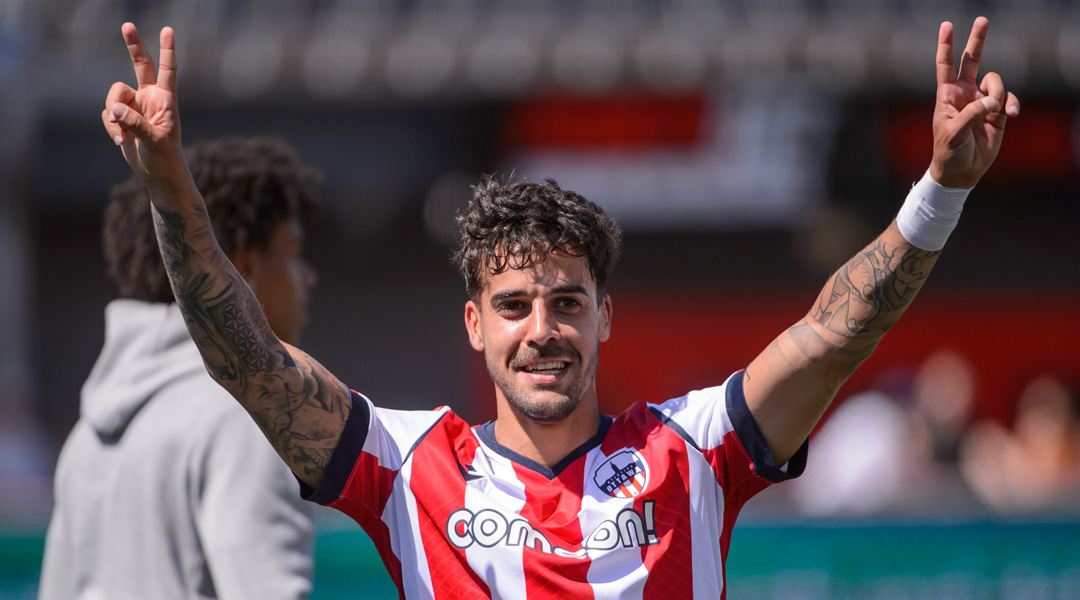 The 30-year-old defender was on an option year with Atletico Ottawa, who evidently hadn’t elected to retain the Spanish international.

Perez had initially arrived to the nation’s capital as a defensive depth loanee from from UD San Sebastian de los Reyes (Sanse), with the regular season winners eventually signing him for the remainder of the year.

Perez made eight appearances for the side in all, featuring in one of the season’s most confusing goal moments. His last appearance saw him come on as a late game substitute in the club’s CPL Final loss to Forge.

He becomes the first outbound roster update for Atletico Ottawa outside of the club’s international loaned talent, though Spanish full-back Miguel Acosta will remain with the side.

Perez had featured 18 matches for his former parent club Sanse before his stint in Canada.

Having developed through the Atletico Madrid academy, he made his debut for the side in the Copa del Rey before landing with the likes of Getafe CF B, Yeclano Deportivo, and Real Mercia CF prior.

Located in San Javier, his new side Mar Menor FC operate in the lower leagues of Spanish football and were founded relatively recently in 2007.