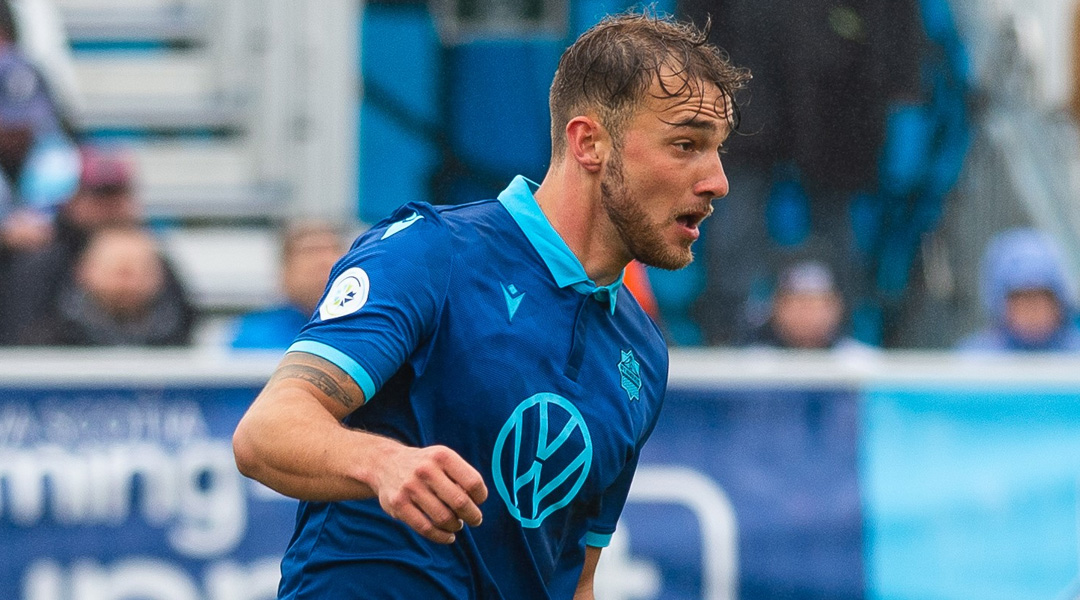 Though fans knew ahead of time that Peter Schaale intended to return to his studies at Cape Breton University on a full-time basis, that doesn’t make today’s news any easier for Halifax Wanderers fans to hear: Schaale has confirmed that this Saturday’s match against Cavalry FC will be his last in Wanderers blue – at least for now.

The six-foot-three center-back has put in several solid performances for the East Coast club this year, clocking in an impressive 1,890 minutes of game time out of a possible 2,070. His only goal for the club came from a right-footed effort against York9 FC.

The experience left head coach and general manager Stephen Hart with only positives things to say about the German defender:

He’s adapted well, Peter has been a big part of the team both on and off the field. We’re sad to see him go but we do believe his education is important.

Since Schaale was signed through the CPL-U SPORTS draft, he’ll be eligible to play for the Cape Breton Capers while he completes his business degree. He’s already held discussions with Stephen Hart about returning to the club for the 2020 season once his post-secondary education is complete.

It’s been a great experience for me getting my first professional minutes and things have turned out well for my own development and I enjoyed every bit of it.

Hart said both parties are happy with one another, so it seems very likely that Schaale will return as a Wanderer for the 2020 season.

The club has confirmed that it is already in talks with another defender to replace Schaale after he departs. Given the club’s run of injuries and knocks of late, Hart will need all the bodies he can get.

Schaale will be a big miss for the remainder of inaugural Canadian Premier League fall season. One can expect that he will get a hearty farewell from the kitchen this weekend.