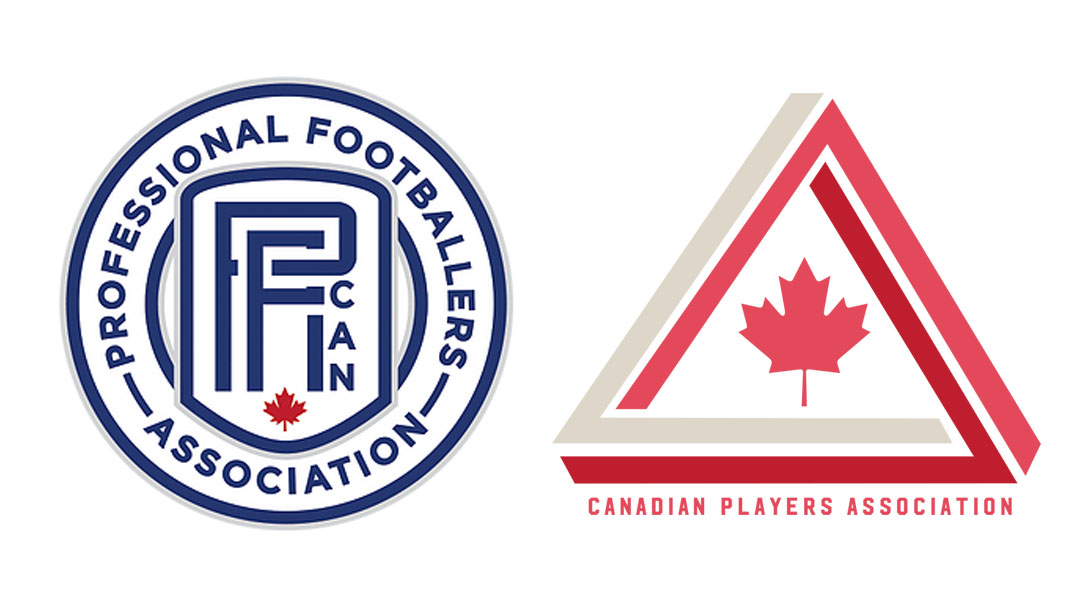 The Professional Footballers Association Canada has officially partnered with the Canadian Soccer Players Association, marking a significant milestone for both unions as they fight to improve the rights for those they represent.

The partnership between the two will see each side remain functionally independent, with PFACan and CSPA sharing resources to help their cause within the context of what they describe as the four pillars of the Canadian football landscape: the men’s and women’s national leagues (albeit Canada still has no professional women’s league as of yet), and the men’s and women’s national teams.

PFA Canada announced itself last August following a salary-deferral-turned-permanent-cut for Canadian Premier League athletes that took place without those players being forewarned. In the time since, the union has run what appears to be a very successful membership drive in an effort to collectively represent CPL athletes, though the league has avoided any formal sitdowns with PFA Canada as of yet. The union acquired FIFPRO membership earlier this year, giving it access to significant backing.

Driving out decision to pursue this partnership with PFACan was the opportunity to connect and collaborate with our professional colleagues at home and abroad. We want to ensure that the rights of working athletes remain top of mind for those involved in the industry and advance gender equity as a guiding development principle throughout soccer.

The 2021 Canadian Premier League season has been a big one for the union movement, with league athletes organizing a pro-union message during the pre-game ceremonies to send a unified message to CPL brass. We spoke with a number of CPL athletes who wished to remain anonymous about their fight for collective representation, where they unilaterally said money wasn’t the motive: moreso, this was about getting a place at the table in a league where they felt they didn’t have a voice.

For us, the current state of women’s football demonstrates the importance of player unity and the need to centre players in conversations concerning their well-being on and off the pitch. Standing with PFACan strengthens that ability while we continue to do our part in progressing the standing of international women’s football.

The women’s national team has done exceedingly well given that there’s no professional domestic division for its own athletes to play in, with the semi-professional club competition of League1 Ontario representing the highest level of club football here right now, though there are hopes in lieu of a pro league that a NWSL franchise will soon land in Canada.

Recently-retired national team member Diana Matheson hopes to see more wage equity for the next generation of female talent, noting that her own experiences as a female professional athlete saw her unable to move out of her parents’ house whilst in Canada due to the lack of financial compensation for her work, which had to be done abroad.

In the Canadian Premier League, wages have been a big talking point ever since the league launched three years ago. While the salary cap is set for a bump next season, it’s easy to forget that the last twelve months have seen several CPL athletes opt to leave the professional game to pursue more financially stable careers elsewhere: Luca Gasparotto, Jason Beaulieu, Chance Carter, and Dylan Carreiro all left the game at a point where their careers were either in their prime, or were just getting started.

Both player associations hope to help retiring athletes land safely as they begin their post-playing careers, too, with PFACan hoping to establish a business and opportunities committee to prepare players for new career paths, along with procuring paid internships and apprenticeships for its union members.

PFA Canada President Marcel de Jong – who spent 17 years as a professional athlete – hopes to see the partnership flourish due to the well-aligned ambitions of both associations.

The objectives bringing the groups together are equity and fairness, and the recognition of players as legitimate stakeholders entitled to a formal voice. These goals and our shared desire to prepare our members for life-after-football are the reasons why we feel this affiliation is good for the game and the players we serve.

In response to driving calls for unionization, the league did make a shift towards some transparency when it comes to wages: this season saw the league release details for the current salary cap after PFA Canada went on record to stated that over half of the league’s players made less than $22,000 in 2019.

As both PFACan and the CSPA emphasized, however, both parties strive well beyond financial motives, and hope to amplify athlete voices while establishing more equity, and fairness for those the respective players associations represent – though they still have a long way to go.

The growing athletes’ movement in Canada has arrived at a crucial moment: the economic and social effects of the ongoing pandemic combined with unresolved issues concerning gender, race, and sexual abuse in soccer demands meaningful player consultation and participation. Collaborating with CSPA will only improve our collective prospects and will create lasting, positive change in favour of players, our sport, and our communities.

While what happens next remains to be seen, the two players associations announcing a formal partnership will see their resources expand and, as time goes on, could make a difference for the players each party represents.