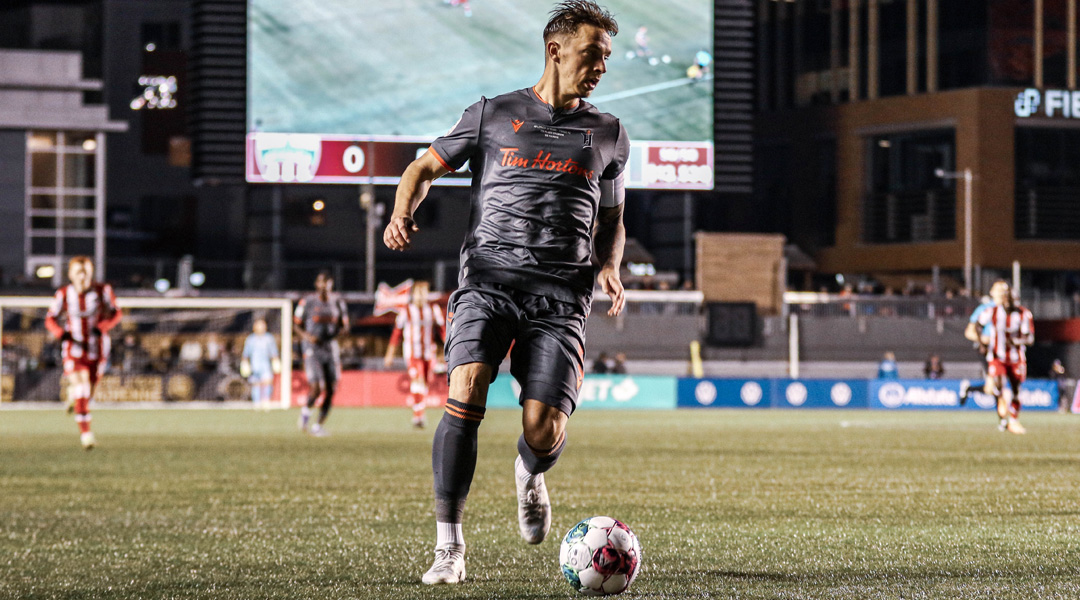 The 26-year-old centreback has had plenty of eyes on him since he captained Forge to a third title win ahead of a free agency period that saw him join the Vancouver Whitecaps for preseason in Spain, departing last week amid USL interest.

Given that he penned an open farewell letter of Forge Sunday night, it’s no shock to see his new club reveal itself rather quickly.

“Daniel is an incredibly athletic defender that can beat you on the ground and in the air,” stated Phoenix Rising head coach Juan Guerra today. “His willingness to throw his body into challenges and his winning pedigree are great additions to our roster as we head into 2023.”

Krutzen had shown that consistently while with Forge, making eighty appearances as the team impressed through action both domestic and continental, with Forge making it further into Concacaf League with each successive year before qualifying for the Champions League in 2021. While Krutzen suffered a long-term injury that sidelined him for most of 2022, he returned during playoffs and captained the team for its 2-0 win over Atletico Ottawa in the CPL Final.

This won’t be the left-footed defender’s first playing spell in Arizona, with Krutzen having featured for FC Tucson back in 2017. This was followed by a short stint at Reading United before he took the orange shirt of Forge FC, helping them reach four consecutive CPL Finals.

Suffice to say, there’ll be several eyes on him in the USL Championship.

“I just want to tell the fans that I’m super excited to be in Phoenix and that I can’t wait to play in front of them,” added Krutzen. “Without fans our sport doesn’t mean much so it’s all about the fan experience, and our job as players is to make it exciting for them to come to the games and cheer us on.”

Krutzen had acquired his permanent residency in Canada last season, though his next career steps will take place stateside.

Krutzen’s new club has historically finished high in the USL Championship rankings, finishing as their conference’s regular season champions in 2019 and 2021 before falling to tenth place last year. Krutzen comes in as a big addition to the Pheonix backline, and will suit up against Monterey Bay’s Morey Doner in the western division – a team led by former Pheonix Rising head coach Frank Yallop.