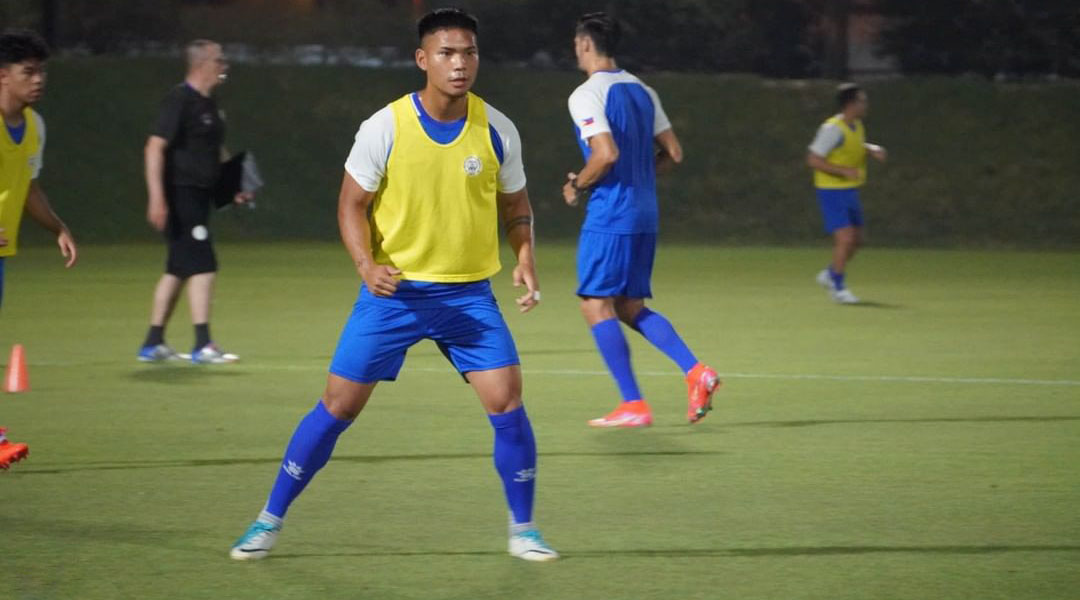 Pacific FC midfielder Matthew Baldisimo will need to wait a little longer to make his international debut with The Philippines.

The 23-year-old midfielder accepted the call-up from the archipelagic country early last month, joining the national team for training camp in Qatar ahead of joint AFC Asian Cup 2023 and FIFA World Cup 2022 Qualifying matches against China, Guam, and the Maldives.

Unfortunately, a registration issue caught late into his stay at camp meant he was unable to feature in the country’s first match against China.

I’m here, actually, and found out that something went wrong with registration, so I couldn’t play.

This Monday saw the Philippines fall to a 0-2 loss against China, with second half goals from Weu Lei and Wu Xinghan propelling the ‘home’ side to victory at Sharjah Stadium in the United Arab Emirates, where they enjoyed a whopping 74% of possession. With that, Baldisimo’s national team remains third place in the group, now six points behind second-placed China.

Yesterday’s match was The Azkals first match since a 0-1 defeat against Syria that took place back in November 2019.

It is unclear how quickly Baldisimo’s registration issues can be fixed: with a match against Guam set for this Friday and another match against the Maldives four days after that, there’s a lot of action left to be played that Baldisimo would surely like to take part in. Otherwise, he’ll depart from camp having had a good taste of the talent level with The Azkals, but it will be a disappointment if he isn’t able to take to the pitch for them.

It’s a moment he has been waiting some time for, with a representative of The Philippines having first reached out to him ahead of the 2020 Canadian Premier League season. He was quietly slated to join the side last year, before the ongoing COVID-19 pandemic delayed the national team’s qualification efforts.

Baldisimo went on to play well at The Island Games, notching his first CPL assist in a regular season match against Valour FC.

Prior to accepting his a call up for The Philippines, Vancouver-born Matthew Baldisimo saw his opportunities with Les Rouges run dry after having featuring for the country at the youth level, where he had even captained the side at the 2015 Concacaf U-17 Championship. With the Pacific FC midfielder finding himself outside of John Herdman’s plans for the last few years, however, the choice to lock in his allegiance with The Philippines was an obvious one to make.

Baldisimo is eligible for the country through his parents, and while he hasn’t travelled there yet he still has several relatives spread throughout the country. Ahead of The Azkals‘ camp in Qatar, the midfielder stated he felt no pressure despite not knowing his new teammates, and was simply excited to see what level of talent the other athletes bring.

At the club level, the 23-year-old has accumulated some 85 professional appearances from his time with The Whitecaps FC 2, Fresno FC, and current club Pacific FC. Once Baldisimo returns to the Tridents after his first time out with the Philippines, it won’t be long before he travels to Winnipeg for a bubbled start to the 2021 Canadian Premier League season.