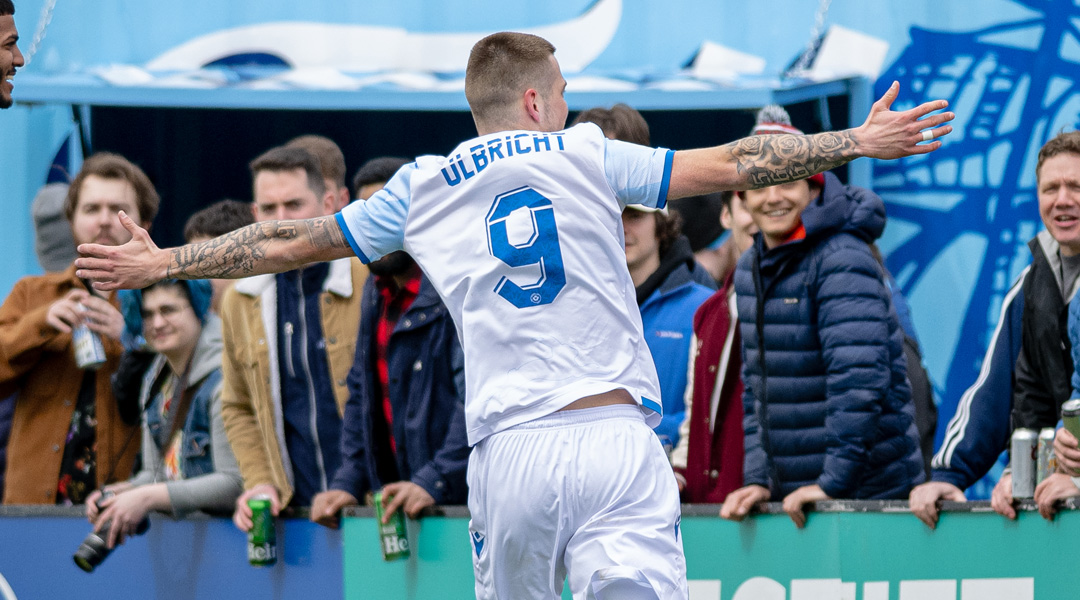 York United has recalled striker Julian Ulbricht from FC Edmonton and has transferred him to German club Phonix Lubeck.

His now-former CPL side retain a percentage of any future transfer as part of the deal.

The 23-year-old striker had struggled to produce goals throughout his two seasons in the Canadian Premier League, bagging one in nine appearances with FC Edmonton and three in nineteen league appearances for parent club York United.

The Hamburg-born centre-forward had only cracked the matchday roster three times in FC Edmonton’s last nine matches, coming off the bench just once for a twenty minute stint. Remarkably, just two of his 29 appearances for CPL sides saw him play for a full ninety.

With Ulbricht having recently dropped out of favour on loan, a career reset back home was deemed to be best for all parties involved.

The German striker had first signed with York United on the final day of the European transfer window in 2020, prior to which he had already been playing with Phonix Lubeck in the German fourth tier.

Ulbricht’s career has also seen the centre forward suit up for FC Saint Pauli and Hamburger SV II. With his first experience playing abroad now behind him, it remains to be seen how he’ll settle back into the highly-competitive German lower leagues.

The Nine Stripes have also confirmed our earlier report that Mamadou Kane will go on loan to FC Edmonton in Ulbricht’s stead.

“Julian has been presented with a good opportunity back in Germany with his former club. It made sense for all parties, given the fact he could secure his playing future. The club has retained a sell-on as part of the agreement with Lubeck,” said Angus McNab. “With Julian leaving Edmonton, Alan and I had a quick chat and this was a great fit for Mamadou [Kane] to continue his development. He can get minutes as a number nine and that’s an opportunity we couldn’t present so it’s the best situation for all.”

York United still have a number players out on loan with FC Edmonton with the aforementioned Mamadou Kane, Felix N’sa, Tobias Warschewski, and Azriel Gonzalez. Despite the majority of their squad being on-loan talent, they rest just one point behind York United in league standings.