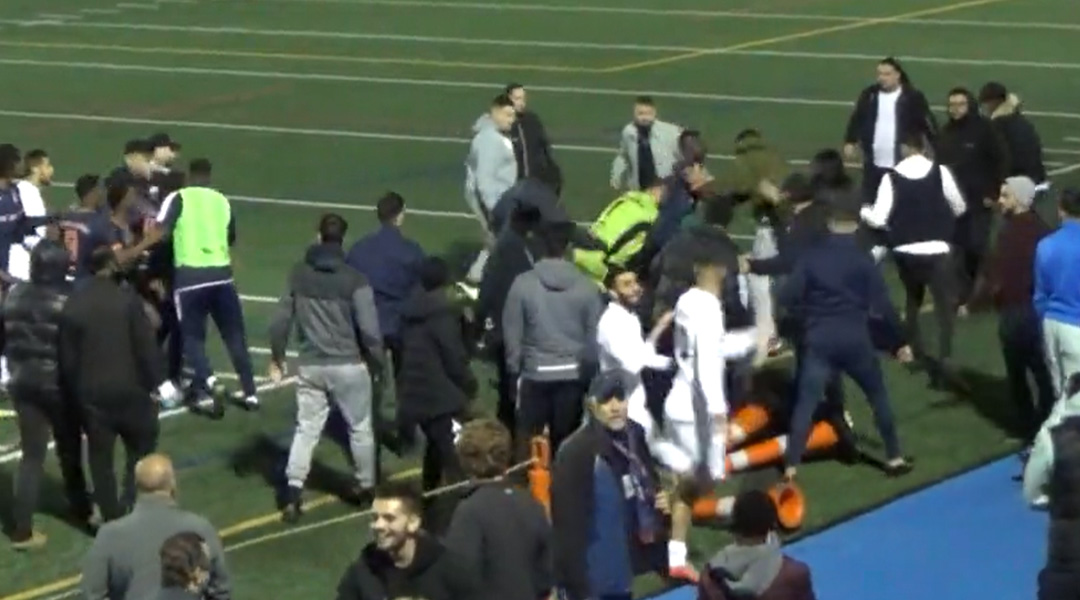 The game between the two top-half PLSQ teams devolved into a general brawl in the 73rd which stretched from the stands to the field, with both spectators and players becoming involved in the incident.

The referee made an on-the-spot decision to end the match prematurely as the Dollard-des-Ormeaux dust-up put all spectators, staff, and athletes in a dangerous situation.

The PLSQ has now released a statement saying that is condemns what is calls a disgraceful incident, with both clubs being handed a default loss following the match-ending brawl.

The conclusion of the regular season has been a frustrating one for both teams, with expansion side CS Saint-Laurent narrowly losing out on the championship to FC Laval, whilst previous title holders CS Mont-Royal Outremont had already fallen out of the running.

The league, however, has made it clear that this was no excuse for what happened

“Regardless of the level and the stakes, the priority will always be the safety of the players, referees and spectators during a match,” said Soccer Quebec Director Martin DesGroseilliers. “Of course, a PLSQ game can be intense, but the events of this duel go far beyond the normal framework of a high-level game, and I strongly condemn them.”

CS Saint-Laurent’s semi-final match in the upcoming PLSQ Cup has also been impacted, with a further sanction from the league now ensuring that the match will be played behind closed doors without spectators. The new location for this match has yet to be determined.

It’s certainly a rarity for a football match to result in a loss for both teams, but the PLSQ states that it will apply the rules to the letter in a bid to make an example of the incident.

Mont-Royal Outremont was winning 2-1 before the match was called off, with the league-handed loss also meaning that the club will now miss out on a Couple PLSQ berth that it would have bagged with a win or a tie.

The regional soccer association for Lac St-Louis, where both teams hail from, has also condemned the events and will assist the PLSQ and Soccer Quebec in the hopes to create future security measures that will prevent any repeat incidents from occurring.