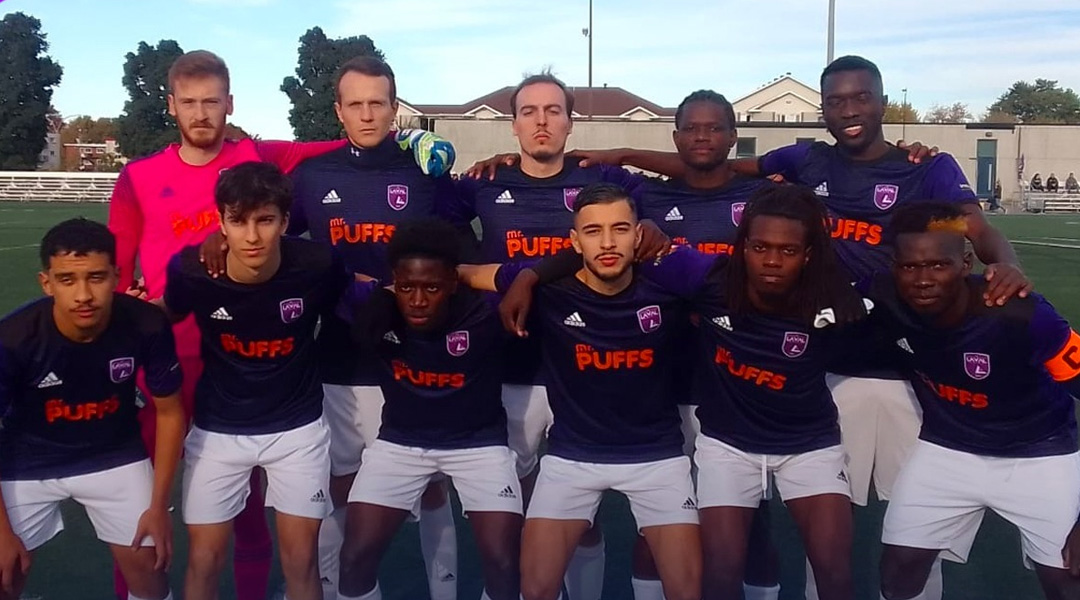 FC Laval has hoisted the PLSQ trophy for the first time in club history.

The championship-winning season comes not long after the club – formerly known as CS Fabrose – formed a new identity after merging with local youth sides CS Chromedey and Delta Laval, with the trio undergoing the unified label of FC Laval just last year.

The title-clinching result came at Cegep Montmorency with a 3-1 win over local rivals AS Laval, with a brace from Riad Bey and a sole effort from Ryan Moteng Kamsu paving way for the celebrations.

What makes the feat even more emotional is the amount of young faces active in the club’s roster, which is comprised of several athletes between the ages of 18-20. The young-leaning team is anchored around two well-known veterans, Wandrille Lefevre and Adama Sissoko, who have certainly helped the rest of the squad reach their full potential.

“The strength of this group of youngsters is that they act like veterans,” said head coach Boubacar Coulibaly ahead of the decisive match. “They are players who don’t get upset, who are very calm.”

The club has been the developing grounds of a few CPL talents, like playoff-bound duo Zakaria Bahous and Garven Metusala. Suffice to say, there’ll be scouts from professional ranks watching FC Laval to see if there are further undiscovered gems in the purple ranks.

For now, however, FC Laval can celebrate the title win after a close-knit race against CS St-Laurent, an expansion side that kept itself a contender straight through to the very end.

Related: Everything You Need To Know About the 2022 PLSQ Season

In the eleven seasons that the PLSQ has run, eight of those years have seen either AS Blainville and CS Mont-Royale Outremont hoist the trophy. FC Laval becomes just the fifth team to win the league after the aforementioned duo, the now-defunct FC St Leonard, and the similarly youth-focused CS Longueuil.

The club’s victory now means that FC Laval has earned a berth in the 2023 Canadian Championship, where they’ll be drawn against professional clubs from coast-to-coast. They aren’t the only semi-pro team in the running, however, with League1 Ontario’s Vaughan Azzurri securing entrance after an undefeated season.

There is an expectation that the champion from the newly-formed League1 BC will join the domestic cup hunt at some point, too.

With FC Laval’s Wandrille Lefevre having featured in no less than 14 Canadian Championship bouts – one of which nearly provided a shock over the Halifax Wanderers last year – it’s clear that the new PLSQ champions will hope to bank on his experience in next year’s knockout match.

As the new reigning champions, FC Laval will also participate in the 2022 Coupe PLSQ for which runners-up CS Saint-Laurent and AS Blainville have already qualified.