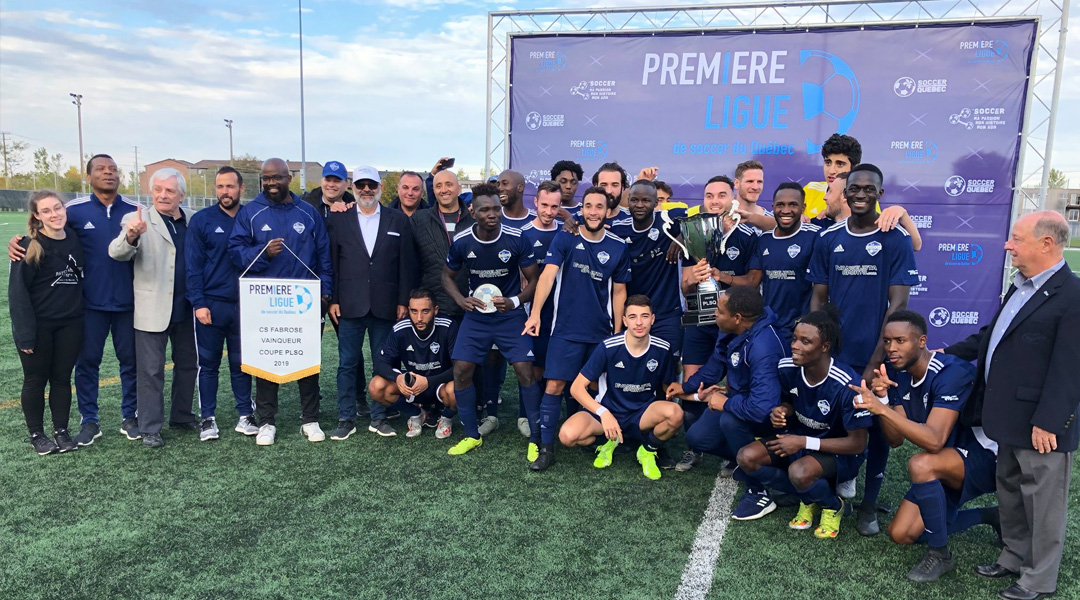 CS Fabrose has won its first piece of PLSQ silverware.

The Laval-based club finished fourth in the regular season, but put together an impressive cup run that would see them knock out league winners AS Blainville in the semi-final and safely dispatch CS Mont-Royal Outremont in the 2019 PLSQ Cup Final.

CS Fabrose got off to a quick start with Patrick Nzanzimfura putting the underdogs in front in the 19th minute, with Riad Bey doubling the lead in the 37th minute with a fine shot that found the top left corner of the net. A superb defensive outing from the Fabrose defenders would see the club continue its cup upset to claim its first-ever trophy.


Losing out on the finals after an impressive run will feel par for the course for CS Mont-Royal, who finished the league on equal points with champions AS Blainville but finished second through tiebreakers.

Still, that doesn’t take away from the impressiveness of what CS Fabrose has done. While the club itself has existed since the ’70s, it only joined the PLSQ last year, quickly proving that it has what it takes to compete with more veteran clubs.

I’m very happy for the club, because we had to make this decision to go to PLSQ, we have one of the youngest players in the PLSQ and today we had four or five players trained at the club on our game sheet, which is also a form of pride,” said Katako. I hope that what we did there on October 12 will allow the club to continue to grow and be even more ambitious next year.

Now that CS Fabrose has its first piece of silverware, it’ll be interesting to see if the young club can build off of this platform and push to break AS Blainville’s vice-like grip on the league itself – especially since the league is currently the only pathway for a PLSQ club to qualify for the Canadian Championship.


Across the provincial border, a similar upset occurred in League1 Ontario action, with Master’s Futbol Academy winning the playoffs to secure its first-ever trophy. Unlike previous years, a competition for the League1 Ontario Cup was not held in conjunction with the regular season.

More Canadian soccer history is due to unfold in the near future as the upcoming Canadian Premier League finals will determine whether Cavalry FC or Forge FC will win the inaugural campaign of Canada’s only domestic professional football league.