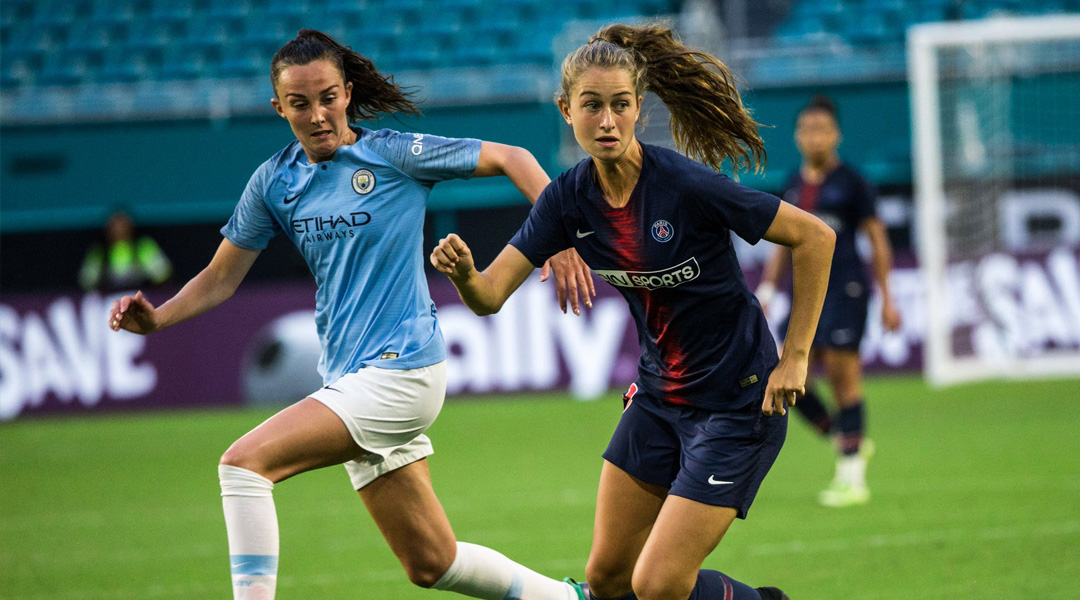 Having made her debut for the Canadian national women’s team at the age of 15, it was no secret that Jordyn Huitema was something special. Just nine days after turning 18, the young Canadian forward has signed a four-year contract with Ligue 1 Féminine giants Paris Saint-Germain.

The signing comes after Huitema, who trained with the Vancouver Whitecaps Girls Elite, made a handful of guest appearances for Paris Saint-Germain at the Women’s International Champions Cup last July. This led to plenty of speculation that PSG was chasing after the tall forward, who was finishing up her highschool diploma at the time.

Having graduated in January, Huitema opted out of attending college to jump straight into the professional game. The Chilliwack-born player admitted it was a difficult decision:

School was very very important to me growing up. That’s why it was so a hard decision to go off of that path and start creating my own path and kind of paving the way for younger kids to see two options instead of one. So that was the whole goal — to be the first-ever female soccer player in Canada to go pro straight out of high school, just trying to pave what could be a bumpy road a little smoother for the next kid to come through and do the same thing.”

Huitema has netted six goals in 19 games for the Canadian women’s national team, and won the Golden Boot last year at the CONCACAF U-20 Women’s Championship. She then captained the Canada U-17s to a successful Women’s U-17 World Cup qualifying campaign. All-in-all, she made history by becoming the first player to score for Canada’s U-17, U-20, and senior teams all within the same year. It came as no surprise when the Canada Soccer Association named her as Female Youth International Player of the Year last December.

We are delighted to have reached an agreement with Jordyn Huitema. She is a player with great potential and a good margin for progression. Despite her young age, Jordyn has already made her mark on Canada’s national team, which says a lot about her talent and character. Her profile fits perfectly into the Paris Saint-Germain project.

PSG finished the 2018-2019 season in second place for the second year running, with Lyon taking the title on both occasions. The team reached the quarter finals of the Champions League, and will be hoping that Huitema can form a good partnership with Marie-Antoinette Katoto, who banged in 22 goals in just 20 appearances to finish as the league’s top goalscorer.

Huitema will join fellow Canadian international Ashley Lawrence at Paris Saint-Germain. After graduating from West Virginia University in 2017, Lawrence was quickly snapped up by the Division 1 Féminine side, and recently signed a multi-year extension this December – so fans can expect to see both Canadians represent PSG for the foreseeable future.

Huitema will be France-bound even prior to her start with PSG, as her next step is to help Canada challenge for the Women’s World Cup this June. The 24-country tournament will give her ample opportunity to impress on the world’s biggest stage against the best female athletes out there.

Today, she made a substitute appearance as Canada won 3-0 over Mexico in the squad’s final friendly match before the Women’s World Cup campaign begins. Suffice to say, it’s been a busy week for the teenager as she prepares for a pro career in Paris.

It’s a setting that Huitema believes she will thrive in. As she puts it, she chose PSG for “the atmosphere of the club, the players, France, Paris itself – such a football-driven country.”

Now, she gets to contribute to the atmosphere that attracted her there in the first place. Having just turned 18, Huitema’s future is looking bright.