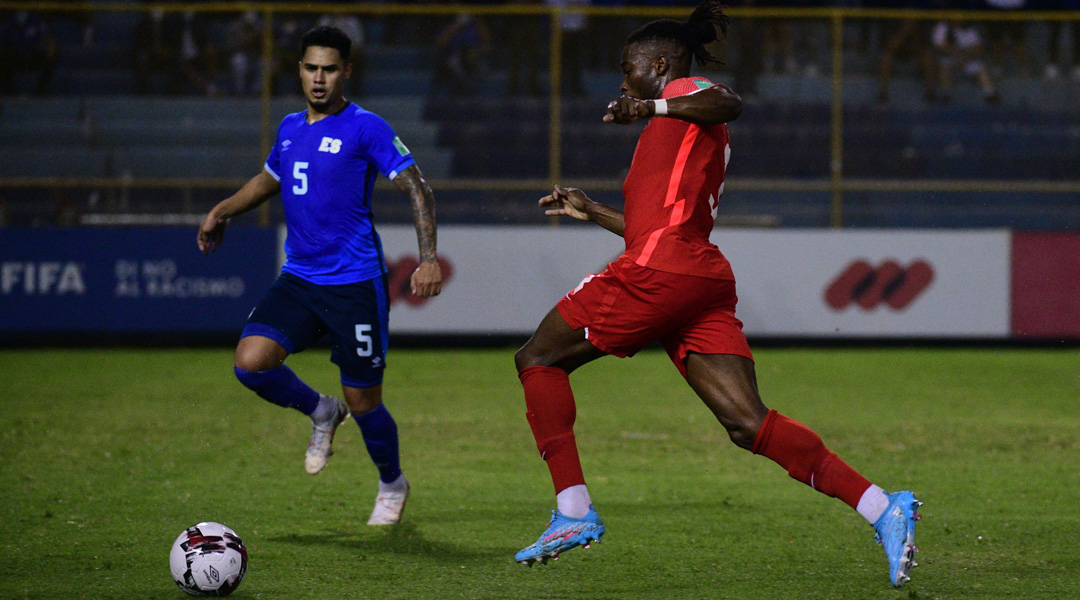 The Canucks have now snatched nine points with a flawless window, winning each game 2-0 against Honduras, the United States and El Salvador. The most impressive fact about this is the fact that they did it without the best player in the region, Alphonso Davies.

This article will start with a recap of how close we were to not having this magical run, followed by the El Salvador recap and then we’ll look at scenarios.

I think anyone reading this would agree that COVID-19 is the absolute worst. The pandemic continues to drag on and has continued to cause unhappiness amongst every single human being. There is one good thing to come from the pandemic however, and that’s the fact that Canada now has an actual chance to make the World Cup.

The eight team table was not the original plan for CONCACAF’s World Cup qualifying. The original plan was for the top six teams to play each other twice, with the top three teams automatically making the World Cup. The top six were based on FIFA’s coefficient rankings, where Canada ranked seventh.

To qualify pre-pandemic, Canada would have had to win their group (6-8 games), played two-legged knockout stages against the other seven winners (6 games) and even then, they were not guaranteed a spot in the World Cup. The CONCACAF teams ranked 7-35 only had an opportunity to play in the intercontinental playoffs where they could have faced a South American team or an Asian team.

Basically, Canada would have to be even more perfect than they are currently playing to qualify in that system. There’s little room for slip up in the group stage and no margin for error afterwards. The pandemic nixed CONCACAF’s dumb plans and replaced it with what we have now, and because of that, Canada is undefeated in their 11 games played and currently on a six game win streak.

The Win Over El Salvador:

Let’s be real, as good of a result this was, this game absolutely sucked. The first half was an absolute snooze fest with no real chances for other teams. The second half started much the same way until Herdman subbed in Tajon Buchanan, Alistair Johnston and Cyle Larin. Off came Liam Millar, Junior Hoilett and Jonathan Osorio, none of which really showed anything all game.

After around five minutes or so, things got really weird. I knew this goal was coming as the Canucks Abroad Discord was ahead of me, but I was still caught off guard by Atiba Hutchinson’s goal. I haven’t watched football for an incredibly long time, but I don’t think there’s been a goal like this before. Doesn’t matter if it’s the Champions League, the World Cup, or your weekly Sunday game, I don’t think this has ever happened.

Larin is blazing down the right wing and fights off a challenge. He gets around the bi-line and cuts it back. Then insanity happens:

It takes about a minute to show what really happened, so if you don’t wish to wait, here is another angle.

Either Atiba or the defender gets a piece of it, the ball bounces on the outside of the post. At this point, the Canadian captain is on the pitch, sliding like a seal on ice. The ball then ricochets off with pace, hits Hutchinson in the butt, bounces up to his head as he’s still sliding and takes the weirdest bounce. The ball then bounces with a wild backspin up to the crossbar, drops down on the goal line where the goalkeeper just misses getting his hand on it, and it’s 1-0 Canada. It was just weird.

I’ve featured the MVP of the qualifying round quite a lot in this window, but he again made a huge game saving save. Unlike the previous three (two against Honduras, one against the States), this one has not received a lot of attention, in fact, I had to screen record this save myself.

If Milan doesn’t save this, the game finishes a draw without a doubt. Yes, he came off his line a little bit early, but what an absolute recovery to save the game.

For the second time in this window, mere minutes after a huge Milan Borjan save, Jonathan David one-ups him and scores a pretty nice goal. While this goal wasn’t as nice as his against Honduras, or even the Atiba goal earlier in the game. Still, it was still a pretty darn nice goal. It really showed off David’s pace and composure and sealed the game for the Canadians.

The dust has settled for the winter window and Canada sits four points atop the table. Let’s run through some scenarios.

With Mexico’s win over Panama, Canada has officially qualified for the intercontinental playoff, likely against New Zealand. However, that’s not enough to match Canada’s ambitions. In March, all Canada needs to do is win a single game or get two points. If that’s too hard, both Panama and Costa Rica have to win every single one of their games. Below is every single scenario on how Canada could (will) qualify on Match Day 12.

You may ask yourself, “is that enough to match Canada’s ambitions?” No. To win the group outright without help, Canada needs to win two games without any help. With their next window featuring Costa Rica away, Jamaica (eliminated) at home and Panama away, two wins seem inevitable at this point.

Furthermore, Costa Rica could be in hot water due to knowingly allowing a player with COVID to play in the match with Jamaica. This is a developing story and updates will follow.

Lastly, let’s talk about pots. For every draw, teams are placed in a pot based on their coefficient. As it stands, Canada would sit in the fourth pot, meaning they’d be considered one of the weaker teams for the World Cup. However, this could change if Canada remains unbeaten and they have some luck. Here is Kristian Jack explaining what would need to happen:

Either way, it’s an incredibly exciting time to be a fan of Canadian Soccer. Come March, there is basically a 100% chance that Canada qualifies.

If you would like to stay up to date with what Jonathan David, Tajon Buchanan, Cyle Larin and others are doing for their domestic club, I have a weekly Canadian Men’s National team round up. If you’re new to cheering for the men’s team, it is a good resource to see how each player is developing.

Delaney: Potential Does Not Equate Talent