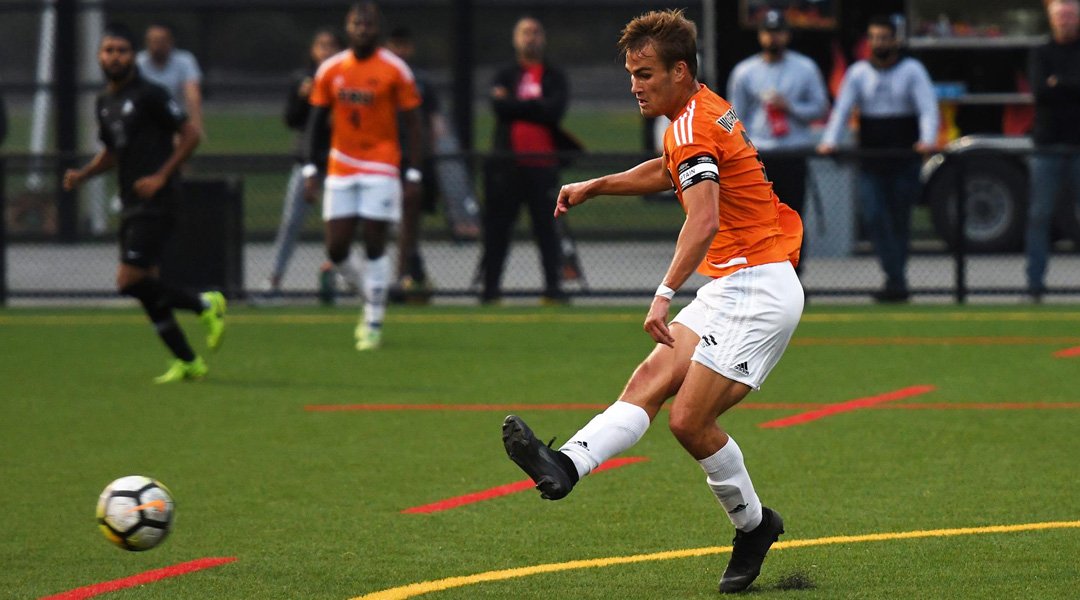 Newly-minted League1 BC side Rivers FC has announced its first four player signings, one of whom might sound familiar to CPL historians: it’s Jan Pirretas Glasmacher.

The 24-year-old defender was selected by Pacific FC in the 2019 CPL-U SPORTS Draft, though he never ultimately signed with the team ahead of the shortened Island Games season.

Born in Barcelona, the six-foot-one centre-back will make his League1 BC debut as an athlete with high potential following a promising youth career. He’s featured for UD Cornelia, Bayer Leverkuson (during which team he was part of the German U-16 program), and the Blackburn Rovers.

The defender was named to the Canada West All-Star Second Team in 2018, and before donning the armband for Thompson Rivers University he attended Virginia Tech. He also featured in the SK Summer Soccer Series before arriving to FC Tigers Vancouver after his draft selection by Pacific.

Rivers FC is set to field both a men’s and women’s team when it joins the inaugural League1 BC season this May, with the club basing its identity around interior’s unique topography. The club’s home ground will be a familiar sight for the Thompson Rivers University veteran, as they’ll be playing right out of TRU’s Hillside Stadium.

Rivers FC also announced the signing of Wolfpack players Patrick Izett, Mikkel Rosenlund and Marques Scott, the latter two of which were eligible in this year’s CPL-U SPORTS Draft. With the club recently undergoing tryouts, fans can expect several more signings to get announced in the weeks to come.

The opening day of the 2022 League1 BC season will see Rivers FC host Altitude FC on May 22, with the women’s and men’s teams taking to the pitch at Hillside Stadium at 2:00PM and 4:00PM respectively.