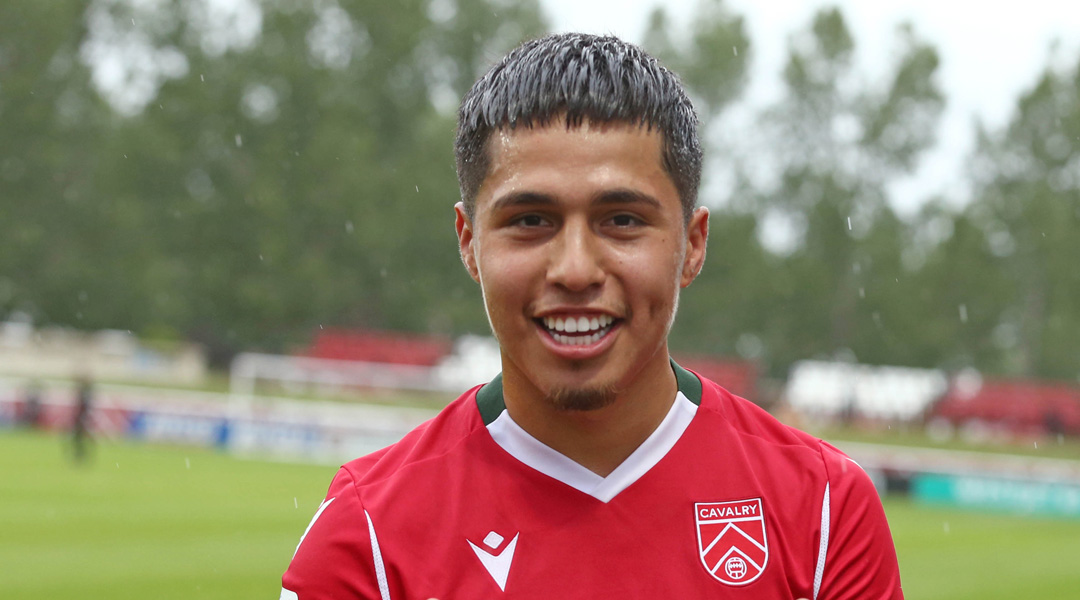 Former Cavalry FC forward Jose Hernandez has landed in League1 BC with Rivers FC, where he’ll participate in a club’s inaugural season for the second time in his young career.

The Kamloops-based side announced the arrival of the 22-year-old today, where he will bring three seasons of Canadian Premier League experience to the newly-minted semi-professional side.

Hernandez made 22 professional appearances for Cavalry FC over the last two seasons after making history as the CPL’s first-ever intra-league transfer in 2019, but found himself surplus to requirements following the 2021 CPL season.

His first pro season with Pacific saw him contribute one goal and two assists back in 2019, and that would prove to be his most successful season at the professional level so far.

Born in Edmonton, Hernandez developed with both the now-defunct FC Edmonton Academy before moving out west to join the Vancouver Whitecaps Academy as a teenager. He featured regularly at the U-16 and U-18 level for the MLS side – and even made three appearances for Canada at the U-20 level – before inking his first pro deal with Pacific FC.

He isn’t the only inaugural Rivers FC squad member to arrive with links to Pacific FC, as the club already recruited former Pacific draft pick Jan Pirretas Glasmacher to its ranks. Rivers FC has also added Thompson Rivers University’s Patrick Izett, Mikkel Rosenlund, and Marques Scott, the latter two of which were eligible in this year’s CPL-U SPORTS Draft.

Rivers FC is set to field both a men’s and women’s team when it joins the inaugural League1 BC season this May, with the club basing its identity around interior’s unique topography. The club’s home ground will be a familiar sight for the Thompson Rivers University veteran, as they’ll be playing right out of TRU’s Hillside Stadium.

The opening day of the 2022 League1 BC season will see Rivers FC host Altitude FC on May 22, with the women’s and men’s teams taking to the pitch at Hillside Stadium at 2:00PM and 4:00PM respectively.

With Jose Hernandez having been dumped out of the CPL after he no longer counted towards the required domestic U-21 minute count for any CPL side, it’ll be interesting to see how the 22-year-old performs at a League1 BC level filled with many unknowns.