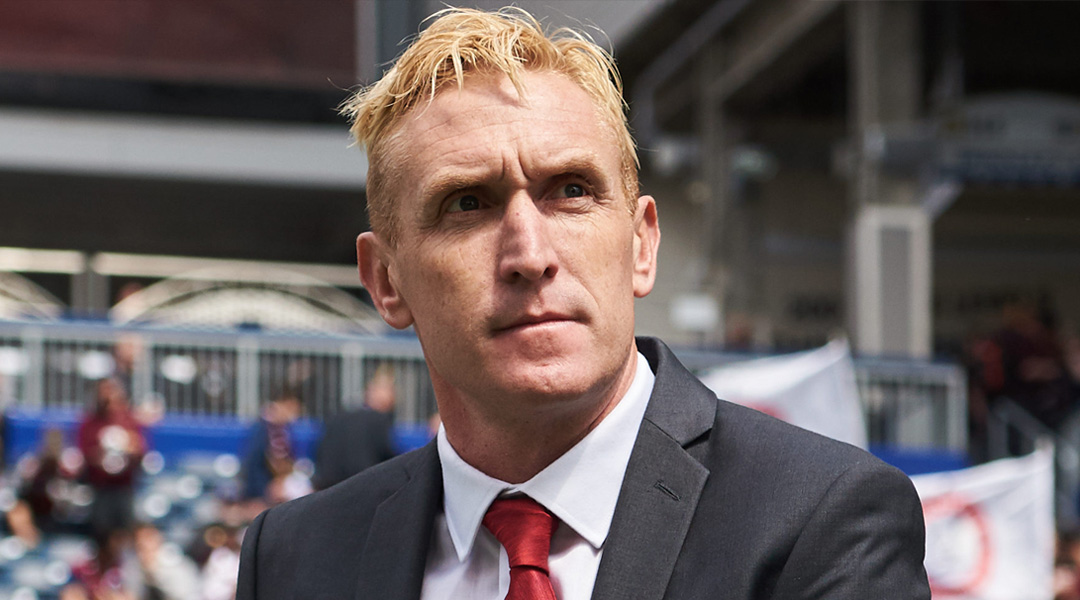 Update: A man of his word, Rob Gale has signed Michele Paolucci less than 24 hours after hinting that a striker signing was inbound!

Today, Valour FC became the first Canadian Premier League club to bring in a player during the fall transfer window, with head coach Rob Gale holding a press conference to introduce 20-club journeyman midfielder José Galán. What’s more, Gale hinted that he would likely be supplimenting the squad’s abundantly-populated midfield with a striker in the near future, too.

When asked if he would be making any moves to help boost the Winnipeg-based side’s attack, Gale responded with ‘watch this space’. With Valour FC parting ways with Stephen Hoyle last week, the need to bring in a striker who can convert chances is high – especially with Valour FC having the worst goal difference in the league, having only scored more than one goal in a game during its inaugural match.

The club still has room to sign another international player, so there’s no telling who Gale could bring in – certainly, few (if anyone) would have predicted Galán would arrive on a multi-year contract. While many had speculated that David Edgar would be CPL-bound, Gale’s focus on supplementing the squad’s offensive outlet seems to rule him out, barring any other outbound transfers.

With Marco Bustos (the fastest CPL goalscorer) and Tyler Attardo (the youngest) being tied as the club’s two top goalscorers simply for scoring more than one, the fan reaction should Gale sign a striker is likely to be a positive one. In any event, he has until August 7 before the transfer window closes. That being said, the league has shown it allows free agent signings outside of that window, so it’s not a firm limit.

It’ll be interesting to see who Gale brings in to be on the finishing end of what has become a truly well-supplied roster of attacking midfielders. With Gale being confident enough to tell journalists to ‘watch this space’, one imagines that the signing of a striker probably isn’t too far off.

Gale also confirmed that Michael Petrasso and Ali Musse haven’t recovered from their injuries and will miss out on this Wednesday’s fall season match against FC Edmonton, while Louis Béland-Goyette will miss out on the game through a suspension for yellow card accumulation.