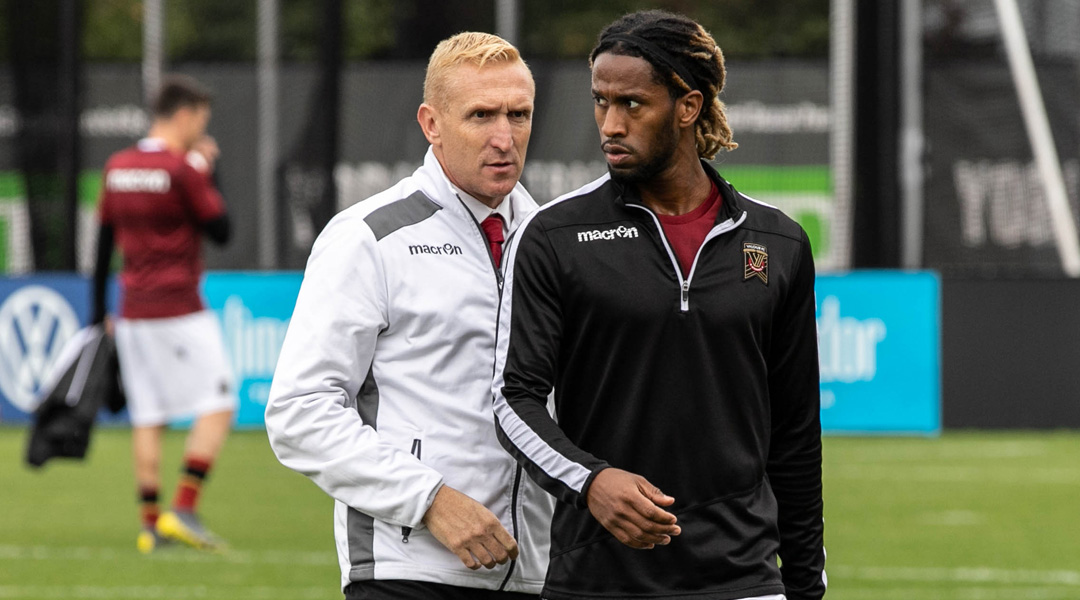 After a disastrous spring season that saw Winnipeg-based Canadian Premier League side Valour FC finish dead last, head coach Rob Gale and his squad have put in the work to ensure that the team sees improved performances for the fall season.

While he’s keen to point out that doubts he receives on social media are ‘water off a duck’s back‘, it’s fair to say things haven’t been smooth sailing for Valour FC: the club went through a period of 69 days between wins, had its team captain step down after a temper-fueled fiasco, and has faced no shortage of injuries of late.


So, when Valour FC traveled to York Lions Stadium last night and won 4-2, Gale was evidently pleased to best the Nine Stripes for the second time at York Lions Stadium. Given that the away win came after Valour FC had suffered the biggest loss in CPL history (and followed it up with a 3-1 loss to Forge FC), Gale was keen to applaud his players for putting in a good shift for the full ninety:

That’s what we said: don’t give up silly goals. Make the opposition earn everything they get, and that’s what we’ve been guilty of unfortunately throughout the season, is not making the opposition earn the result. Today, we were obviously executing well. We were terrific in transition, and clinical. We could have scored, and should have scored, more. Their keeper made a couple of great saves. It was a proper performance today, and I’m just delighted for the players and the lads. Full credit to them for executing.

Valour FC earned its impressive win courtesy of a brace from youngster Tyler Attardo, an absolute screamer from Dylan Sacramento, and a well-placed shot from Ali Musse that Nine Stripes gaffer Jim Brennan admitted ‘killed’ the men in green.


For Gale, the York Lions Stadium locale – which features a more compact pitch than any of the other CPL teams – was an afterthought. He doesn’t care where the club wins, so long as they stick to the plan and execute it:

I like when my team executes a game plan for ninety minutes. Then they win football matches, and I like winning, so I don’t care if it’s in York, Halifax, Dingley-Dill or Knobbly End.

The win means that Rob Gale’s club boosts itself to the fourth spot in the fall season table with fifteen points after thirteen games played. That’s six points above last-placed side Halifax Wanderers, who are the only CPL team to currently have more games played than points in the fall season.


The club was without Michael Petrasso through injury, but was bolstered by the return of Skylar Thomas and goalkeeper Tyson Farago, who each put in a full shift. Mathias Janssens didn’t travel with the club due to personal reasons, so emergency backup goalkeeper Svyatik Artemenko is still with the squad.

Valour FC will travel to the east coast to play Halifax Wanderers this Saturday. While the club isn’t mathematically eliminated from fall season contention just yet, it’s fair to say they’re far outliers – though in a league filled with parity, Rob Gale’s side certainly seems capable of putting together some results and ending on a strong note.