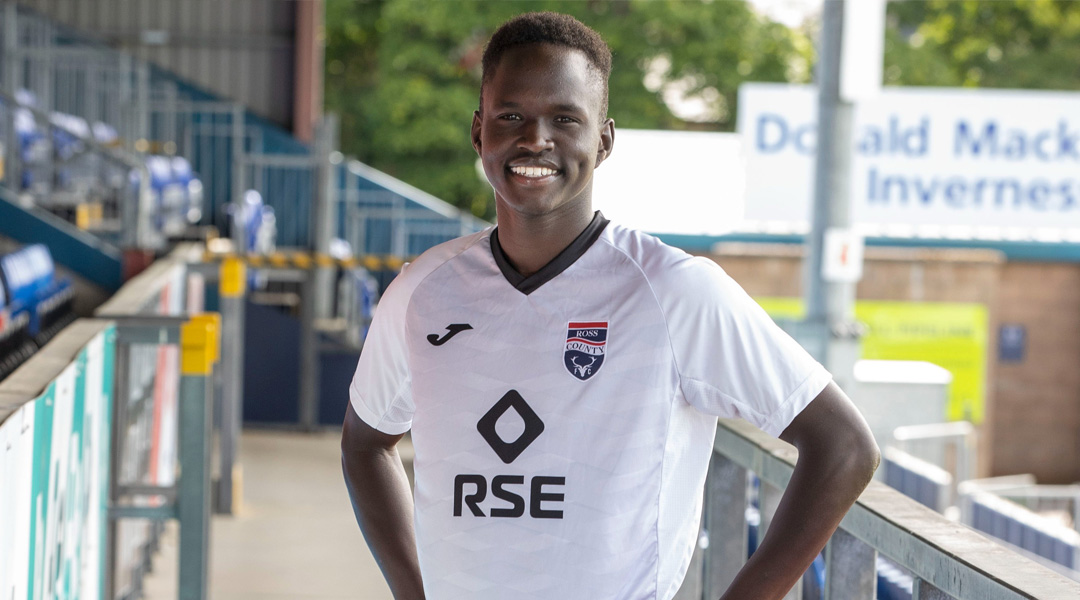 Former Cavalry FC midfielder Victor Lutori impressed during his friendly debut for Scottish Premiership side Ross County FC, where he provided a highlight moment for the club during an expectedly comfortable 4-1 friendly win away to Brora Rangers

The 21-year-old Calgarian officially signed for The Staggies just over two weeks ago, earning his first start in yesterday’s preseason match. The midfielder started a stellar move by providing a wonderful long range pass to his Canadian compatriot Ben Paton in the buildup to the club’s second goal through Dominic Samuel (no, not that one).

Interested fans can take a look at the highlight moment below:

Ross County FC finished the match with a victorious 1-4 headline, with Loturi one of six new club signings to make their debuts on the night. The club significantly changed the lineup at half-time, with two of the other debut players finding the scoresheet.

The club will kick off its competitive season with League Cup action over the weekend, facing fifth tier side Buckie Thistle FC.

RECAP: How Did Loturi’s Move To Scotland Take Place?

The 21-year-old’s move to the Scottish Premiership picked up momentum just about a month ago. Loturi has been a mainstay in the Cavalry FC midfield since returning to the club last year, having previously been one of their youngest-ever signings.

The transfer to Ross County first took shape in rumours in the days before it became official, with the transfer officially going through on June 21. The Scottish Premiership side inked him to a three-year deal, with OneSoccer’s Oliver Platt reporting that it the terms include potential appearance bonuses and a sell-on percentage for Cavalry FC, too.

Worth Reading: Why Loturi Caught The Eye Of Ross County FC

“Victor is a really exciting player for us,” said Ross County boss Malky Mackey. “At 21 he has really good and valuable experience in the men’s game and is a player we feel we can help develop over the next period of his career.”

While he only saw a handful of minutes back then, his return in 2021 following a stint with Mount Royal University saw him feature in almost every possible match throughout the club’s playoff-reaching campaign. He really found his legs while being deployed centrally and out on the right, scoring his first professional goals against Atletico Ottawa last year.

This summer saw him depart his hometown side after having made 45 appearances under Tommy Wheeldon Jr., earning a nomination for Best U-21 Domestic Athlete in his penultimate season for Cavalry.

His final campaign with Cavalry saw him feature in every possible match, accumulating 882 minutes of game time while bagging an assist against two-time champions Forge FC.