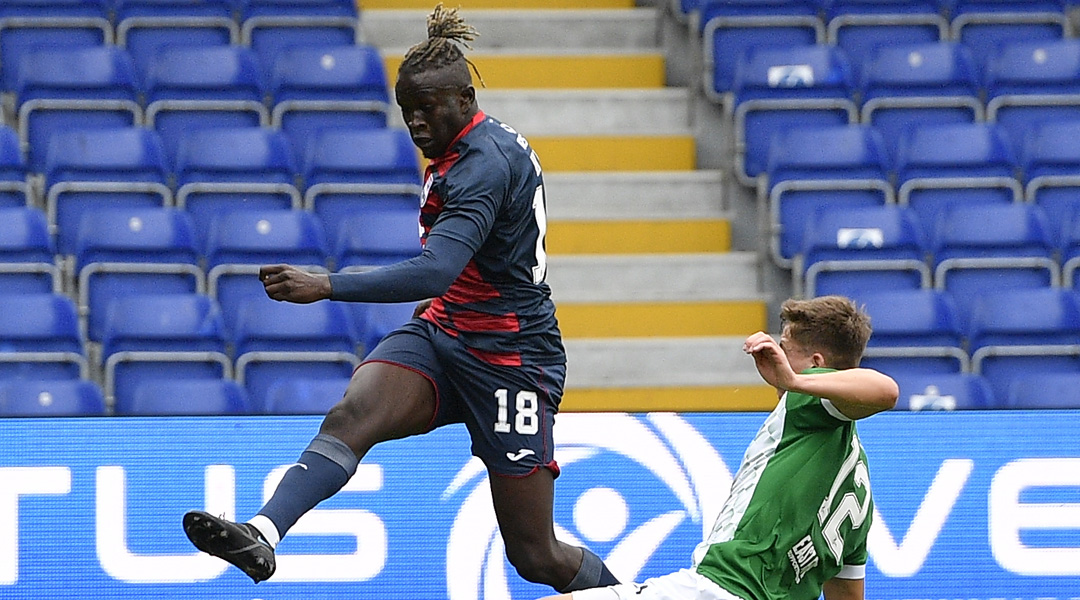 The 24-year-old South Sudanese international had made an explosive entrance in the match: coming off the bench to replace Josh Simms in the thirtieth minute, he contributed two assists in a big 7-0 Premier Sports Cup win over East Fife before having to come off late in the match himself.

“He has sustained some knee damage,” said head coach Mackay at the time, “it’s really unfortunate, but there was nothing he could to – his studs caught in the turf as he turned.”

It is unclear how long Akio will be sidelined by the incident, which occurred on his birthday.

The former Canadian Premier League striker had arrived from Valour FC on a three year deal just days before the cup match, joining his brother Victor Loturi who had also opened the scoring in the cup match.

Exclusive: Akio On Ross County, Valour, And Everything In Between

“Every hardship you face each and every day is a reminder that you are one of God’s strongest soldiers,” said Akio online. “Surgery went well and I will be back stronger than ever.”

The 24-year-old striker had scored ten goals in 43 appearances during his time with Valour FC, where he was the club’s second-highest goalscorer behind Moses Dyer. He proved to be a speedy, versatile forward capable of breath-taking runs, sharp crosses, and tidy finishes, with his first professional venture also seeing him crack the South Sudan national team.

We wish William Akio all the best as he recovers from his knee surgery.