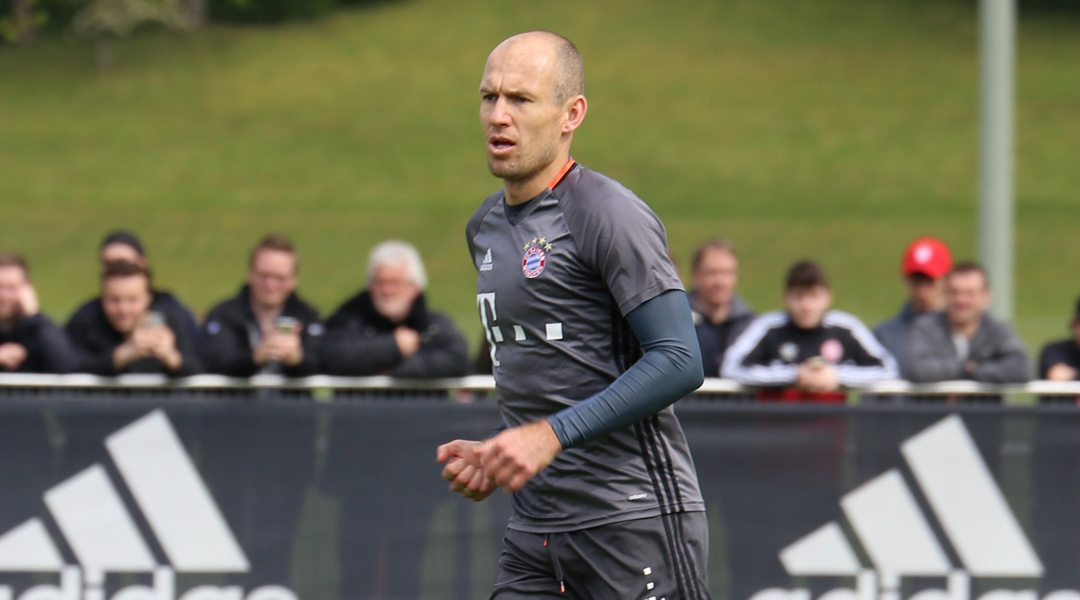 First and foremost: take this with a grain of salt, because it’s based off of unsubstantiated report from Calciomercato, a mostly Serie A-based website that also lists some inaccuracies regarding this bit of ‘breaking news’.

Robben, now midway through his thirties, has reportedly been keen on a move to Major League Soccer. The 35 year old dutchman has announced he’ll be leaving Bayern Munich at the end of the season, and speculation on his next stop has been rife. He’d reportedly been in talks with Serie A outfit Inter Milan, but then it came out last week that he was more interested in a move to Major League Soccer (if one takes Calciomarcato, who also broke that story, at face value).

Now, Calciomercato is reporting that Arjen Robben has had direct talks with Canadian MLS outfit Toronto FC, who recently filled up their third Designated Player slot with Alejandro Pozuelo.

Toronto FC General Manager Ali Curtis has said that the club intends to make one or two TAM-level signings before the window is up, but if Robben would turn down Inter Milan for a move to North America, one imagines he’d be doing so for a DP-level contract. Then again, if Zlatan could be on a TAM contract in his first year, so could any 30+ talent.

If Robben is looking for a DP level move, however, Toronto FC should be a write-off immediately: Jozy Altidore just renewed his contract this season, and Pozuelo just inked a multi-year contract less than two weeks ago. Only Toronto FC Captain Michael Bradley is on the last year of his contract, leaving no room for the 35 year old dutchman. Given that Toronto FC refrained from splashing the cash to retain Giovinco due to the fact he’d be entering the wrong side of 30, don’t expect them to drop their own team captain at the end of the season for a 35 year old.

Notorious for his proficiency at cutting inside, Arjen would certainly be a name that would sell tickets for any MLS side. If he could come in on a TAM level contract, the on-a-dime passing proficiency from Pozuelo combined with the dangerous runs of Robben would be a force to be reckoned with.

Then again, the source is coming from a website that just wrote Giovinco and Gregory Van Der Weil are still plying their trade in The Six. It’s an exciting potential transfer, but until any shred of concrete evidence comes forth it should be taken with a heap of salt.