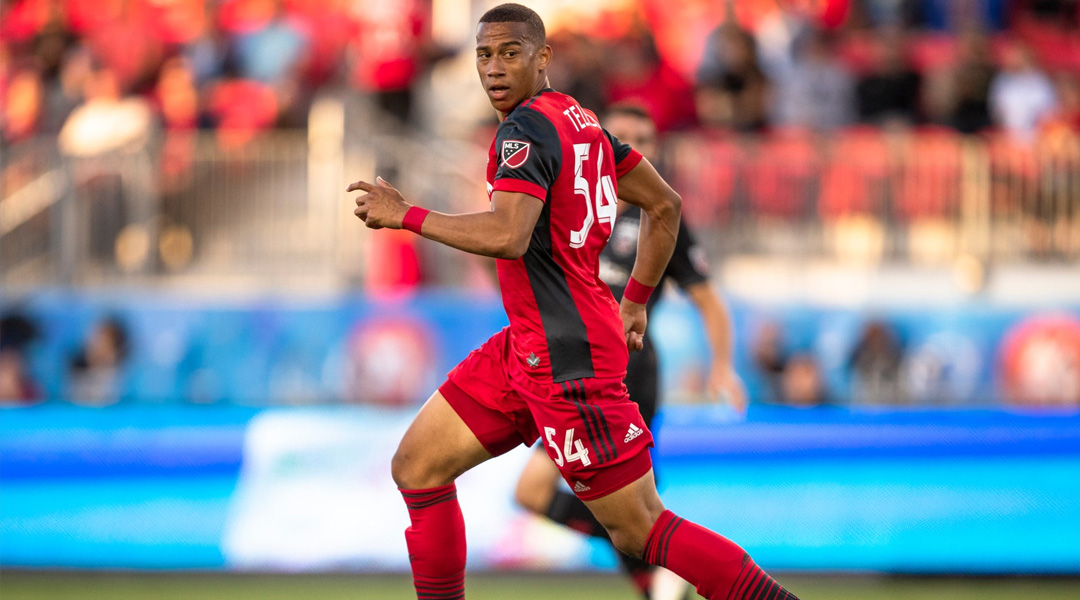 Update: Ryan Telfer came on as an 87th-minute substitute against SKC, assisting Jordan Hamilton on the game-tying goal in the 95th minute!

With a large contingent of Toronto FC’s regular starters either injured or away on international duty, Toronto FC has recalled 25-year-old winger Ryan Telfer from his loan with Canadian Premier League side York9 FC. Telfer will rejoin the Nine Stripes after tonight’s match, meaning he should be back in the lineup for York9’s midweek Canadian Championship away trip to FC Edmonton.

Toronto FC had a hot start to the MLS season, but are in the midst of an utter collapse in form which now sees the club occupying the final Eastern Conference playoff spot on goal difference alone.

The Gold Cup has claimed two of the club’s designated players in Michael Bradley and Jozy Altidore, with Jonathan Osorio and Ashtone Morgan also away on international duty. Auro and Mavinga are both out injured, though Richie Laryea – who scored his first goal for the club last week – has overcome a shoulder injury to return to the squad.

The depleted Toronto FC side will square off against Sporting Kansas City, with BMO Field then hosting a viewing party for the Toronto Raptors game. Concession stands will remain open for the late viewing.

Telfer has been one of the Nine Stripes’ best players in the league’s first month-and-a-half of action, scoring the league’s first-ever goal at Tim Hortons Field and ensuring his side made it past the first qualifying round of the Canadian Championship with a late goal against AS Blainville.

His speed and reaction time were a known quantity after his debut season with the reds, where he impressed with his runs down the wing and quick crosses that caught opposition off guard. If he comes off the bench, Vanney will be hoping for a repeat performance tonight.

It’ll be the first time a Canadian Premier League-based player has been tested at the MLS level. While the newfound league has plenty of former MLS players in its midst, nobody has moved in the other direction quite yet.

As the only player in Major League Soccer to now represent Canada’s professional domestic league, if he plays there’ll be plenty of eyes watching to see how the Mississauga-born player performs. York9 FC will have mixed feelings if he does well, as a long Gold Cup campaign for either the United States or Canada could mean TFC might need him again.

It’s probably a good thing Telfer hadn’t gone to Ottawa Fury as originally intended. York9 FC’s proximity to Toronto FC means it’s very easy to recall players from loans, and could be an integral part of any future loan deals.

Telfer was a chance-signing for the former treble-winning MLS side. Former GM Tim Bezbatchenko happened to witness the former York Lions player at a recreational match, and thoughT he had the talent to make it in the pro game. The league was put in place to help Canadian players like Telfer from falling through the cracks and never getting a shot at the pro game.