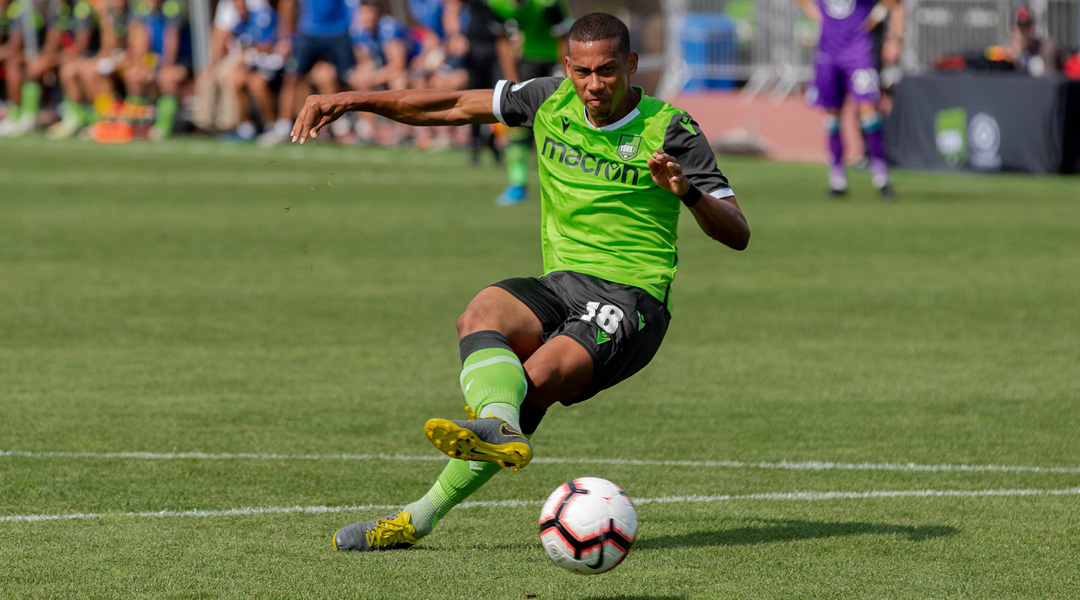 It was less than a month ago that Ryan Telfer was asked about rumours regarding interest from both the Canadian national team and Trinidad and Tobago, with the 25-year-old winger saying he faced a difficult choice if asked to choose between them. After being left out of Canada’s squad for its Nations League bouts against Cuba, the choice became easier: Telfer accepted a call-up to the Trinidad and Tobago national team soon afterwards.

The Mississauga-born player made his debut for The Soca Warriors earlier this month against Martinique, with his fast pace earning a penalty for Trinidad and Tobago. The spot kick was successfully converted by Seattle Sounders player Joevin Jones, with the game finishing in a 1-1 draw.


The country’s Nations League campaign continued last night, with Trinidad and Tobago playing its home tie against Martinique at Hasely Crawford Stadium. With the home team already ahead courtesy of a goal from Minnesota United’s Kevin Molino, Telfer got the second half off to a solid start by collecting a loose ball in the box and slotting it into the back of the net for his first-ever international goal:

Donning the number seven, Telfer now has now earned two international appearances and one goal for The Socca Warriors. He’s scored some seven goals in 25 appearances for York9 FC throughout the club’s first-ever season so far, and even managed to rack up an assist in a few minutes of Major League Soccer action when he was recalled to TFC for a single match.


Telfer was a big miss for York9 FC this weekend: the club traveled to Hamilton to play against fall season table-toppers Forge FC, but found itself struggling to put together passes in midfield and eventually succumbed to a 1-2 defeat against the hammer.

It’s been a fruitful year for the 25-year-old winger, who has impressed his parent club’s head coach and those at York9 FC alike. With his contract due to expire at the end of October, there’s no telling what the future holds for Telfer, a player who was told for years that he wasn’t good enough to cut it as a professional footballer.

Now with an international goal under his belt, there’s likely to be plenty of options for the Mississauga-born winger.