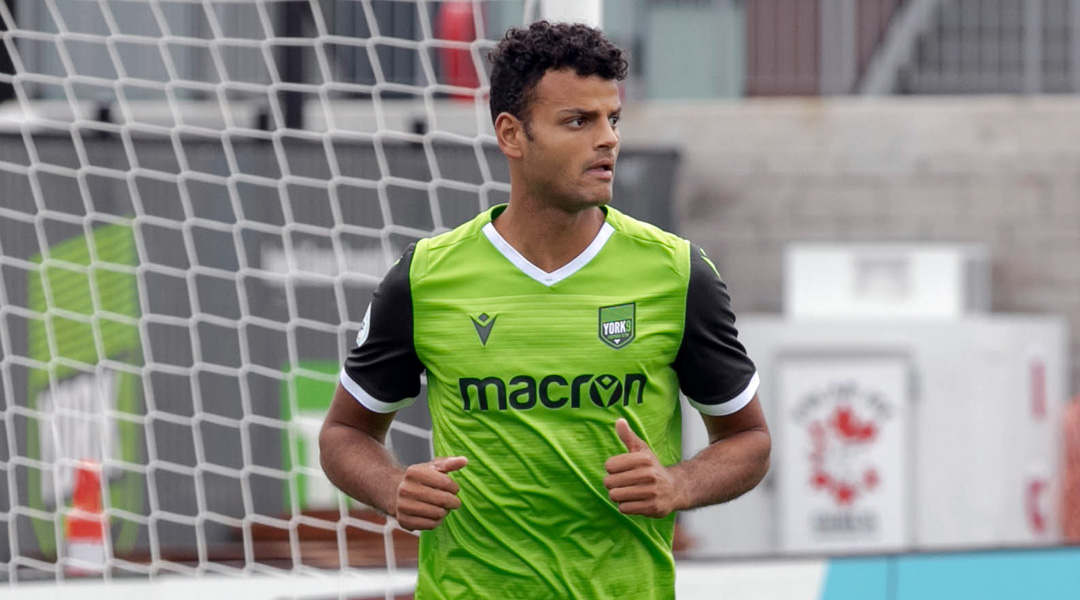 York9 FC defender Justin Springer will be suiting up in red later this week.

The 26-year-old Burlington-born defender has accepted a call-up with the Saint Kitts and Nevis national team, which is set to play home-and-away matches against Belize in CONCACAF Nations League action later on this week. Both matches will be available on OneSoccer.

Springer had also been called up to represent the Saint Kitts and Nevis national team back in September, but turned down the national call take capitalize on an successful opportunity to break back into the Nine Stripes’ first team.


After being part of the inaugural York9 FC lineup back when the league kicked its first ball in April, Springer played a handful of games before being sent to the bench and, for a time, not making the matchday squad altogether. Since late August, however, Springer has played for the full ninety minutes in every single York9 FC match.

With Roger Thompson having made a return to the bench for the last few games, it’s looking like the six-foot-three centre-back may once again be fit to play, which frees up Springer for the national team. Of course, Daniel Gogarty has performed well when called upon too, so it wouldn’t be surprising to see him pick up more game time in Springer’s absence, either.

With several Nine Stripes players now fighting to keep their roster spots for next year, there’s sure to be no shortage of players willing to fight hard for game time.


Springer has made ten appearances for the Sugar Boyz so far, having made his debut for the country in late 2016. He last represented the country a week before the CPL kicked off, playing a full ninety minutes in a 2-0 loss to Suriname. When it comes to the Canadian Premier League, he’s made eleven appearances throughout his first year of professional club action.

Saint Kitts and Nevis will play its away game against Belize this Thursday at 10:00PM, with the country’s home game due to play out on Sunday at 6:00PM. With Springer expected to take part in both, he’s likely to be away for the final 905 Derby of the season, which will take place at York Lions Stadium this Saturday.

The Nine Stripes may find themselves down a few players for the derby match against Canadian Premier League finalists Forge FC, with Emilio Estevez-Tsai potentially with the Chinese Taipei National Team and Toronto FC loanee Ryan Telfer in contention for a call-up with Trinidad and Tobago.

For the time being, however, it’s only Justin Springer that is confirmed to have accepted a call-up with his national team.