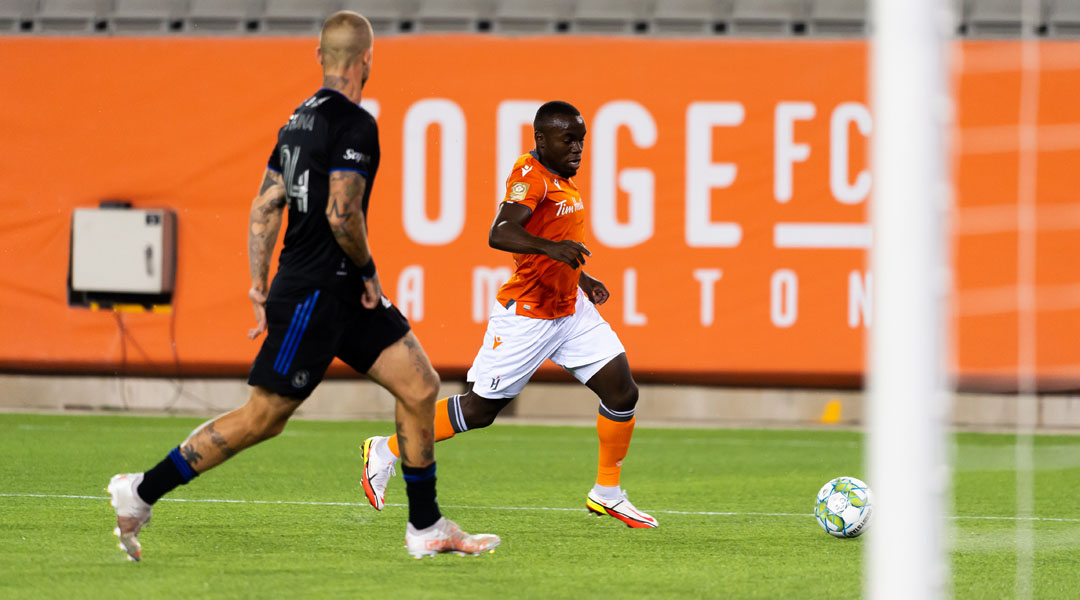 The 26-year-old arrives to the club after a highly successful three year stint in the Canadian Premier League with Forge FC, who won two league titles during Kwame’s tenure in the ambitious city.

The left-back recently trialed with the Vancouver Whitecaps, where he made a good impression but ultimately left without a contract.

Today saw CITY2 officially list Kwame Awuah on its club roster, describing him as an international player expected to arrive shortly. His transition to MLS NEXT Pro will allow him to showcase himself directly to an MLS expansion side, continuing the former New York City FC athlete’s dream of making a comeback to MLS heights.

“Sometimes you’ve got to take a step back to take two steps forward,” Awuah had told OneSoccer, “sometimes it’s just, maybe it’s not my time but I’m going to keep working hard. Eventually there’s going to be someone out there that’s going to look at your game and say, ‘I need this in my team.’”

The left-back’s professional career began with New York City FC, where he made eleven appearances after arriving as a first round draft pick from the University of Connecticut in 2017. Awuah had cut his teeth alongside the likes of Cyle Larin and Richie Laryea in League1 Ontario before that, having previously played under Bobby Smyrniotis with Sigma FC.

Awuah had described the last three seasons in the Canadian Premier League as having been the best of his career, with the 26-year-old cementing himself as a league-leading left-back who grew into a leader with the hammers. He made eighty appearances for Forge since arriving in 2019, contributing ten assists and scoring three goals through both domestic and continental action.

Awuah won’t be the only highly-touted CPL full-back to land in the league for its inaugural season, with former Cavalry man Mohamed Farsi expected to have signed with the Crew 2 some time ago – though his official announcement still has yet to come.

If Kwame can impress in MLS NEXT Pro, it’ll be interesting to see if the 26-year-old can punch is way back to Major League Soccer heights. He won’t be the only Canadian on the roster in Saint Louis, with Manitoban Kyle Hiebert also joining the side.

STL CITY2 did not disclose the details of its contract with Kwame Awuah.