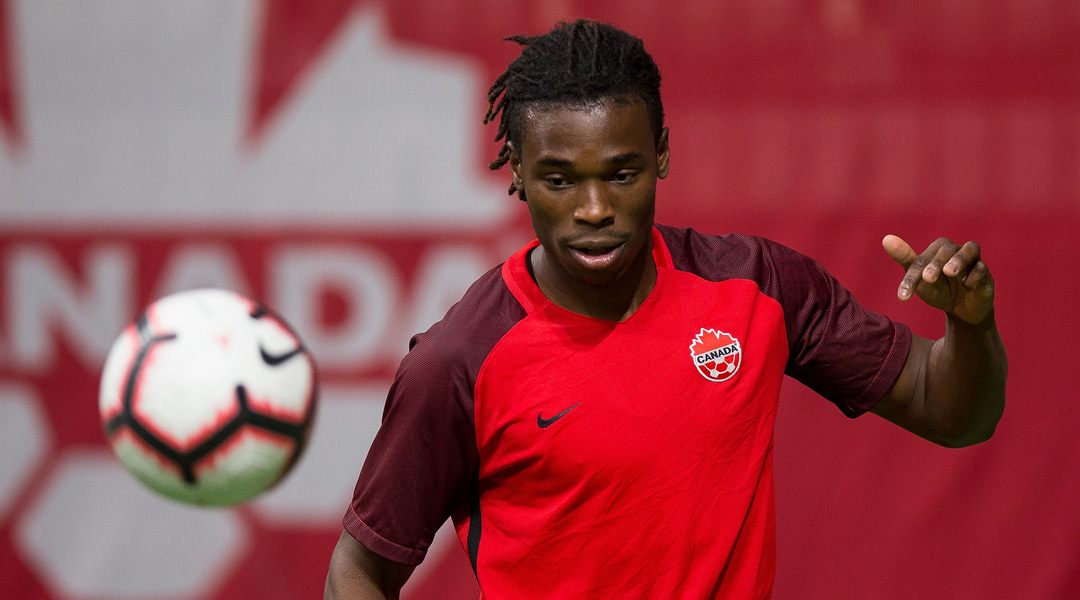 Former Vancouver Whitecaps left-back Sam Adekugbe now plies his trade in Norway with Valerenga, though the Canadian international was back in the Great White North with the national team as Canada thumped six goals past Cuba last weekend. While he didn’t feature in the match, he would play the full ninety minutes in Canada’s 1-0 away win over Cuba in the Cayman Islands the following week.

While he was in Toronto, the 24-year old defender spoke with Between The Sticks, and given that his brother Elijah plays in the Canadian Premier League with Cavalry FC, it only makes sense that he was asked about Canada’s new professional league.


Responding to a question that pondered if the CPL could have helped him develop during his formative years, Adekugbe responded positively to the question: he thinks it would have been beneficial, though he’s evidently gotten on fine without it.

Yeah I think so. I think a lot of the players that are playing there are around my age group, and maybe didn’t break into the first team like I did, so it gives them a second opportunity.

Prior to 2019, players who couldn’t cut it at the MLS level faced a tough choice: with space limited at the Ottawa Fury, getting professional minutes would mean leaving Canada to play for a US-based team in the USL, or even making the jump over to Europe. It was a big ask for many players in their early twenties.

While some like Mark-Anthony Kaye were able to prove their worth in the USL and earn themselves a recall to MLS action, for every success story there are many more failures – and the odds have long been against Canadians who have fought to play when there wasn’t a professional domestic league in their own backyard.


The existence of the Ottawa Fury wasn’t a catch-all for the non-MLS bound Canadians striving for a second chance, either: while the club features plenty of canucks in its regular rotation, Canadian MLS loanees tend not to get significant playing time, prompting speculation that 2020 will see more Canadian MLS youngsters loaned to CPL clubs instead.

As Adekugbe says, there just wasn’t something concrete that Canadian players could build on prior to the CPL:

But I also think when we were all in the academies we didn’t really have that, there was an MLS Reserve League, there was USL League, there was a PDL League, but there was nothing very concrete like the CPL that we have now, so I think it’s obviously a good moment for Canadian soccer and it’s a good chance for players to get regular football, which is one of the most important things.

In the Canadian Premier League, clubs are required to have a majority-Canadian squad on the pitch, meaning at least six out of eleven players on the field at any one time need to hold a Canadian passport. Clubs must also have three domestic U-21 players on each 23-man roster, and these youth players must get 1,000 cumulative minutes on the pitch each season.


The lack of a comparable domestic focus from the three Canadian Major League Soccer clubs is why CPL players like Nathan Ingham – who has shined as the Nine Stripes’ regular goalkeeper – has said that the MLS was holding Canadian players back.

Sam Adekugbe only made 16 MLS appearances in his four years with the Whitecaps, which isn’t ultimately a lot of the professional game time that he states is so important to development. The CPL offers Canadian athletes the opportunity to earn professional minutes in spades, with over 93,000 cumulative minutes of game time going to Canadian players so far in the inaugural season alone. Of this, a bit over 24,000 minutes have gone to Canadian U-21 players, with Pacific FC claiming almost 10,000 of those by itself.

Suffice to say, without the Canadian Premier League offering domestic talent those minutes, it’s fair to say many of the burgeoning league’s domestic players may not have had a chance to ply their trade at the professional level this year – or perhaps ever.


The results of these new opportunities are already plain to see: Cavalry FC goalkeeper Marco Carducci has been called up to the Canadian national team after his club made it to the semi-finals of the Canadian Championship (besting the Whitecaps in the third qualifying round, no less), and Forge FC managed to make it to the Round of 16 in the CONCACAF League after fielding some ten Canadians against intercontinental competition to get there.

We’ll never know how much the league could have helped Sam Adekugbe if it existed in his primary developmental years, but fans can already see it having a clear impact from its first few months of action. With the CPL expected to see significant expansion in 2021 (with the league commissioner saying he’d be happy to see at least one new CPL team next year), the future is looking bright. The next Sam Adekugbe, or Jonathan Osorio, or maybe even Alphonso Davies is out there, and the CPL is designed to give them minutes to help them grow as professional players.

Source: Between The Sticks