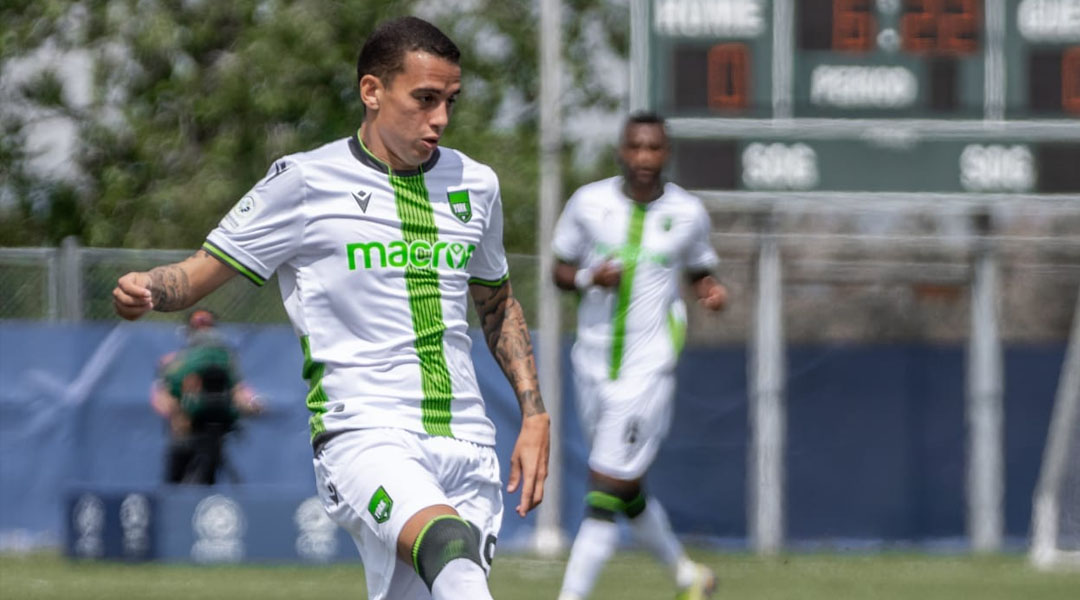 The Brazilian had initially joined York United as a highly-touted international signing last January, arriving with a fairly high pedigree after serving at the academy level for Serie A giants Fluminense and Corinthians, with the right-sided winger signing for the latter in 2016.

By the time he moved abroad to play with York United, Vasconcelos had already been sent out on loan to Brazilian lower division sides several times, with the 24-year-old having made thirty appearances for Serie B side Oeste before taking part in York United’s Florida-based preseason.

Despite the fanfare involved in signing a Corinthians youth product, Vasconcelos found himself largely sidelined after undergoing a quiet Nine Stripes debut as a substitute in the club’s Island Games opener against Atletico Ottawa. The 24-year-old only saw 34 minutes of action after that in a 1-1 draw against CPL runners-up Halifax Wanderers.

In an earlier interview, Cavalry FC Captain Nik Ledgerwood suggested that internationals in the Canadian Premier League aren’t given much opportunity to immediately perform as they acclimate themselves to life in North America and the way Canadian football is played.

The club confirmed it had declined Gabriel’s option in an October Roster Update, with the Porto Velho-born forward now returning to the Serie B level in his native Brazil. He’ll be hoping to help his new team Sampaio Correa in that league, with the club having finished in sixth place last year after having won promotion from the third division.

The winger was the second-ever Brazilian to join the league behind Oliver Minatel. Several of his countrymen are poised to ply their trade in the Canadian Premier League this year, with Richard Luca, Joao Morelli, Eriks Santos, and William Wallace currently rostered to CPL sides.

The length or financial details of Gabriel’s contract with Sampaio Correa FC were not disclosed by the side.