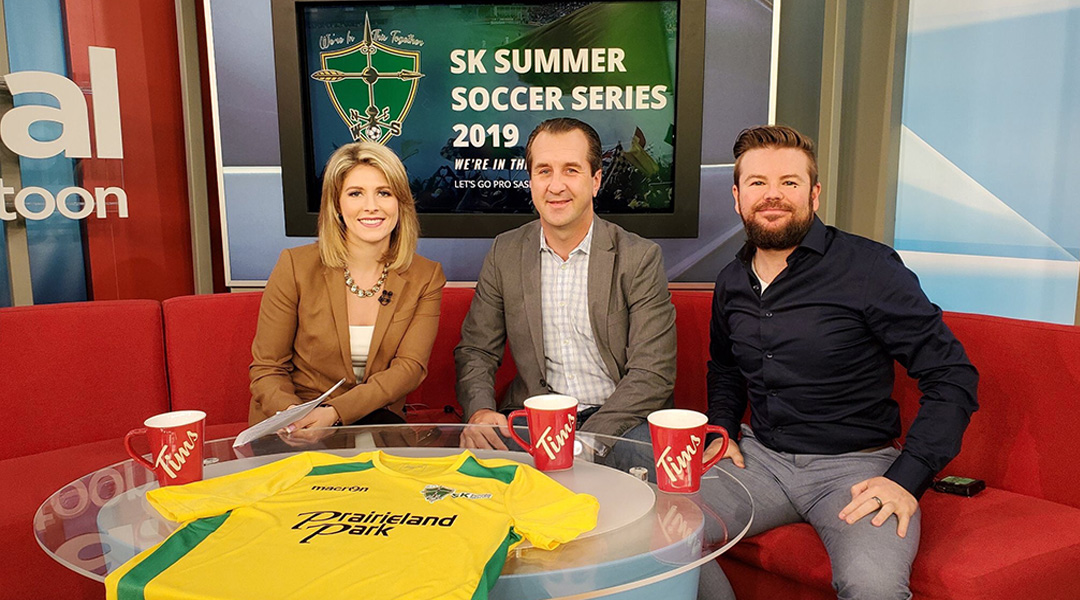 The SK Summer Soccer Series is due to kick off today at SMF Field, marking one of the most potentially significant moments in Saskatchewan’s soccer history. If the event goes down as a success, it’ll go a long way in proving to Joe Belan and his ownership group that a CPL club in the province is a viable business venture.

As things stand in Saskatchewan, the highest level of soccer to be seen is at the University level. If things go well over the course of the SK Summer Soccer Series, Belan will be looking to change that by establishing a Canadian Premier League club in Saskatchewan, with Saskatoon being the most likely location.

By seeing how many people come out to the SK Summer Soccer Series, Belan is one of first potential CPL owners to conduct a live pre-club ‘litmus’ test of sorts, gauging fan interest by hosting direct events this summer to see if fans come out in sustainable numbers. It’s a similar system to what Tom Fath used to gauge the CPL’s viability for FC Edmonton, with the club setting a season ticket deposit goal and telling fans that meeting it would see them likely become a CPL side. It was a massive success for The Eddies, and many eyes will be on the Saskatoon Summer Soccer Series to see how it fares, too.

With a decent crowd expected for today’s game against the Calgary Foothills, we wanted to know if the 4,000-capacity SMF Field was a likely future home in Belan’s vision. The answer, as if turns out, is no:

Joe Belan: It’s certainly an option to examine, but I think what we want to try to create the alternative site. Prairieland lends itself creating a more interesting atmosphere. I’d say at the moment, Prairieland would be our primary choice.

For the uninitiated, Prairieland Park is located in the exhibition neighbourhood in Saskatoon, just across the river from SMF Field. It hosts events that attract some 1.6 million people per year, and has the space for a potential stadium site more suitable than SMF Field. Given that Prairieland has become the official sponsor of Belan’s SK Selects side, it seems the interest is mutual.

Joe Belan: “We think that SMF is a good test facility, but it’s really suited for minor football. It’s got very limited availability, it’s used primarily for minor football, and we’re very grateful that we’re being allowed to use this facility over the course of the summer, but even scheduling is a bit of a challenge because there’s just not that many available dates.”

John: “That can be a struggle even in MLS, where you have Atlanta United unable to play at the Benz for a Champions League home game because of monster trucks.”

Joe Belan: “We’d like to be in a position where we’re the primary tenant, and we have some control over scheduling and things like that.”

John: “So you’re not necessarily looking for a sole tenant stadium – you’re open to sharing it, but with you as the primary tenant?”

Joe Belan: “Yeah! Longer term, there’s always going to be talks with the city about trying to do something creative to their development, of the redevelopment of downtown. If our stadium project can be helpful to that, we’d love to sit down and figure out an infrastructure solution. In the longer-term solution to the stadium, we’d certainly want to make it multi-use. We don’t want to have a facility that is only used a dozen or fifteen times a year for soccer. We would like to try to use it for other events, or have participation where it becomes available to some of the youth communities in soccer or other sports.”

Belan’s sentiment towards stadium usage makes sense, and it’s one that the city of Hamilton echoed some 5 years ago with the construction of Tim Hortons Field. In fact, it was the city’s multi-use stadium demands that eventually led to the creation of Forge FC and the Canadian Premier League itself.

Looking back into the origins of Belan’s own venture, he spent time looking at both Regina and Saskatoon as potential locations to found the province’s first professional soccer club. As it turns out, however, the potential Regina location has lost out to the appeals of Saskatoon. Here’s what Belan said when we asked if Regina was still on the cards as an alternate location:

Joe Belan: “I don’t think it is at the moment, because we don’t think that it’s got as attractive stadium offers. We would like to involve Regina – I was out there [earlier], and there was a lot of support for Regina and for the project. They want to ultimately support soccer in the province. They’d love to be involved with that, so we want to make sure that they feel part of the project as well. If there’s anything that we can do to help bring games to Regina at certain locations, then we’re going to look to do that.”

John: “It’s about improving the Saskatchewan soccer scene as a whole, right?”

Joe Belan: “Yeah. Mosaic Stadium has a purpose in terms of attracting larger games, so if there’s an opportunity for us to do that and use that facility for larger events, than we certainly would look at that.”

Regardless of where in Saskatchewan Belan’s potential club aims to settle, fans in the province don’t need to worry about Belan jumping out-of-province to fulfill his CPL ambitions: for Belan, it’s Saskatchewan or bust for his Canadian Premier League venture.

Joe Belan: “I think we’ve invested very much in Saskatchewan. We’d like to see this work. We’re going to dedicate a lot of energy and resources to making it happen. We’re confident it can.”

Stay tuned for more Saskatchewan football news this week from our talks with Belan. If you’re interested in attending the game, tickets can be purchased here.