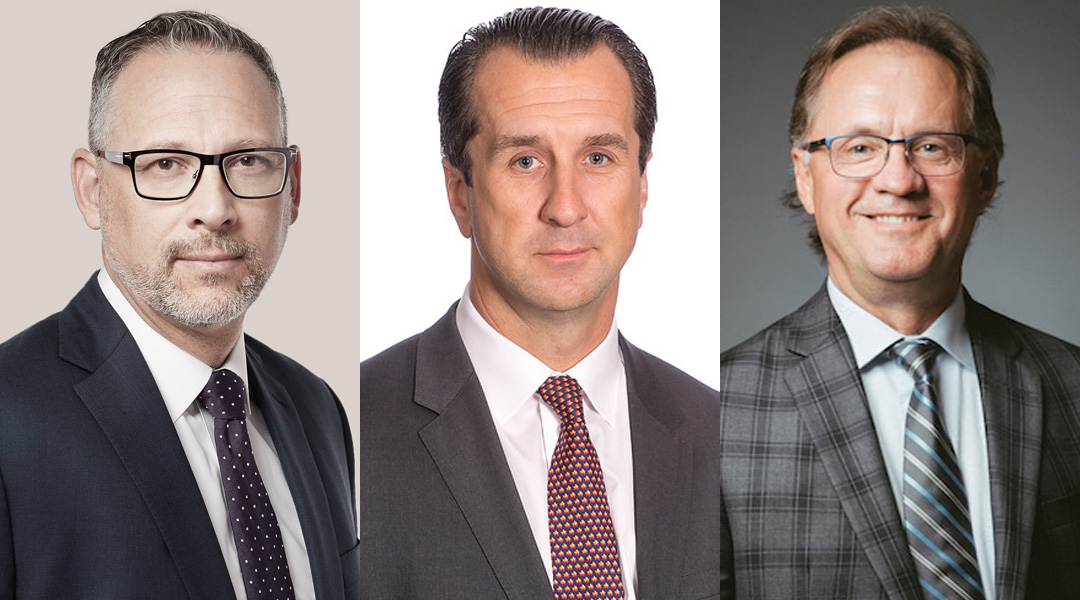 Who’s Behind The Saskatchewan CPL Bid?

With a crowd of over 3,000 fans attending the first game of the SK Summer Soccer Series, many eyes will be looking at the series’ next games later this summer to see if Saskatoon can sustain a good turnout. No eyes will be watching these numbers more closely than Joe Belan and the rest of his ownership group.

Belan, 45, is one of the key figures behind the SK Summer Soccer Series. It’s a self-described ‘litmus test’ to evaluate if the province can support a professional soccer team. If that comes back as an affirmative, Belan and his group will be the ones to build it.

Joe has a unique toolbox for this kind of large-scale sports venture: he was playing soccer at the U-20 level and wrapping up a highschool diploma when he was drafted as the first overall pick of the CSL, a now-defunct domestic league. Born in Port Colborne, the Ontario native followed his mother’s advice and started towards a business degree from Western during a four-year Olympic cycle in which Canada failed to qualify. It turned out to be great advice.

With his business degree obtained, Belan began working within the world of private equity investments and investment banking, keeping little ties to a soccer world that didn’t provide him with the kind of stability the Canadian Premier League is now establishing for domestic players.

Joe Belan: “I left the program after the ’96 Olympic qualification campaign, I really had very little connection to Canadian soccer. I lived overseas for most of that period as well. I lived in New York for a little bit, I lived in London, England, and then I was in Switzerland.”

The last 20-odd years were successful for Belan, who rose through the Wall Street ranks to find himself in positions like the head of metals, mining, and steel for Goldman Sachs, and later the managing director of Pala Investments. He’s now the chairman of Novatrek Capital, an investment firm he founded in 2013.

Belan was first introduced to the idea of founding a Canadian Premier League club in late 2017, after a meeting with a friend who’s involved in the burgeoning League. Two years later, Belan is rolling up his sleeves and combining his knowledge of both the sports and business worlds to see if this idea can come to fruition in a sensible, sustainable way.

Joe Belan: “Sports is a business. This is the first sports venture I’ve done, but I’m using a lot of things that I’ve learned from other ventures I’ve been involved in to try and apply here. Fundamentally, it’s really about making good decisions and good judgement. You develop those analytical decision making skills, and then you apply them to a different situation.”

A lot has happened in the two years since Belan became involved in setting up an ownership group. He’s toured Germany looking at modular stadiums, held regular discussions with league commissioner David Clanachan, and has spent time evaluating how other clubs engage communities, negotiate sponsorships, and organize player development systems.

Of course, Belan isn’t in this alone: Grant McGlaughlin has been involved since 2017 as well, and is still a large part of the project. McGlaughlin is a lawyer who works with Goodmans LLP in Toronto as co-head of a mining and natural resources group. Joe and Grant met while striking a deal some ten years ago, but remained friends ever since. McGlaughlin has personal ties to Canadian sports too, having played basketball at the University of Regina where he was a two-time academic all-Canadian.

Joe also revealed that an additional partner named Al Simpson has taken on a more public-facing role of late. The Regina native is a veteran executive, having founded Simpson Video Communication Networks in 1990 and StorageVault Canada in 2011. He also led Hospitality Network Canada to become the largest supplier of patient communication and entertainment services north of the border.

Lee Genier was previously attached to the ownership group, but an opportunity to join the CEBL required for him to bow out.

Joe Belan: “When we knew that were not going to be adequately prepared for the inaugural season, we sat down with Lee and said ‘Look, we don’t want to get in the way of other opportunities for you, because we may be waiting in a holding pattern for little bit on CPL’, and he’d already been approached by the CEBL. We thought it was a good opportunity and we didn’t want to stand in the way of that.”

Between Belan, McGlaughlin, and Simpson, there’s a clear wealth of business acumen, investment knowledge, and a good perspective on what a sustainable Canadian Premier League team would look like. While this ownership group my add to its ranks, Belan sees the trio as the key figureheads.

Joe Belan: “I would say for the moment that the three of us are kind of the leads of the investor group. We’re going to look to bring in a few other investors that not only bring capital, but some other type of value back in terms of the organization – it could be community links, it could be other assets or things that they bring to the table.”

For Belan, the most important thing is that the timing and placement of the club make sense. He’s wary of the risks involved, so he’s not going to rush in blindly. This is a venture that, if the environment requires it, could take years to develop. Belan wants it done right.

Joe Belan: “You have to feel comfortable that when you’re launching, you’re launching on a position of strength and stability. If that takes just one year or five, then that’s how long it’ll take. We’re not driven by time here, we’re really trying to get to a goal of some foundation and stability before we ultimately take that step.”

Given the meticulous and careful nature of his planning, Belan has been called everything from a cautious businessman to a visionary in the buildup of his potential Canadian Premier League team. Here’s how he describes himself:

Joe Belan: “I think I’ve evolved as an individual. Initially, I grew up being a player. I went into a business career where I had very little to do with soccer. I think now what I’m trying to do is use all the life skills that I’ve got, that I’ve learned from soccer and from the business world, and put them together in a big, comprehensive project. All of things I’ve learned in my career, whether from the soccer side or the business side, I’m using all of those tools to try to do this project. It’s a very complicated project, and I think you have to have a lot of different tools in your toolbox to be able to work through the issues.”

While only time will tell if Belan and the ownership group are successful in this venture, the first game of the SK Summer Soccer Series has had a great turnout for a match played in a chilly evening. There’s still a long way to go, but Belan isn’t afraid of the challenge. If anything, he embraces it.