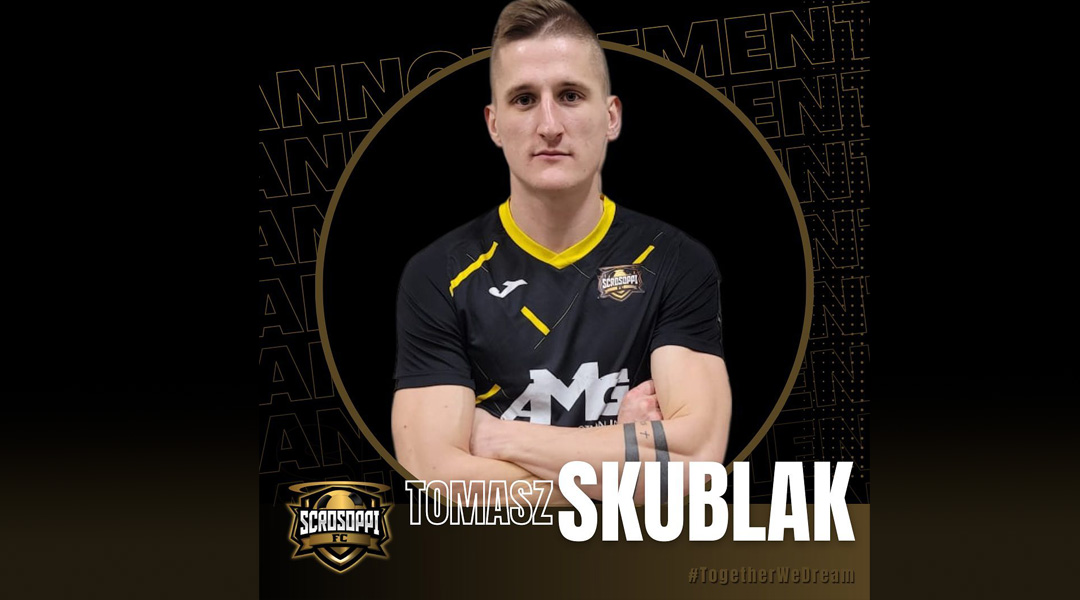 Tomasz Skublak has made the jump from Guelph United to Scrosoppi FC.

The 25-year-old striker arrives following a 2022 League1 Ontario campaign that saw him score five goals in nine league appearances for Guelph United. He had also featured against his former side Halifax Wanderers in the Canadian Championship.

The season before that saw him him contribute an astounding eleven goals in thirteen appearances for Guelph en route to a title win to cap off the club’s inaugural season. It also re-united Skublak with Guelph Gryphons head coach Keith Maso, for whom the striker contributed fourteen goals in twenty-nine appearances during his university career, during which he played playing alongside Guelph’s inaugural signing Jace Kotsopoulos.

Skublak played professionally during the first-ever Canadian Premier League season, trialing with York United before inking a dealing with the Halifax Wanderers in 2019. He scored once in twelve league appearances, but proved more ruthless in cup competition with goals against Vaughan Azzurri, Valour FC, and Ottawa Fury that year.

The Hamilton native was one of sixteen players cut by the Wanderers that year, with Skublak then moving abroad to play for Armenian side Lori FC and Berlin-Liga outfit FC Brandenburg 03 before returning to League1 Ontario pastures. Before turning professional, he’d also suited up for the Vaughan Azzurri.

Scrosoppi FC has had former Canadian Premier League players on its roster before, with the club fielding both Cyrus Rollocks and Ijah Halley last year en route to a twelfth-placed finish, which is the final spot that would see them land in the top flight once promotion and relegation is introduced to League1 Ontario in 2024.

With the club walking a tightrope between landing in the first or second divisions of League1 Ontario, Skublak will be seen as a big addition for a side – though they didn’t exactly suffer from a lack of goals last season, either.