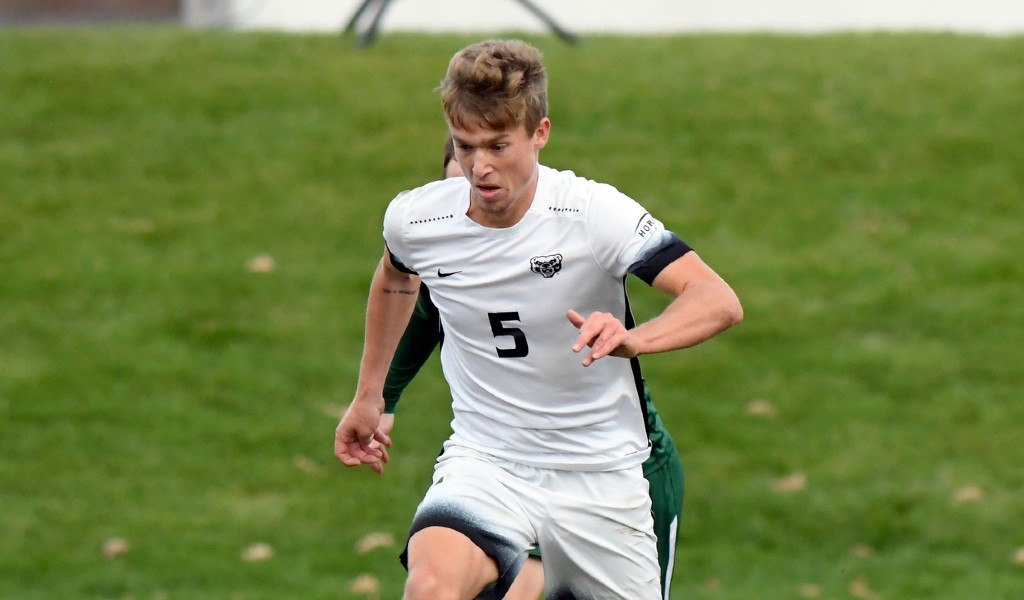 The former Sigma FC player becomes just the second Oakland University athlete to win the award, which is presented after a vote from NCAA Division I men’s soccer coaches, national soccer media, and fans. It is awarded for exemplary behavior and performance both on and off the pitch.

Given that Jensen impressed with both Oakland’s Golden Grizzlies and USL2 side Flint City Bucks, it remains to be seen whether the defensive midfielder might pursue further ambitions on the pitch or jump straight into an off-the-field career after picking up the award and his university degree.

This challenge to be the best player and person I can be has motivated me to achieve great things both on and off the field. The lessons I have learned thus far are invaluable and will stay with me forever, regardless of the next step in my journey.

The defensive midfielder played an incredible 80 matches throughout his time with Oakland, garnering an impressive 72 points (20 goals and 38 assists) during his time in the top NCAA division.

While he was eligible for the 2021 MLS SuperDraft, he went unselected on the big day this year – though it certainly seems like he’s keen to get an opportunity in professional football.

It hadn’t taken Jensen long to settle in Oakland after arrriving from Courtice, Ontario five years ago, with the defensive midfielder being named to the Horizon League All-Star Freshman team following his debut NCAA season.

His second campaign saw him start every game, helping Oakland to four shutouts while contributing one goal and four assists. His third season saw him named captain, where he once again started each match and received HLMSOC All-League second team honours. He scored four goals and made five assists.

His senior year is when he really stepped things up to a new level, leading the entire NCAA in both assists (14) and assists per game (1.56) while earning a Horizon Player Of the Year award along the way.

His fifth and final season at Oakland saw him lead the side to win both the regular season and conference tournament, with Jensen being named the Horizon League Men’s Soccer Championship MVP after scoring three goals in the postseason stage.

Prior to his days stateside, Jensen proved prolific for Sigma FC at the youth levels before departing for university in 2017. He featured for the League1 Ontario team while back in Canada, making three appearances in 2018 and fourteen in 2019, scoring goals against Pickering FC and Toronto Skillz FC.

The Sigma FC pipeline has proved to be a crucial element in two-time Canadian Premier League champions Forge FC, who are coached by former Sigma lead Bobby Smyrniotis. If Jensen did opt to come to the CPL, it’s fair to say that the Hamilton-based side would be favourites to land him.