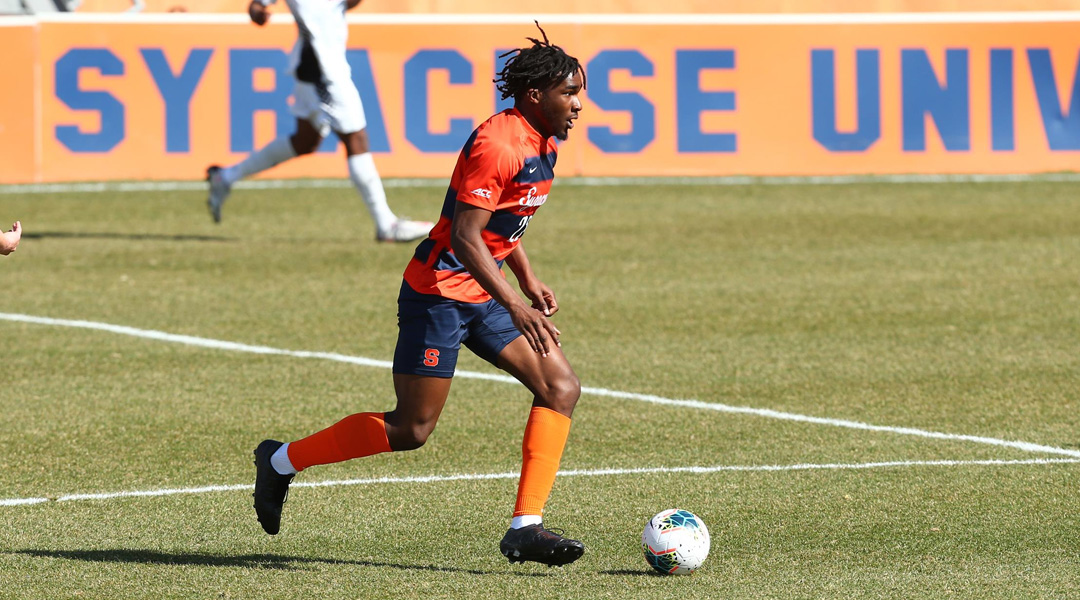 Sigma FC’s own Oluwaseun Oyegunle is expected to be on the pitch for Syracuse University during tonight’s NCAA Championship bout against Indiana.

Oyegunle, who made his professional debut for Forge FC in 2019, has been a regular feature in a Syracuse backline that has kept a 0.68 goals-against average throughout the season thus far, which is the powerhouse university’s best record since 2016.

The 20-year-old Oyegunle made his League1 Ontario debut with Sigma FC in 2018 as a young teenager, making five appearances before doubling that influence the following year when he made 13 appearances, one of which came in a League1 Ontario playoff match.

He was also named as a roster fill-in for Forge in September 2019, following which he made his professional debut off the bench against York United at the age of just sixteen.

Oyegunle’s start in NCAA action was delayed due to the COVID-19 pandemic, but he was able to make seven appearances for Syracuse during the 2021 spring season. He’s had a growing influence on the team since, featuring more regularly this year under head coach Ian McIntyre.

The defender had been tasked by McIntyre to adapt his game throughout the season, with Oyegunle being asked to move further up the pitch to support the attack when Syracuse was on the ball and work on his possession retention.

It’s been a big year for the 20-year-old, who is now just 90 minutes away from a potential NCAA Championship title: his 2022 League1 Ontario campaign with Sigma FC saw him named a Second Team All-Star and U-20 All-Star after 14 appearances.

The Orange advanced to the final with an 86th-minute winner from Levonte Johnson to secure a 3-2 semi-final win over Creighton just three days ago.

Last year saw Sigma talent Noah Jensen pick up an NCAA award before he eventually signed with Forge, so it’ll be interesting to see what comes next for Oyegunle.

There are a number of Canadian talents who progressed well in the pro ranks following their time with Syracuse, like Kamal Miller, Tajon Buchanan, Sergio Camargo, and Forge’s own Chris Nanco.