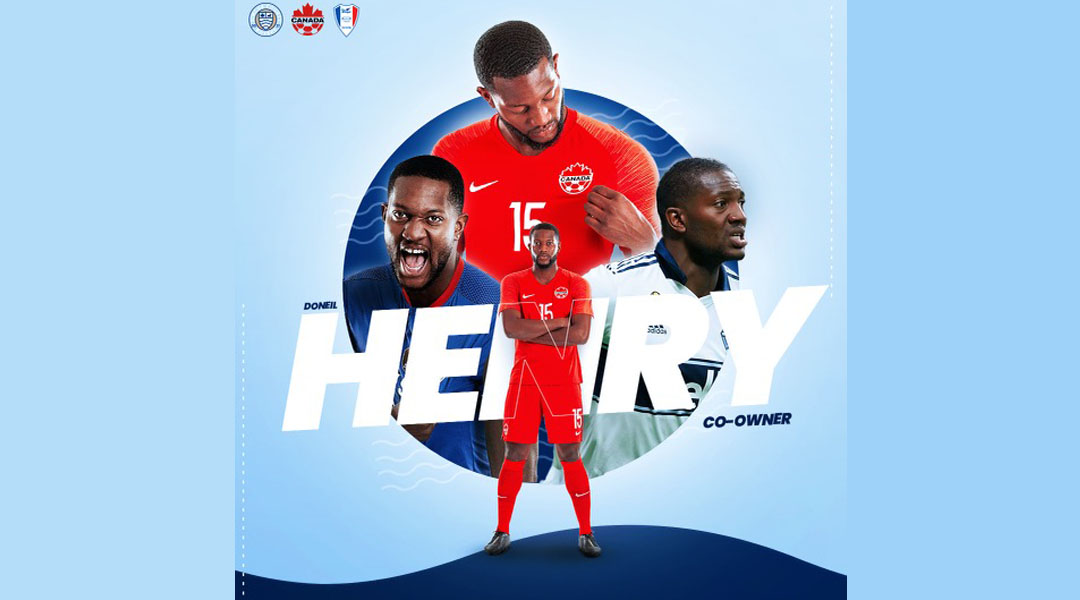 League1 Ontario side Simcoe County Rovers is adding another Canadian international to its ownership group.

Today, the Barrie-based club announced that Canadian defender Doneil Henry has signed on as a co-owner, joining Besiktas forward Cyle Larin and former international Julian de Guzman in doing so.

The former Toronto FC, West Ham United, and Vancouver Whitecaps defender has picked up a minority stake in Rovers Sports and Entertainment Group, though the full details of the transaction were not disclosed by the League1 Ontario side.

I’ve gone to war with Julian and Cyle so it makes complete sense to roll up our sleeves and bring waves in a region that has an appetite for the beautiful game. Peter Raco and Will Devellis are supreme professionals in the game and it’s great to be involved with a solid circle of passionate and respected individuals. Having the opportunity to join forces with top players in the game attracted my interest in this once in a lifetime opportunity.

Doneil, 28, currently plies his trade in South Korea with the Suwon Samsung Bluewings. Named the U-20 Canadian Player of the Year in 2012, he’s gone on to make 41 appearances for the Canadian men’s senior national team, scoring a sole international goal against Cuba in 2019.

The Simcoe County Rovers were officially confirmed as a League1 Ontario expansion team in October after acquiring a league license from Aurora FC. With an ownership group that also includes Peter Raco, the newly-minted side has made waves the profile of investors it has managed to attract.

The club has also formed affiliations with Aurora FC and Athlete Institute FC, while the group’s partnership with the Barrie Soccer Club followed from Peter and Julian’s early splintering with 1812 FC.

BSC’s Will Devellis is also listed as a co-owner of the club, which had stated that a ‘few more’ internationals were set to join the project after Larin was first announced. Real Estate mogul Kosi Stobbs has also joined as an investor.

Co-owner Julian de Guzman goes back quite a ways with Doneil, describing the ownership group’s newest addition as a yet another high-performing individual to join the project.

Adding Doneil to the leadership group is another important strategic move to build a long-lasting foundation for the organization. Doneil’s worldly experiences in football will be a tremendous asset to the Rovers and players of Simcoe County.

Julian also revealed that the club plans to roll out a big League1 Ontario player announcement in the new year, along with a formal venue announcement and further personnel news in terms of additional ownership and technical staff.

Former Ottawa Fury assistant coach Victor Oppong has already been unveiled as the club’s inaugural head coach, with former Aurora FC coach Derek O’Keeffe set to assist him on the men’s team. The women’s team will be helmed by Audra Sherman, with goalkeeper David Monsalve assisting.

The club is expected to play its matches from J.C. Massie Field in Barrie’s Georgian College campus, though this has yet to be confirmed. It sounds like fans won’t have long to wait before it’s official.