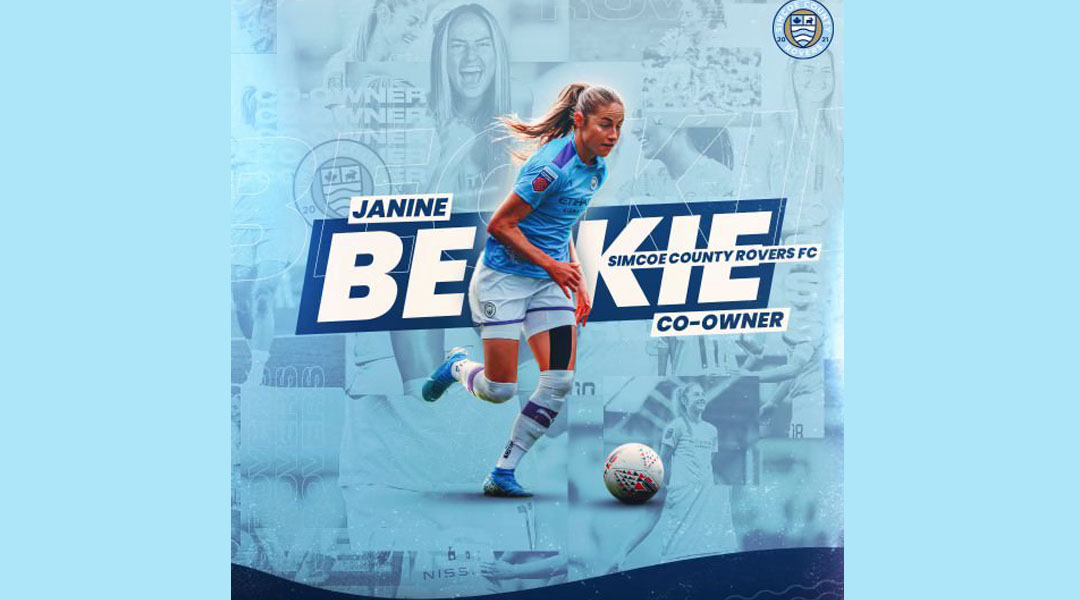 Manchester City forward and Canadian national team member Janine Beckie has become the latest high-profile professional to sign on as a co-owner of the Simcoe County Rovers.

The League1 Ontario expansion side has made waves with its ability to attract high-profile investors, which include men’s national team members Doneil Henry and Cyle Larin, along with former Canada midfielder Julian de Guzman, among others.

With the Rovers poised to launch both a men’s and women’s team at the League1 Ontario level, Beckie – who won gold at the Olympics this year – states that she believes the club represents a sustainable stepping stone for the women’s game in Canada.

Here’s what she told Laura Armstrong in an exclusive for the Toronto Star:

If we want the sport to continue to grow in our country, young girls have to see their idols and their peers playing the game at a high level, and although [the Simcoe Rovers] are not the highest level that we want to see in the country yet, it’s a stepping stone.

Club President Julian de Guzman states that he initially reached out to Beckie last year, describing that the decision to reach out the talented Canadian professional was a ‘no-brainer’.

Beckie was evidently keen to be part of the project, where she hopes to build something sustainable that will benefit young women looking for playing opportunities at a high level.

Whether I’m a player or part of an ownership group, I definitely want to have a voice in that and hold people to high standards, because that’s the only way we’re really going to make strides.

The Barrie-based club is set to embark on its inaugural season this summer, with the newly-minted team aiming to prove itself sustainable in the semi-professional league before landing rights to a Canadian Premier League franchise one day.

While a professional women’s league has yet to land in the country, the Rovers aim to build a sustainable platform for female athletes to showcase themselves.

Beckie arrives as an absolute role model for such athletes, with the Canadian international having scored an astounding 33 goals for Les Rouges through 81 appearances, winning gold at the Tokyo Olympics last year.

At the club level, she made a name for herself with NWSL sides Houston Dash and Sky Blue FC before inked a deal with English giants Manchester City in 2018, where she’s proven to be a top talent in Europe.

This week also saw the club announce its inaugural signing on the men’s side, with the Barrie-based side bringing top League1 Ontario forward Leaford Allen. The men’s team will be led by former Ottawa Fury assistant coach Victor Oppong, while the women’s team will be helmed by Audra Sherman.

Sherman states that she’s signed five players to the women’s team so far, with an open trial set to take place in February and an invite-only session set to follow in March.

The Simcoe County Rovers were officially announced last summer after the group who had initially formed 1812 FC splintered apart, with co-owners Peter Raco, Will Devellis, and Julian de Guzman forming the new expansion side. It goes without saying that there’s the derby between Simcoe County Rovers and 1812 FC will likely prove a heated affair.

With Janine Beckie becoming the latest in string of high-profile owners, it’s safe to say that the Simcoe County Rovers have one of the most ambitious ownership groups ever to assemble itself at the League1 Ontario level.