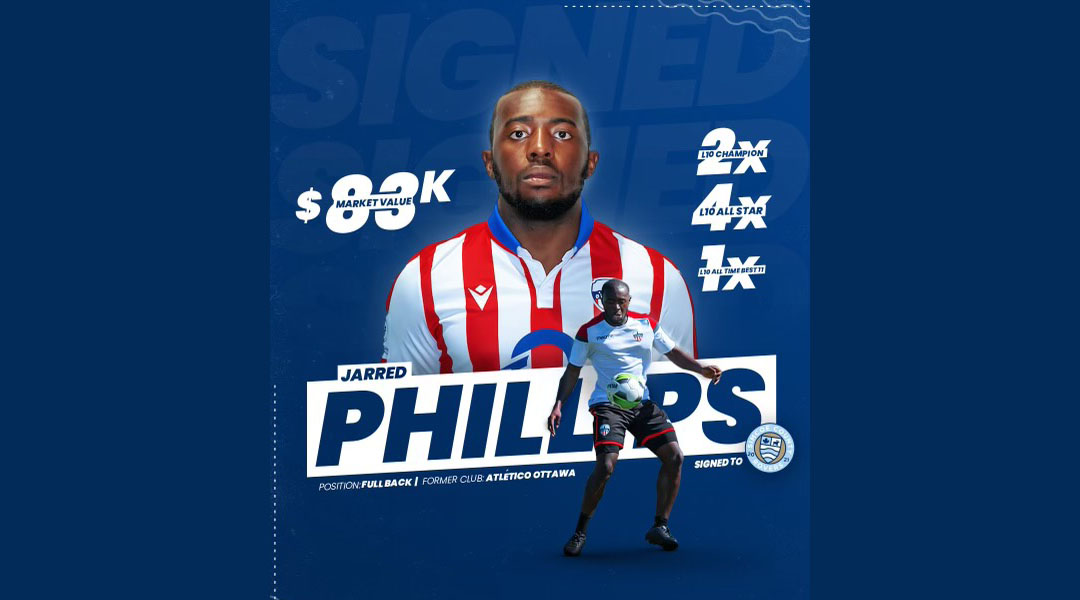 The Barrie-based club has secured itself a top League1 Ontario full-back who has four all-star nominations to his name, with the Rovers becoming the first League1 Ontario team to pry him away from longtime club Vaughan Azzurri.

The 26-year-old defender has won the semi-professional division twice, having made 73 appearances with Vaughan over the last five years. He was called up to the professional level by Atletico Ottawa in 2020, with the full-back going on to make five appearances at the bubbled Island Games tournament.

It wasn’t his first time against CPL opposition, with Phillips having impressed for Vaughan in a two-legged cup tie against the Halifax Wanderers a year prior.

Following his stint at the professional level in 2020, Phillips returned to the Vaughan Azzurri and featured in eleven matches for them last season, playing alongside former Atletico Ottawa draft pick Reggie Laryea. He featured regularly for Vaughan right up until a 1-2 semi-final loss to the Blue Devils and, of course, his now-teammate Leaford Allen.

The Barrie-based League1 Ontario expansion club has made waves since being accepted into the semi-pro league last season, bringing in high-profile owners like Janine Backie, Doneil Henry, and Cyle Larin ahead of its inaugural campaign. The men’s team will be coached by former Ottawa Fury assistant coach Victor Oppong, whilst the women’s team will be helmed by Audra Sherman.

Phillips and the rest of the squad are expected to call Georgian College’s JC Massie Field home next season, though the venue hasn’t been officially confirmed as of yet. The Rovers won’t be the only new team on the block, with Peterborough’s Electric City FC also set to launch alongside returning club Pickering FC.

The Simcoe County Rovers will be releasing weekly player signings ahead of the squad’s full preseason in March.