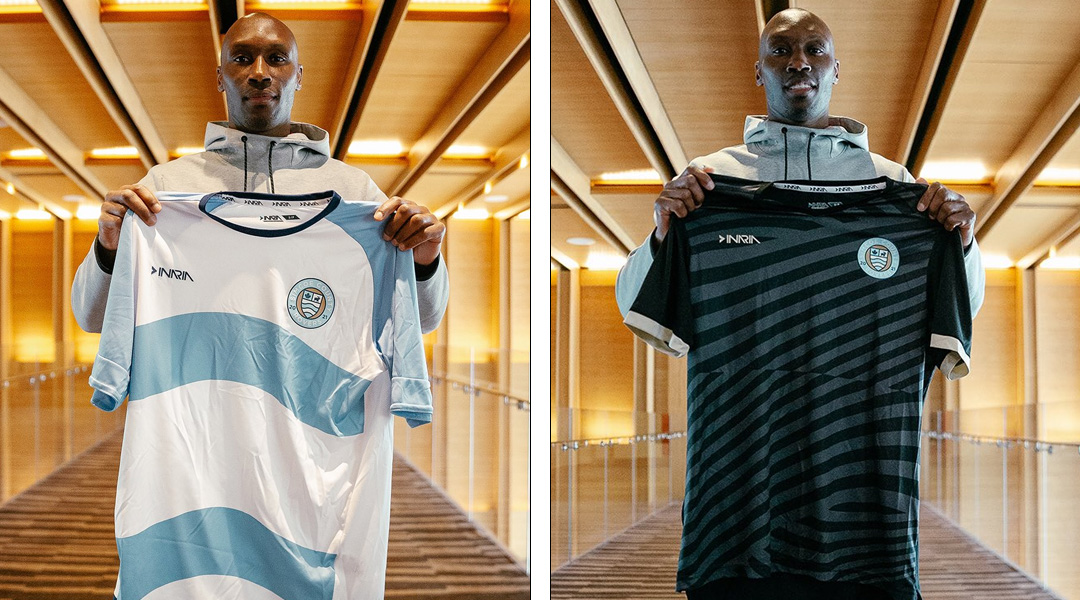 Brand new League1 Ontario side Simcoe County Rovers have unveiled the club’s inaugural home and away kits, which are produced by Inaria.

The home kit of the newly-minted team sports waves of bright blue against a white backdrop, representing the rivers and surrounding water of Simcoe County along with the passageways that connect the community. The away kit sees contrasting patterns of gray-and-black stripe take the reigns.

The kits were revealed in a photo drop featuring Atiba Hutchinson, who was revealed yesterday to have joined the club’s high-profile ownership group yesterday:

Fans keen on supporting Barrie’s first can do take a look at the kits in the official online shop, which lists both looks for $70. All-told, that’s a pretty reasonable price for supporting local football.

The freshly-assembled side has recruited some all-star talent at the League1 Ontario level, bringing in top semi-pro talents like Reshon Phillip, Leaford Allen, and Jarred Phillips along with former Atletico Ottawa forward Shawn-Claud Lawson.

Fans will get their first look at the home colours when the Rovers open their season at home against Blue Devils FC on April 24.