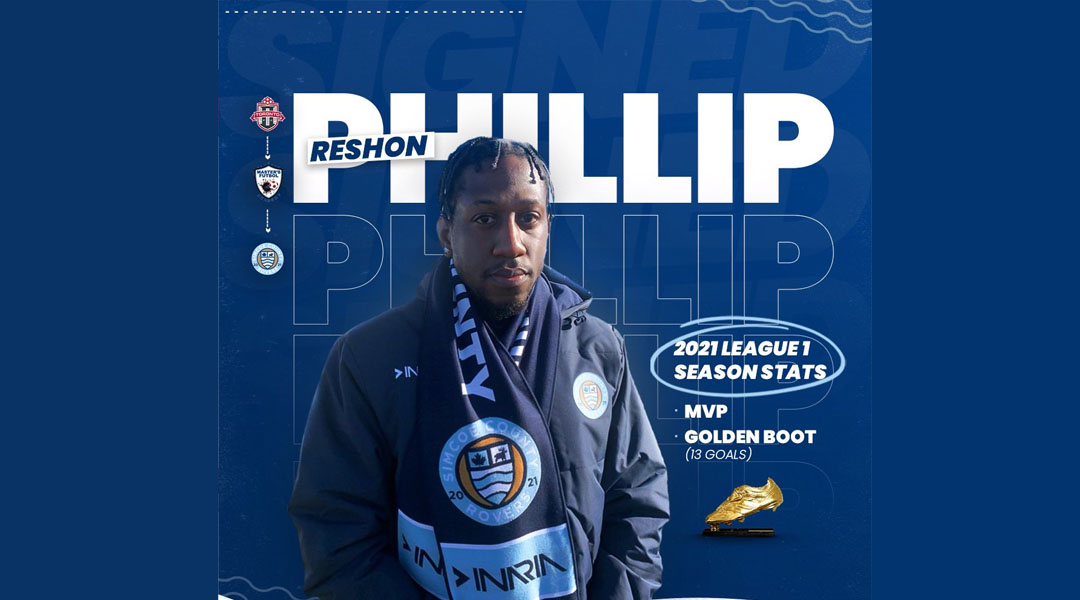 The 23-year-old has been a standout forward at the League1 Ontario level for several years now, with the striker now arriving alongside Leaford Allen and Jarred Phillips as one of the Barrie-based expansion side’s first signings.

Phillip would score a playoff brace for MFA in a 2-2 semi-final loss to Guelph, which was ultimately his final appearance in red before today’s move to the Simcoe County Rovers.

The 23-year-old had developed in the TFC Academy and was involved in a Canada U-16 talent identification camp before earning a call-up to Toronto FC II in 2015. His time with the Young Reds saw him bag a brace against FC Montreal, with Phillip going on to make seven appearances for the side.

He moved to NJCAA side Indian Hills Community College two years later, where he made the All-American squad before returning to Ontario.

The next few seasons would see Phillip feature across two stints apiece for Master’s Futbol Academy and Blue Devils FC before making his current transition to the Simcoe County Rovers. He also seems to have spent a small stint with Latvian side FK Spartaks Jurmala in 2019.

Given that Reshon Phillip and Leaford Allen scored 23 goals between the two, it looks like the Rovers have locked in some fantastic attacking talent ahead of the club’s inaugural season.

The Simcoe County Rovers will be coached by former Ottawa Fury assistant coach Victor Oppong, with the Barrie-based club making waves in its assembly of a strong ownership group that includes Canadian internations Janine Beckie, Doneil Henry, and Cyle Larin.