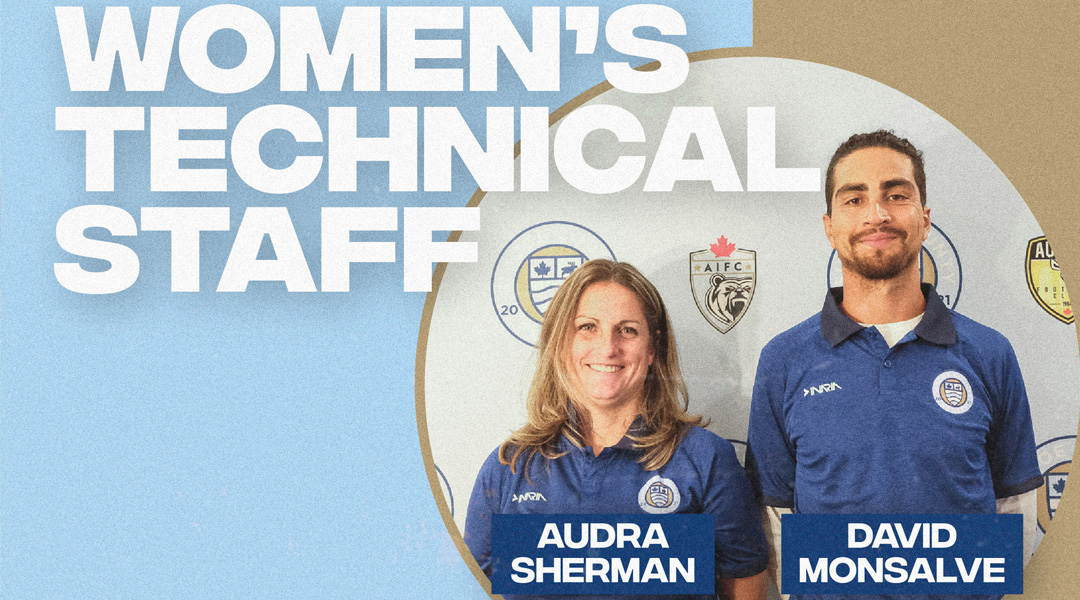 Prospective League1 Ontario team Simcoe County Rovers has confirmed that it will be operating a senior women’s program in 2022, with the club naming Audra Sherman and David Monsalve as the first members of its technical staff.

Sherman is a name that will be familiar to Ottawa Fury fans, with the new women’s team head coach and general manager having spent six years as the director and head coach of the Fury’s Elite Girls Academy. She also spent five years as an assistant coach with the Carleton Raven’s women’s program and was a Team Ontario provincial coach, winning gold in the 2013 National All-Stars Championship U-15 Division.

She is presently the head coach of University of Ontario Institute of Technology women’s soccer program, and holds a Canadian A License.

Club President Julian de Guzman indicated that her appointment shows that the Simcoe County Rovers aren’t holding back in their ambitions with the women’s program:

Canada continues to enjoy a pinnacle moment in women’s soccer, and you couldn’t ask for a better time to help spur the development the women’s game needs. Our aim is to set a high standard of professionalism and to be one of the best women’s football programs in the county.

Prior to her transition into coaching, Sherman was a member of the Canadian national team program from 1995-1997 before playing university football with Clemson University and Hofstra University. Her playing career includes five seasons in the USL W-League.

Joining her will be David Monsalve, who the release indicates has hung up his gloves as a professional goalkeeper. The former national team player will have plenty of experience to offer, and had already helped run some camps for Simcoe Rovers youth affiliates like Aurora FC, the Barrie Soccer Club, and the Athletic Institute.

Monsalve has played in a variety of countries throughout his career, with the goalkeeper having played professionally in Canada, Finland, Colombia, Sweden, and Guatemala. He last played for Club Xelaju MC after a short time with Forge FC during the start of the COVID-19 pandemic.

He’ll be working alongside Sherman outside of the Rovers as well, with the 32-year-old now the goalkeeper coach for the Ontario Institute of Technology men’s and women’s programs, with Monsalve also assistant coaching with the latter.

The news comes just one week after the technical staff appointments for the men’s team, which bring Victor Oppong and Derek O’Keeffe into the mix. The club had also announced that Canadian national team striker Cyle Larin has joined as a co-owner, with additional investors like Kosi Stobbs set to be revealed in the near future.

The Simcoe County Rovers are expected to apply to join League1 Ontario for the 2022 season, where the club will play from JC Massie Field on Barrie’s Georgian College campus. Given today’s announcement, it’s looking likely that the men’s and women’s teams will launch simultaneously next year.

The Simcoe County Rovers were founded by Peter Raco and Julian de Guzman, who announced the brand new club in July after the pair had gone their separate ways from 1812 FC founder Andrew Weilgus.