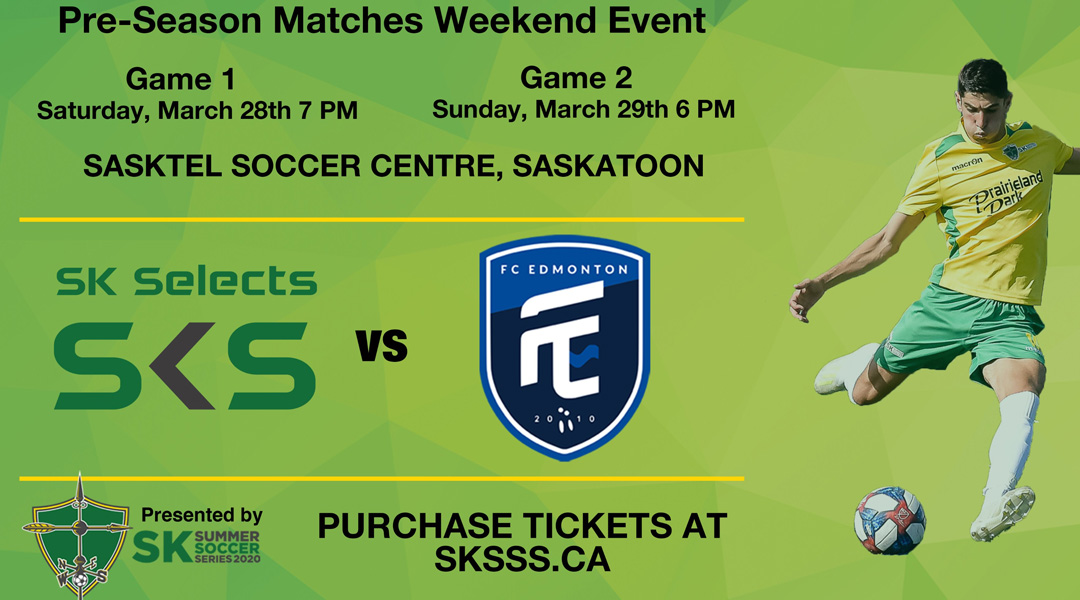 FC Edmonton will be playing two preseason friendly matches against the SK Selects on March 28 and 29 as the SK Summer Soccer Series kicks off its 2020 schedule.

While last year’s exhibition series didn’t see the local side square up against any CPL opposition, the organizers made it no secret that they were aiming to host a team from the burgeoning league this year. If all goes well for Joe Belan’s litmus test, it’ll be far from the last time a Canadian Premier League side visits the city of Sakatoon.

The two matches against FC Edmonton will take place in the SaskTel Soccer Centre as opposed to SMF Field, likely due to the expected March weather. Interested fans can purchase tickets here.

This year, the exhibition series will kick off with two matches in spring to accommodate the preseason schedule of FC Edmonton, who are in the midst of a roster rebuild ahead of the club’s second season in the Canadian Premier League. The Eddies will open their 2020 campaign away to Pacific FC on April 11.


Average attendances for the 2019 exhibition series exceeded expectations, though Belan was clear from the get-go that he would only launch a CPL venture if the SK Summer Soccer Series indicated that doing so would be a sustainable and logical business venture.

If the 2020 series proves successful, Belan would like to field a Canadian Premier League team that calls Saskatoon home for the 2021 CPL season.