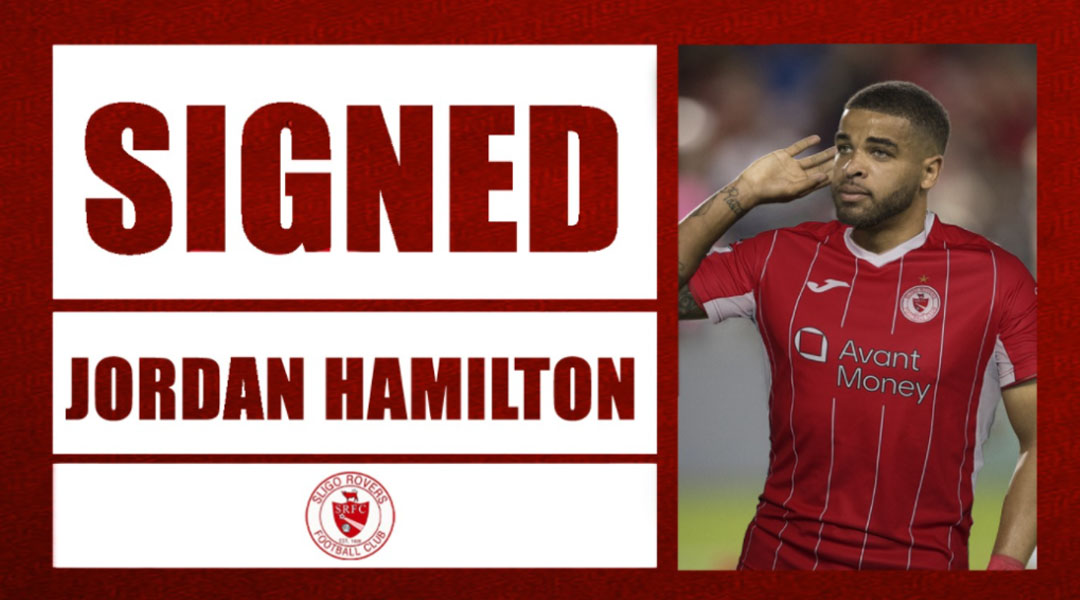 The move is still subject to his work permit and international clearance.

Hamilton had terminated his contract with Indy Eleven back in September after scoring five goals from 18 appearances. The longtime TFC striker had accrued 37 goals in 135 appearances across all competitions for the MLS side, participating in the club’s treble winning season before moving to the Columbus Crew in 2020 and being part of an MLS Cup-winning side there, too.

With the Rovers describing him as a consistent goalscorerer, head coach Liam Buckley believes he’s a great pickup for the side.

“Jordan is a technically good and talented footballer with not just strong MLS experience but also having done really well in the USL,” he says, “we feel Jordan is a good signing for us and he can bring his form in the US to the league here.”

With the club having lost on out Johnny Kenny, it’s looking to resupply an attack that can help push the side beyond its third-place finish last season. The side has also brought in former Ireland U-21 Aidan Keena.

“I’m very pleased to join Sligo Rovers,” said Hamilton of the move, “it’s exciting to play in a new league and in Europe and I can’t wait to experience it. I want to help the team achieve its goals this season and show what I can bring. The team has been in the top four of the table for two years and the manager has told me about what a competitive league it is. I’m excited for the challenge and to play in front of all the Sligo Rovers fans.”

There had been some who thought that Hamilton might find his way to the Canadian Premier League, a domestic division that he keeps a close eye on. In 2020 we released a list of 10 Canadian MLS Players Who Could Jump To The CPL, and nine of ten did: only Hamilton has pursued a career elsewhere.

He now finds himself in a league that includes Kris Twardek, who once played for Sligo Rovers but now plays for Bohemian FC. It’s also unclear whether Terique Mohammed will remain with Dundalk this season, or if he’s set for another loan spell.

There’s been a Canadian exodus of sorts from Indy Eleven, with Aboubacar Sissoko joining Forge and Carl Haworth returning to the capital city to sign with Atletico Ottawa.

With Hamilton having contributed 42 goals from 156 appearances in a career that has – barring a short loan to CD Trofense – been spent in North America, it’ll be interesting to see how the Scarborough-born striker performs over in Ireland.

Hamilton’s move to Sligo Rovers is still pending the approval of his work permit and international clearance. There are not expected to be any difficulties with this.