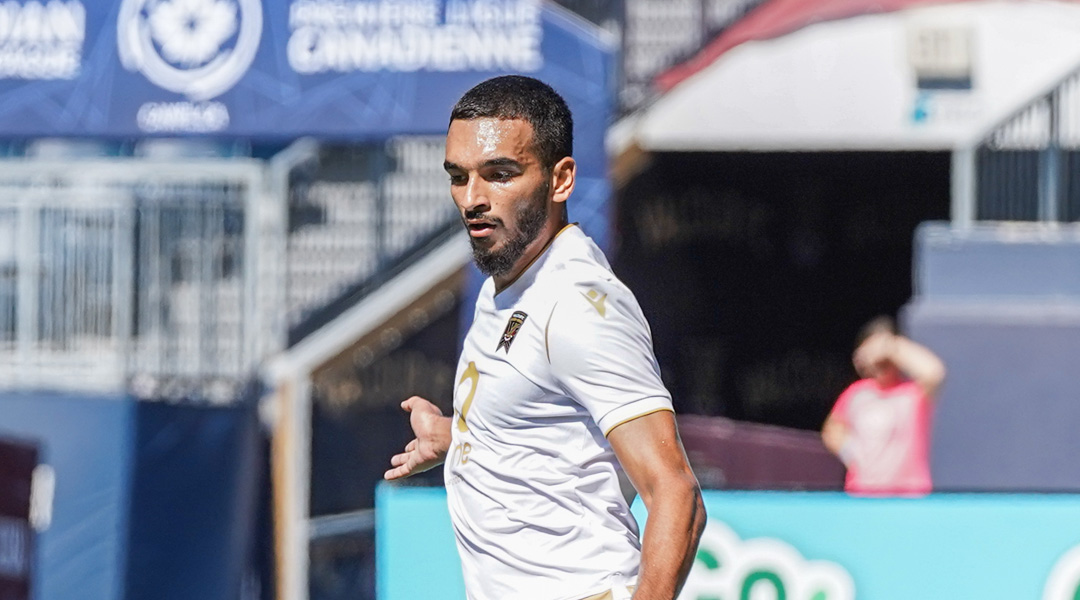 Out-of-contract Valour defender Nassim Mekideche has been invited to preseason camp with Sporting Kansas City, where the 22-year-old will vie for a roster spot with the first team.

The centre-back had linked up with Valour FC midway through the 2022 Canadian Premier League season, making ten appearances for the team and grabbing a long ball assist against Cavalry FC in August:

Valour averaged a goals against of 1.47 in matches without Mekideche, while matches whereupon he played the majority of the game saw the club’s goals against drop down to an astounding 0.625 – quite a remarkable difference.

With Mekideche now out of contract with Valour, the potential transfer would take shape with him as a free agent.

The Canadian-Algerian centre-back had suited up for Tunisian first division with CS Hammam-Lif before his return to Canadian pastures last year, making four appearances for the side.

Standing at six-foot-two, he presents as a sizeable figure who would occupy an international spot with Kansas – something that had blocked a similar move for Amer Didic years ago.

Mekideche was born in Algeria and grew up in Montreal, but turned professional with Algerian side JS Kabylie in 2018, signing a three-year contract back then.

He won’t be the only CPL centre-back set to test himself with an MLS side this month, with the Vancouver Whitecaps looking at Daniel Krutzen and Inter Miami evaluating Diego Espejo.