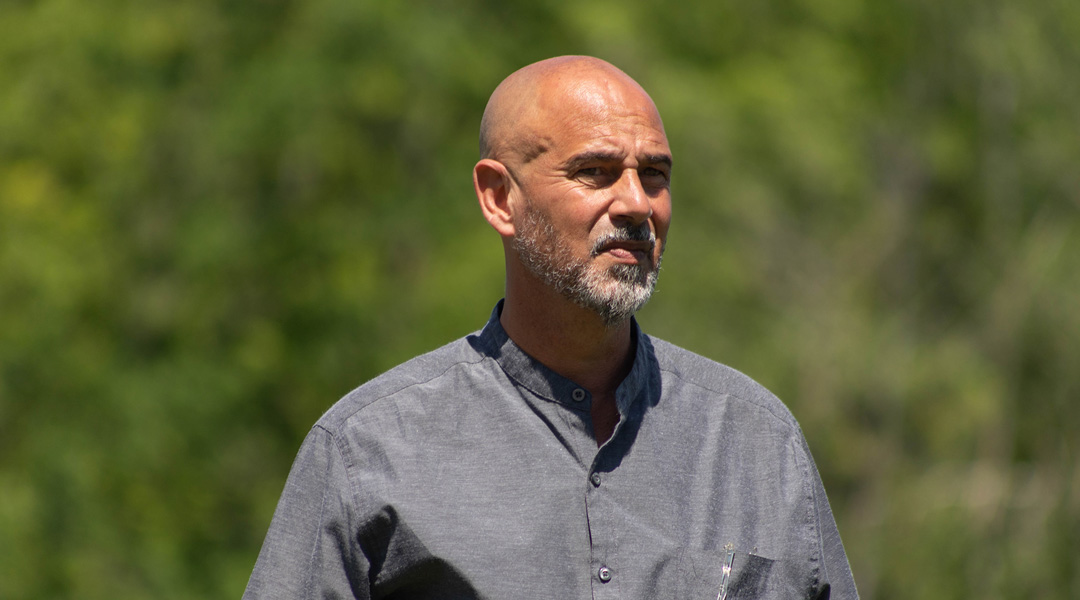 It’s been a rough week for the Halifax Wanderers: with many players struggling with injuries, the club lost out to the Ottawa Fury via a 5-4 aggregate Canadian Championship bout on Wednesday, arrived in Toronto on Friday, and suffered the league’s biggest blowout with a 6-2 loss against York9 FC.

Hart had a strategy going into the club’s game at York Lions Stadium: he wanted to rest some players like Juan Diego Gutiérrez and Kodai Iida in the beginning, and substitute them on later to control the game. Unfortunately for Hart and a healthy travelling contingent of Wanderers fans, it didn’t take long to discover that the selected roster would struggle to deal with the attacking-minded Nine Stripes squad:

The way the game started, I felt something was wrong. We were second best. They were going through with their tackles, and then when we did get on the ball, we just couldn’t keep it for any length of time. We struggled to really keep the ball out of their feet, so to speak, and basically make them do a bit of work. In all honesty, we didn’t get close.

To be fair to Hart, the strategy made a lot of sense: having played the Nine Stripes three times already, the two squads had always kept the scorelines close. If he could give certain players a bit of a breather amidst a congested travel schedule and still feel confident of picking up a result, it seemed like a good gamble. Today, it didn’t play out in his favour.

Hart was displeased at the way his side failed to adapt to a strategy that York9 FC employed straight from kick-off: balls found their way out wide to the likes of Diyaeddine Abzi and Ryan Telfer, who transitioned the ball into dangerous situations that the Wanderers defense struggled to cope with. It happened multiple times, and quickly, with the Halifax defense struggling to come up with a solution.

We just never adjusted. I’m sure if you go back and watch four of the goals, they were very similar. Very, very, similar. And that shouldn’t happen at this level.

While the former Canada national team manager admitted that his decision to rest certain players backfired horribly, Hart simply wants to put the 6-2 loss behind him and focus on the club’s fifth away game in a row:

I thought I would go with the same selection of the most healthy players, and not put certain players at risk. I have to admit, I got it wrong. You know? But, we have to get over it and try to recover in time to fly to Edmonton on Monday and play the game on Wednesday.

The Halifax Wanderers currently finds itself in sixth place out of seven, and last-placed Valour FC still has two games-in-hand. After Wednesday’s game in Edmonton, the club will finally return to Halifax where a boisterous home crowd awaits. When not looking at clubs which play out of CFL stadiums, the Wanderers have the best attendance out of any CPL side, and the atmosphere has evidently made an impact.

In short, it’s no surprise that club is already looking at expanding the stadium.


Stephen Hart’s squad hasn’t secured a single away win in Canadian Premier League action yet, and a large part of this may be due to recovery and fatigue. The rigorous travel schedule that comes with being an East Coast team in a coast-to-coast league is one of Hart’s biggest challenges to overcome, and he’s still working with his medical team to do what he can to improve things.

West Coast rival Pacific FC has had similarly dismal away form, clocking in just one league win away from home so far. When the two clubs meet in the coast-to-coast clash, it’s one of the longest league-based away trips in the entire sporting world.

Fans will be hoping that the 59-year-old Wanderers coach – who is also their general manager – can find a way to start picking up points on the road. It’s still early days in the fall season, but starting off with one win and four losses isn’t the most inspiring start.