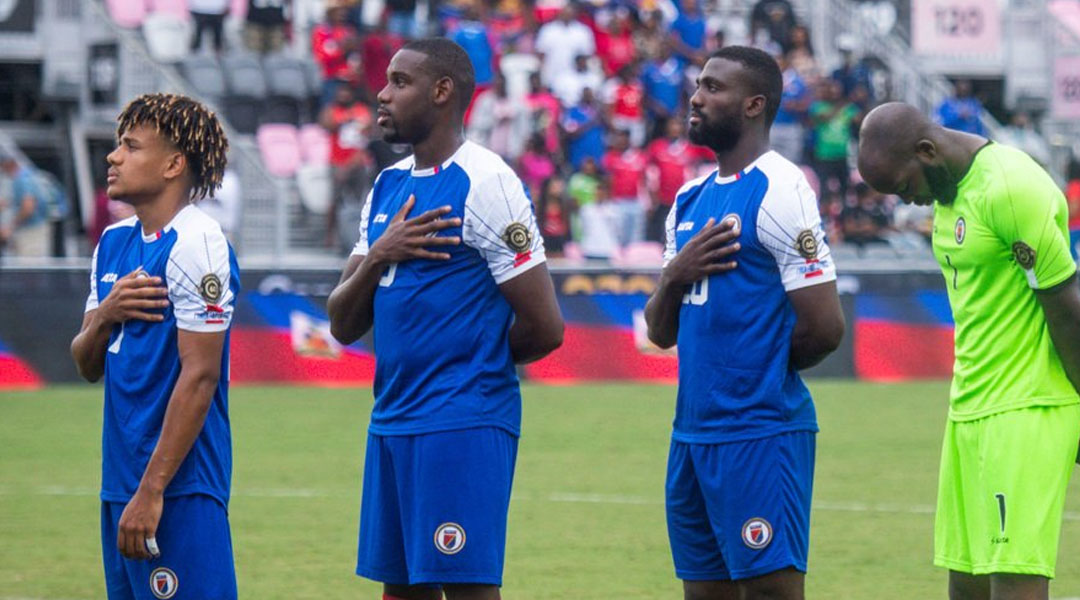 With both Haiti and the Trinidad and Tobago national team securing wins last night, Canadian Premier League athletes Ryan Telfer (Atletico Ottawa) and Jems Geffrard (Halifax Wanderers) will now miss the bubbled opening to the 2021 CPL season to participate in the 2021 Gold Cup.

The duo had recorded big wins in the first preliminary round last week, with each of their countries advancing to another must-win second round to qualify for the international competition. As was largely expected, both players featured in last night’s matches, and they’re now locked in for international duty this July.

Telfer saw seventy minutes of action as the Soca Warriors took on French Guiana last night, staying through a first half that saw a goal from Kevin Molino cancelled out by a close range strike from Arnold Abelinti. With the match scoreless at full time, an intensive penalty shootout followed at DRV PNK Stadium, with a then-substituted Ryan Telfer watching from the sidelines as Trinidad and Tobago eventually came out 8-7 winners.

Trinidad and Tobago now find themselves in Group A of the 2021 Gold Cup, which features plenty of tough competition: Concacaf giants Mexico are expected to top the group, with El Salvador and Curacao offering plenty of competition for a Soca Warriors side that will have its sights set on redemption after bowing out of World Cup qualification and undergoing an internal restructuring.

It was a more comfortable win for Jems Geffard’s Haiti, who got through the second preliminary round with a 4-1 win over Bermuda. The Halifax Wanderers defender played the full ninety minutes Les Grenadiers, watching as a hat trick from Frantzdy Pierrot and a late penalty from Duckenz Nazon secured a comfortable Gold Cup entrance for his country.

Geffrard now finds himself in a tough Group B that features Canada, USA, and Martinique. Having suited up against Canada less than a month ago, he’ll be called upon once again to stimmy an attack featuring the likes of Alphonso Davies and Jonathan David – no easy task.

With Peter Scaale recovering from a knock, the club is currently fielding Mateo Restrepo as a centre-back. While Akeem Garcia and Andre Rampersad received national team call-ups in June, the duo were unable to accept them due to travel difficulties.

The 2021 Gold Cup will be available to stream live on OneSoccer.