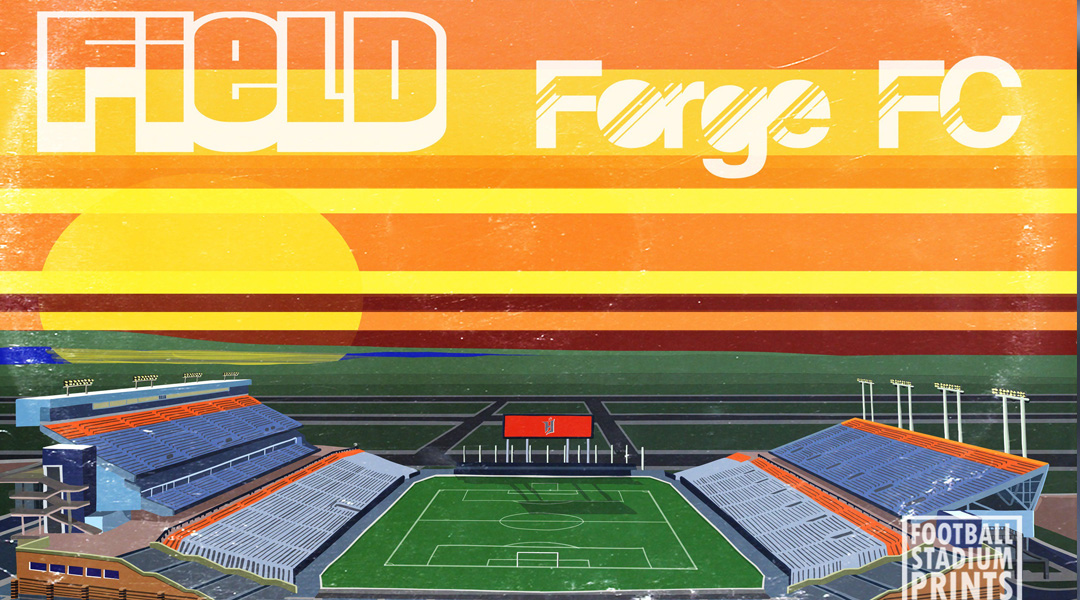 Based in Hamilton, the stadium known as Tim Hortons Field will go down in Canadian football history. The 20,000+ seater stadium is home to Forge FC, and it’s the venue that got to host the inaugural Canadian Premier League match last Saturday. Now, it has some fantastic stadium artwork, too.

Earlier this week, an artist from Scotland conducted a Twitter poll to see what stadium fans wanted drawn next. Forge FC and NPSL side Chattanooga FC were the front runners, winning 51% and 37% of the vote respectively.

Here’s the finished product from the Scottish artist, who did a remarkable job capturing the finer details of Tim Hortons Field:

The stadium has already seen some 17,611 fans attend that very first Canadian Premier League game, which ended with hosts Forge FC securing a late equalizer in a 1-1 draw against local rivals York9 FC. In all likelihood, it’s going to witness plenty of more important CPL moments in the future, too.

Tim Hortons Field is owned by the city of Hamilton, with Forge FC cofounder Bob Young renting the facility for both Forge FC and the CFL’s Hamilton Tiger-Cats. At just under 5 years old, the stadium still feels brand new and has a modern locker room for the team as well, despite the vintage vibes of the poster.

The fantastic artwork is now available to purchase on the artist’s website, FootballStadiumPrints. If you’re a Forge FC fan, it’s a pretty cool piece of artwork to consider.

The Hamilton-based side will play its next home game against Pacific FC on Wednesday, May 8, with the Vancouver Isle side hoping that its second-ever midweek game will bring better fortunes than yesterday’s game against Valour, who saw out a 2-1 away victory.

As one of the tallest stadiums in the league, Tim Hortons Field offers fantastic camera angles for the OneSoccer stream. With Forge FC still undefeated at home, it should be a great viewing – and it’ll be interesting to see how the crowd looks with the upper levels closed off and everyone placed closer together.