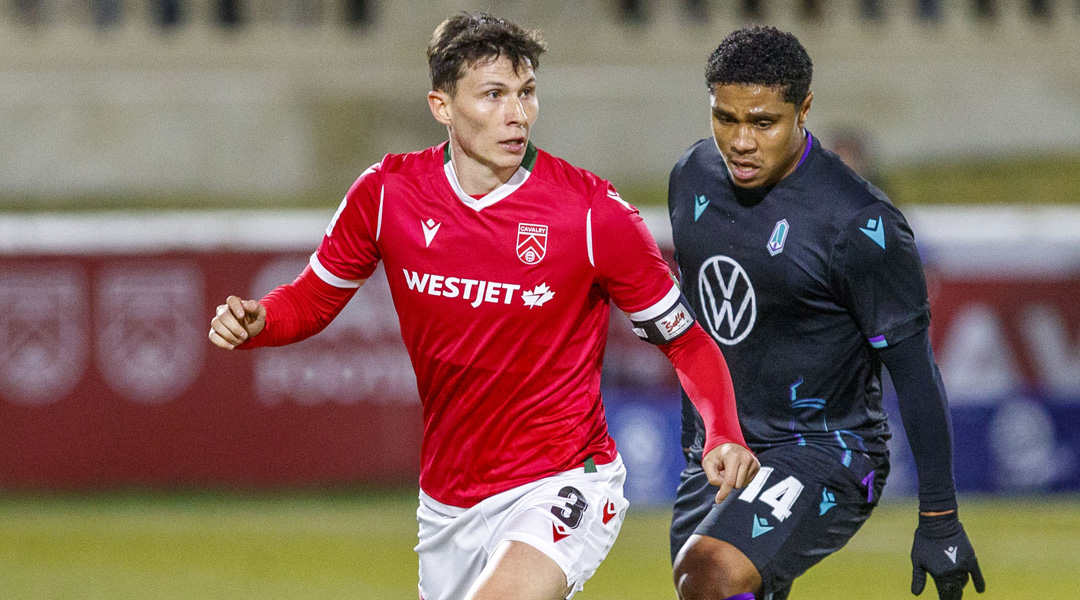 Nearly four years removed from his last appearance in the English Championship, Tom Field is fighting to prove he belongs at the professional level.

The 25-year-old left-back spent the last two seasons with Cavalry FC, making 12 appearances between a trio of injuries that sidelined the defender for the bulk of his time in red before parting ways Cavalry in December.

The Brentford academy product was picked up by the Alberta-based club ahead of the 2021 CPL season, making four appearances before a hip flexor injury saw him miss about three months of action. He returned for the tail end of the regular season, making twelve appearances in all before another injury struck last year.

“I thought this season was going to be where I could prove to the CPL and people back in England that I’m still the player that I was in Brentford after a few injuries,” said Tom, who had seen some shoulder injuries pop up during his time with The Bees.

Just three weeks before the 2022 CPL season was due to kick off, however, he was sprinting in the last minute of a Cavalry training session and had the ball get stuck underneath his foot as his momentum carried him forward. Through a freak training accident that would ultimately require surgery, his season was snuffed out before it could begin.

Cavalry had liked him as a player, but at this point he had accrued little gametime after occupying an international slot for two seasons. He understood where they were coming from when the cut him loose in November.

“I don’t want to say I’m unlucky or anything, I’m not making excuses – the last three-and-a-half years have been the toughest of my life. Trying to get back into fitness, working with the sport scientists constantly, it’s like a never ending circle and I just want to get out of that. I want to prove to everyone how good of a player I really am, because I think I’ve got a lot to offer in the CPL, if not higher.”

Field recovered from his injury in the fall, and had even hoped to return to the squad during its playoff run last season. With that now in the rearview, he’s been training hard to stay fit ahead of his next opportunity, though it remains to be seen where that will be.

While Field had some offers back in England, he’s stayed in Canada to fight for a new opportunity at the professional level – a redemption arc he hopes will open itself in the months to come.

“I love Canada as a whole, I love living here. I went back to England for a month and a half to see my family and train with a couple of teams, and I got a couple of offers, but I just couldn’t bring myself to move back there. There’s just unfinished business here. I feel like people need to see what I can do.”

He’s now putting his head down and training hard, reaching out to contacts and doing what he can to showcase himself. He recently accepted an offer to train with FC Tigers Vancouver, and hopes to earn an opportunity to land a new CPL contract in the months to come.

Having made 17 appearances in the English Championship while also experiencing life in League One, League Two, and the Scottish Championship, it’s easy to see how a fit Tom Field could be an intriguing prospect for a Canadian Premier League team.

“I have to go and train and prove myself,” surmises Tom, who has already received a preseason invitation with one CPL side. “I’ll just leave it at that.”