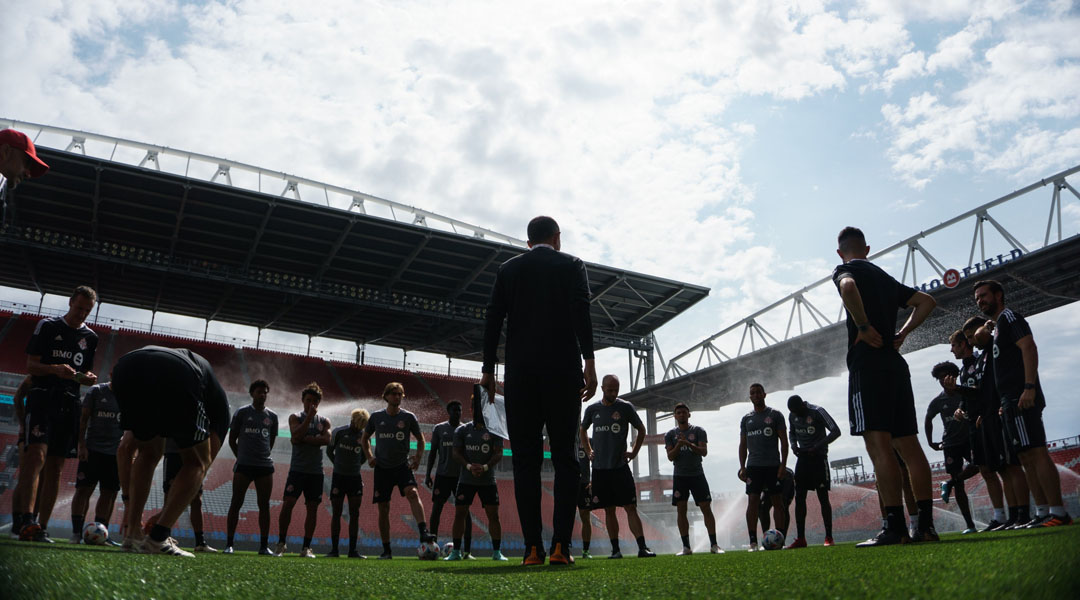 The Major League Soccer club has just announced that it is now officially set to play its next two matches at home in BMO Field, with plans being set to secure the location for the remainder of the club’s home season schedule, too.

The first match back will take place in just three day’s time with TFC set to host Orlando City this Saturday. In accordance with public health protocols and MLS regulations, the Ontario-based team will play host to 7,000 fans for its first match at BMO Field with fans in attendance since March 2020.

This weekend’s crowd will be made up frontline healthcare workers, first responders, and season ticket members. The club will then expand capacity to 15,000 for next Wednesday.

The importance of this return home for our team can’t be overstated. It has been a long, hard time on the road due to pandemic protocols and we have greatly missed the energy and support of our fans at BMO Field. Our return to Canada gave the team an incredible boost this week and we look forward to an emotional night at BMO Field with our fans on Saturday.

The first match back will see the club express gratitude for the healthcare works and season ticket holders in attendance, with a number of club partners supplying gifts for those in attendance: scarves will be given out by BMO, with free food fare coming from a variety of brands.

The occasion could also be marked by the return of Jozy Altidore, who was previously frozen out of the first team by former head coach Chris Armas.

The Major League Soccer side had flown back to Canada on July 8 after a memorable 2-3 win over New England Revolution, though it followed the club’s worst-ever start to the season. The squad trained at BMO Field today, with rumours of the official return home coming in earlier today as stadium supply companies arrived on-site.

We know that our return home is the result of the hard work of many government and public health officials, as well as the efforts by everyone to follow health and safety protocols and protect our community and we are grateful to everyone for their support.

Both MLS and Toronto FC are in communication with the Canadian government regarding the possibility of playing their remaining home matches at BMO Field. All of Toronto FC’s MLS matchups are available on TSN.

The MLS side isn’t the only Ontario-based team with a long-awaited return home, with the likes of Canadian Premier League sides York United, Forge FC, and Atletico Ottawa all set to resume home matches beginning on July 30.

CF Montreal has also been cleared to host a match against FC Cincinnati on July 17, whilst things are looking optimistic out west with the Vancouver Whitecaps, too.