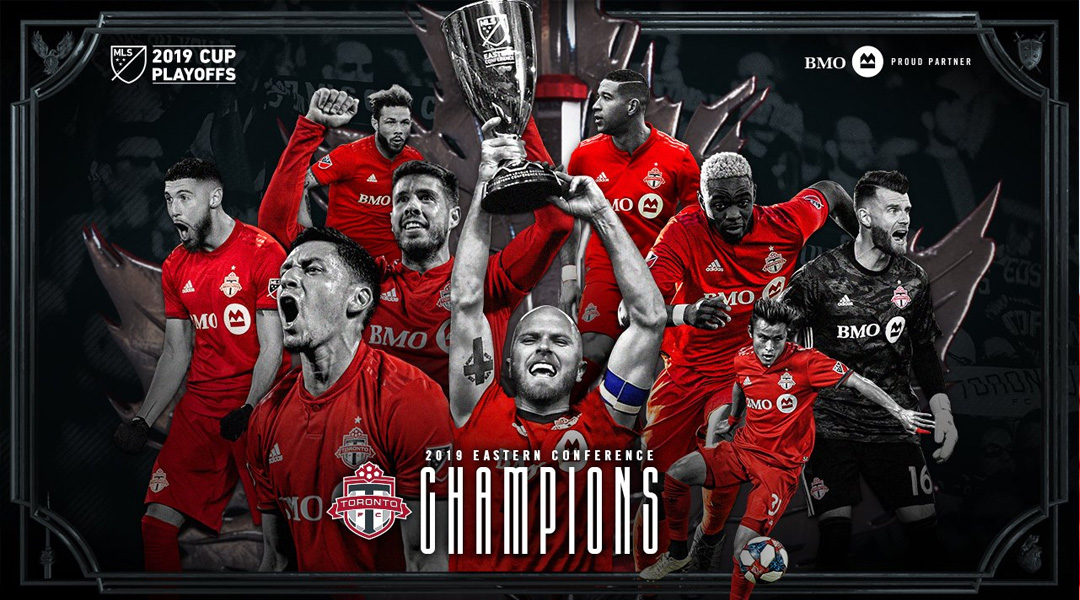 For the third time in the last four years, the MLS Cup Final will be contested between the Seattle Sounders and Toronto FC.

After dispatching both DC United and New York City FC to reach the Eastern Conference finals, Toronto FC had it all to do playing a tough away leg against Atlanta United – a feat made even harder with the notable absences of Jozy Altidore and Omar Gonzalez.

Just three minutes and sixteen seconds into the Eastern Conference final, a quick break from Atlanta United would see Pity Martinez break free on a dangerous counter, unselfishly crossing the ball to a wide-open Julian Gressel to give Atlanta the lead with the game’s first big chance.

Minutes later, a struggling Toronto FC backline gave Atlanta United too much space yet again, with Michael Bradley then conceding a penalty kick. It was none other than Josef Martinez – Atlanta’s King, as he is known – who stepped up to take the spot kick. A familiar story unfolded in the next few seconds: Quentin Westberg, the TFC goalkeeper who has long since usurped the starting spot from Alex Bono, providing heroics yet again. He made a quick low dive to save Josef’s penalty, keeping Toronto FC from going 2-0 down within the game’s opening twelve minutes.


Against the tide of play, TAM winger Nicolas Benezet would tie things up for the reds just three minutes later, curling in a perfectly placed shot from outside of the box that just trickled beyond the outstretched dive of Atlanta shotstopper Brad Guzan. The Benz got quiet: it was all square between Atlanta and Toronto.

Atlanta United ended the first half on the front-foot, looping in dangerous balls in repeated efforts to break Toronto FC’s offside trap. When it came time for the second half, Vanney was already making his adjustments: Toronto local Richie Laryea came on for Tsubasa Endoh (who has had a fine comeback season for the reds), with Benezet being taken off for Nick DeLeon in the 54th.

Toronto FC switched to three-at-the-back as Atlanta kept prodding away, dominating the passing plays and getting the lion’s share of the chances. With the momentum shifting away from TFC, Vanney took off Auro and brought on Patrick Mullins as the reds changed shape yet again.


With twelve minutes of regular time left to go, Toronto FC struck back against the run of play: DeLeon scuffed his reception of a pass, but was still able to retain possession and make a turn. Sensing space, he fired an absolute rocket that lifted beyond Guzan and straight into the back of the net: for the second time in the 2019 playoffs, the man who had to go through the MLS Re-Entry draft scored an absolute beauty from outside of the box in the MLS postseason.

Toronto FC parked the bus in an effort to kill out the game, with Atlanta United now bringing everything but the kitchen sink forward. Guzan was up for corner kicks. Toronto FC didn’t have a single player in Atlanta’s half. The overload from The Five Stripes was on, but it wasn’t meant to be: after five minutes of added time, the final whistle sounded: Toronto FC are the 2019 MLS Eastern Conference champions, and they’ve got a tie-breaking MLS Cup Final match against Seattle coming up.

The 2019 MLS Cup Final will take place in Seattle this November 10, and it’s bound to be a heated affair: the same matchup of finalists saw Seattle win the cup in 2016, with Toronto FC taking the cup from Seattle the following year, sparking an ongoing rivalry that has persisted ever since.

It’s been a season of lows and highs for Toronto FC: after a rough patch of form in the early season, many fans had called for Greg Vanney’s head. With the arrival of players like Benezet and Gonzalez – along with the rise in form of players on comparatively small salaries like DeLeon, Laryea, and Endoh – the Reds have performed an absolute turnaround, rising through the ranks in the regular season and proving that they’ve still got the same mentality that earned them a treble in 2017.


While only time will tell if the MLS Cup will find itself back on display at the Toronto FC training grounds in Downsview Park, one thing is for certain: this is a team with a winning culture, and the city of Toronto may find itself home to multiple reigning championship teams in the near future.

Of course, Major League Soccer isn’t hosting the only cup final involving Canadian sides this November. This Saturday will usher in the second leg of the Canadian Premier League finals between Cavalry FC and Forge FC. After a dramatic 1-0 game in Hamilton which saw two red cards, three crossbar strikes, a penalty save, and a great goal, the second leg is bound to a fiery one, too.