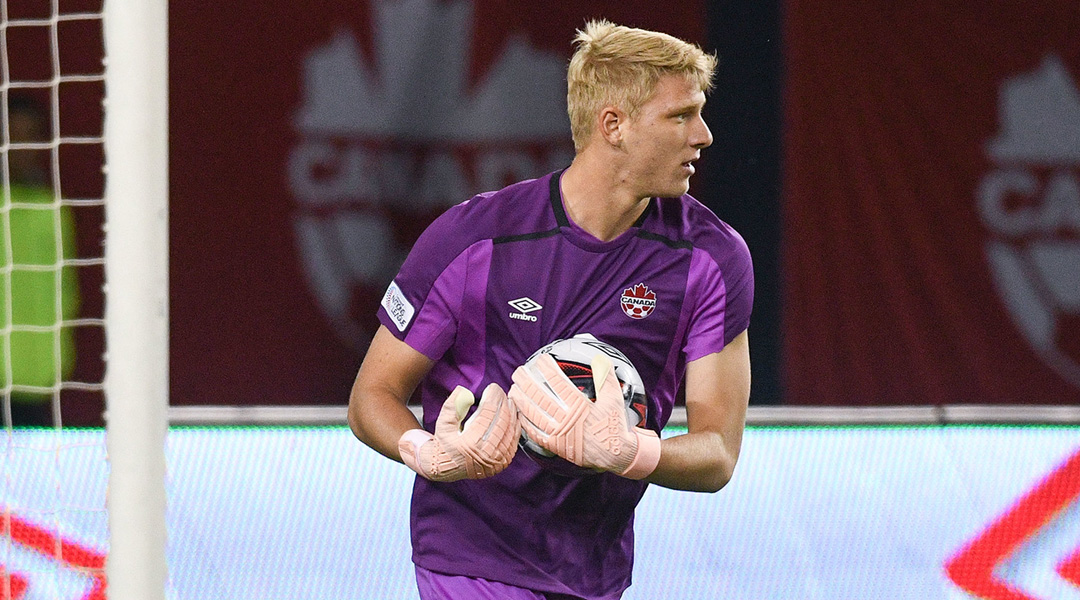 Is Alessandro Busti With Toronto FC?

Alessandro Busti may be Canadian, but he’s a name that may be more familiar to football fans in Italy than North America. The 19-year-old goalkeeper is a product of the Juventus Academy, where he has featured for the Juventus U-23 squad which plays in Serie C.

After nine years developing as a Juventus player, the youngster seems to have been quietly released at the end of his contract this July. Neither Juventus nor the player himself – who was just wrapping up his highschool finals at the time – have made any public statement about the matter, or announced the signing of a new contract.

It now appears that the Toronto-born keeper may have returned to his roots: today, Busti is making an appearance for the TFC2 squad as it takes on the SK Selects for the SK Summer Soccer Series in Saskatoon, Saskatchewan. Given that this is an exhibition match as opposed to an official USL League One fixture, it’s possible that Busti may simply be trialing with the club.


The SK Summer Soccer Series is a self-described litmus test that Joe Belan’s ownership group is using to determine if the province is ready to support a Canadian Premier League expansion club. Today’s match against TFC2 is the final game of this year’s series, which has seen the SK Selects take on both the Vancouver Whitecaps U-23s and the reigning USL2 champions in the Calgary Foothills.

The potential acquisition of Alessandro Busti is big news for Toronto FC fans: the highly-touted youngster is cap-tied to Canada after recording a clean sheet against Dominica last October, and is regarded as one for the future for the national team. Still, it’s possible the player is simply making a sole appearance for the SK Summer Soccer Series, though his future remains uncertain.

If the club has long-term plans for Busti, it shakes up the TFC goalkeeping pecking order even more: Alex Bono recently lost his starting spot to Quentin Westberg (though he will start every Canadian Championship game the club plays), with the club also retaining Caleb Patterson-Sewell on the roster. When it comes to the USL2 side, Yann-Alexandre Fillion (a 23-year-old Canadian on loan from FC Zurich) has been getting most of the caps of late.

Whether Busti remains at Toronto FC or not remains to be seen, but his appearance should certainly spark great interest to those who follow MLS or the Canadian national team.


For its part, the SK Summer Soccer Series has implied that the exhibition series will return next year, with the ownership group hoping that the curated squad will be able to play against Canadian Premier League opposition in 2020:

The CPL franchises have been very open to the idea of helping us build what we want of build, toward a CPL group. […] We hope and anticipate that next year we’ll be able to get to that CPL match in Saskatoon.

The ownership group has made it clear that it will keep making adjustments to the ‘CPL litmus test’ until the group feels that it’s launching under the most ideal conditions, which means that there’s no real set time limit for the venture. Canadian Premier League commissioner David Clanachan is hoping for at least one expansion side for the 2020 season, though as of right now it looks like fans in Saskatoon are, at the very least, looking at 2021 or beyond.

Saskatchewan-based football fans can take some solace in the fact that the series has, at least, kicked off to a promising start in terms of attendance. Whether it reaches the numbers that the ownership group needs to see consistently for a Canadian Premier League expansion club be a viable venture remains to be seen – much like the contract status of Alessandro Busti himself.