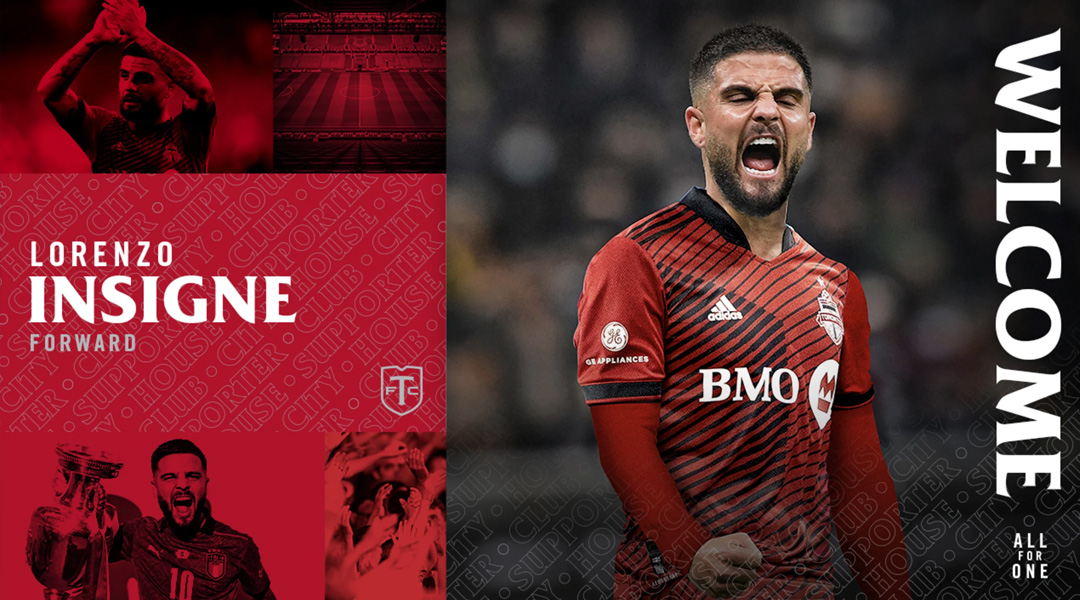 Lorenzo Insigne is a red, as unbelievable as it seems.

The Napoli Captain has signed a pre-contract with Toronto FC that will see him become a designated player with the MLS side on July 1, 2022, with the Italian international set to join on a four-year deal.

The 30-year-old has spent most of his career in Naples, where the five-foot-four forward has cemented himself as a world-leading winger. In order to bring a player of his caliber in on his prime, it is estimated that Toronto FC is banking as much as $15 million pre-tax per season towards his payroll.

Insigne has made a very Toronto-appropriate 416 appearances throughout his career thus far, with the forward scoring 114 goals and 95 assists all competitions. His win history includes a Super Cup win and two Coppa Italia victories, with the winger having accrued plenty of top level experience in both Serie A and the UEFA Champions League, too.

Without a doubt, he becomes one of the most highly-decorated athletes to join Major League Soccer in his prime.

This is a historic and exciting day for our club. Lorenzo is a world class attacking player in the prime of his career. He was a European champion with Italy and has performed on the biggest stages during his club career with Napoli. Lorenzo has the talent to change games. He plays the game with joy and passion, and our fans and supporters are going to love watching him as a member of our team.

The winger has also earned 53 caps for the Italian national team, scoring ten goals whilst in blue. He helped The Azzurri to a European Championship last year, too.

He becomes the second Italian star to join Toronto FC in a big-wave transfer, with Sebastian Giovinco having made quite a splash following his arrival from Juventus in 2015. Insigne will arrive with even higher expectations.

His transfer to Toronto FC has been a headline-maker over the last several weeks, with many not believing the Italian winger would make the jump during the early stages of negotiations. The transfer is reported to be the largest MLS deal ever made in terms of salary and bonus structures at an estimated $15 million per season, pre-tax.

With Toronto FC having fallen behind the pack in league standings in recent years – a far cry from its treble-winning 2017 season – Insigne will be the centrepiece of a rebuilt MLS side now helmed by head coach Bob Bradley. There’s plenty of moving parts to the club roster, with Toronto FC reportedly targeting Mexican centre-back Carlos Salcedo while full-back Richie Laryea seems set for Nottingham Forest.

With Insigne now set to terrorize MLS defenses, however, Bob Bradley has some Italian gold to work around.

It remains to be seen if Toronto FC’s capture of Lorenzo Insigne proves to be a watershed moment for the league: this is a Major League Soccer side securing an Italian national team member in his prime, convincing him away from completing a one-club career. What follows after this could certainly change the face of the league – though that’s something some feel Insigne is capable of doing on his own.