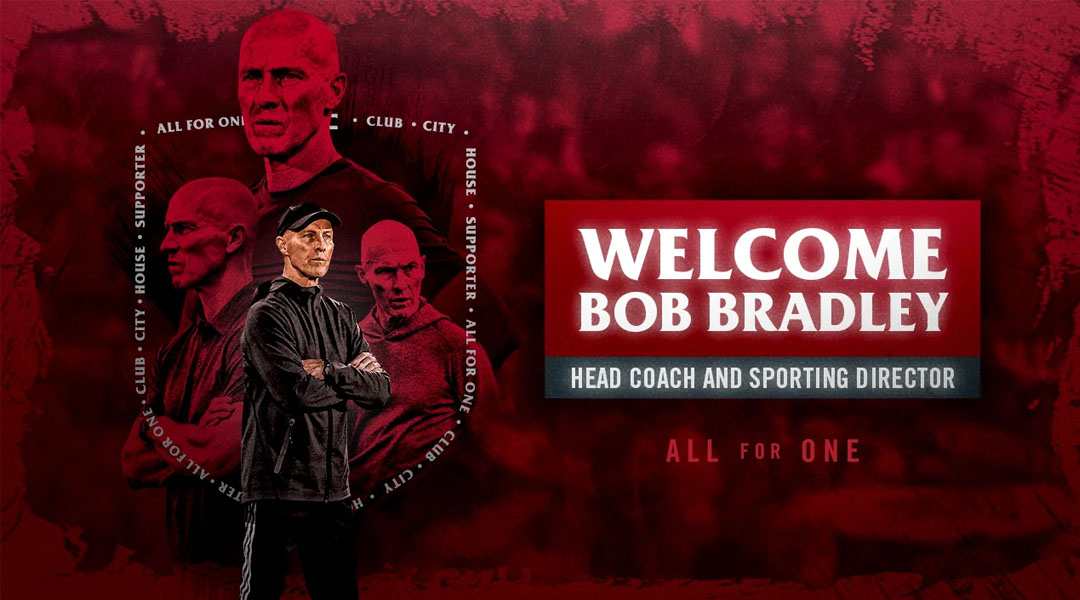 The 63-year-old arrives with plenty of expectation on his shoulders: Toronto FC will be expecting him to guide the side back towards the glory days it enjoyed under Greg Vanney, though the club currently sits some distance from such. The 2021 MLS season saw the club struggle with league results, firing Chris Armas midway through a season that ended without any silverware.

Bradley is a veteran MLS coach of over twenty years, accruing three MLS Coach of the Year awards in 1998, 2006, and 2019. Having coached for the likes of Chicago Fire, The MetroStars, Chivas USA, and most recently LAFC, he appears a logical choice to restore a higher level of standards at BMO Field.

We are excited for Bob to get to work. We are entering an extremely important offseason and know we have a team that needs a significant makeover. Bob has experience putting teams together and in getting them to perform at a high-level. He understands the expectations and standards of TFC and is ready to take on this challenge.

Bradley spent the last four seasons at the helm of Los Angeles FC after a short-lived stint with Swansea City in the English Premier League, with his return to MLS seeing him collect an impressive 58-34-32 record in California while also reaching the Concacaf Champions League Final in 2020.

Bradley has also coached at the national team level, having previously coached the USA from 2006-2011 and Egypt from 2011-2013. Following that, his club coaching went abroad in Norway, France, and Wales before his return stateside with LAFC.

His new chapter with Toronto FC marks the sixth country Bob Bradley will have coached in. His accolades include an MLS Cup in 1998, a Supporters Shield in 2019, and two US Open Cup titles in 1998 and 2000, respectively.

I want to thank Bill Manning and the board at MLSE for trusting me with this project. I have seen firsthand the passion that Toronto has for football and the way the club has connected with the city. I look forward to putting a team on the field that will make our fans and supporters proud.

Having coached in MLS longer than Toronto FC has existed, he actually outranks the franchise in all-time victories at 182 to 153. Bradley has the third-most MLS wins of any coach, behind only Bruce Arena and Sigi Schmid.

With Justin Morrow now retired, Jozy Altidore expected to leave, and general manager Ali Curtis having parted ways with the franchise this week, it’s time for change aplenty at Toronto FC. The extent and success of what change will come is, of course, still to be seen.