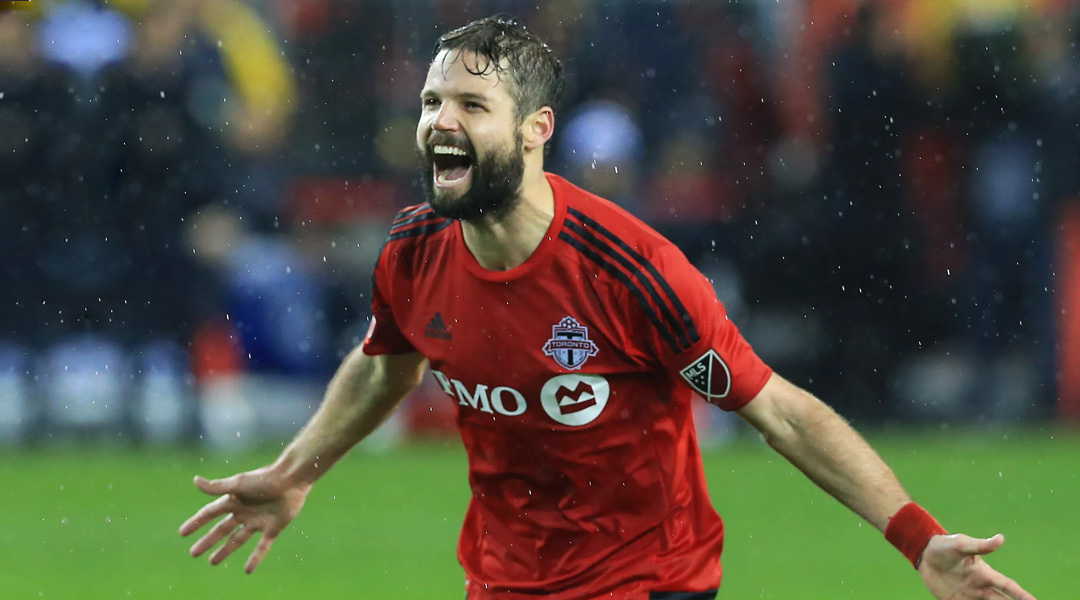 Drew Moor is on the precipice of something that few Major League Soccer players achieve: 400 appearances across all competitions.

An appearance against the Vancouver Whitecaps tomorrow will push him from 399 to the big 400. The 35-year-old knew that he was somewhere near that number, but didn’t realize he was so close to the exclusive 400 club. Having won the MLS Cup twice (with Colorado Rapids and Toronto FC), and also having won two Canadian Championships and the Supporters’ Shield during his time in Toronto, the veteran defender has had journalists broach the subject of an eventual retirement more frequently of late.

Speaking with Sportsnet’s John Molinaro, Drew reiterated his drive to keep on playing for as long as possible:

“It’s funny, with social media these days and with some of my younger teammates, I get asked is retirement coming for me. Of course, it’s coming for everybody. But I still think I have a lot to give as a player. Whether that’s as a day-in and day-out guy for a year or two, or whether it’s as a good locker room guy who can fill in, I’ll play until my legs fall off.

I do think every day about there being life after my playing career is over, so I keep that in mind, but my hunger and drive to continue to compete as a player hasn’t gone away. In fact, I feel like it’s stronger as time goes on.”

Toronto FC triggered an extension clause on his contract at the end of the 2018 season, but this agreement will expire when the current season concludes. Moor hasn’t begun any contract renewal talks with new TFC GM Ali Curtis, but he’s not worried – that’s par for the course.

Since I’ve arrived, we’ve taken it one year at a time. We don’t start talking to management until right towards the end of the season, and I can’t imagine this year being any different. But I’d love to finish my career here.

While his days of playing 30+ games a season are in the rearview mirror, Moor contributes both first-team worthy talent and the kind of high-level organization skills that only an MLS veteran can provide. The TFC backline consistently performs better when Drew is pulling the strings, and his absence due to injury in Toronto FC‘s disastrous 2018 campaign was quite noticeable.

While it remains to be seen if Drew Moor gets a one-year extension when the season concludes, it’s fair to say he’s been one of the most dependable defenders the Reds have ever had. He’d like to continue in that role for as long as he can.

His voice on the backline, as it turns out, may not leave BMO Field for good when he does eventually retire: Moor revealed that he’d be interested in a broadcasting career after he hangs up his boots. While many had said he’d make a good coach, he says he simply wouldn’t enjoy it – but after doing some TV work for the Rapids during an injury spell, he was bitten by the broadcasting bug.

Wherever Drew Moor ends up, it’s playing that’s on his mind right now. Having said he’d like to play until his legs fall off, he evidently still has plenty of fight in him. If he does end up retiring as a Toronto FC player, the former US international will be given quite the secondoff – but Moor will cross that bridge when he gets to it. After all, there’s a game tomorrow.